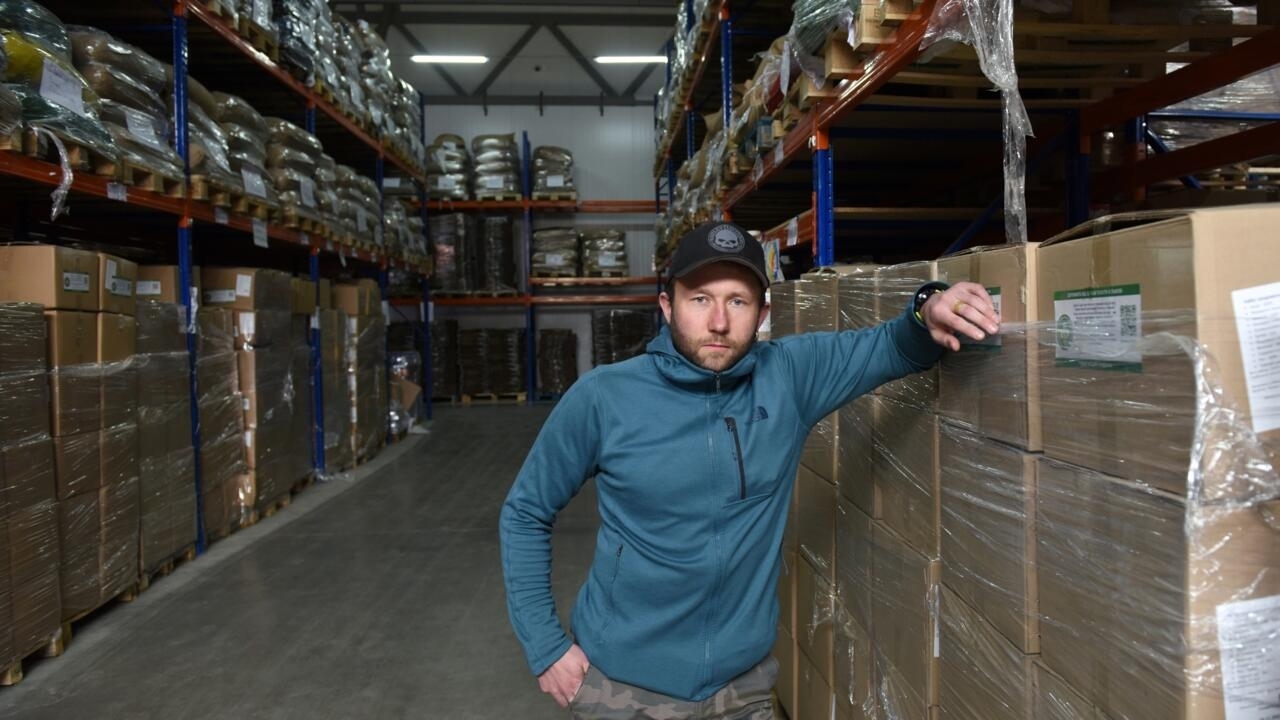 Behind the front lines, Ukrainians find a world of ways to help

Lviv (Ukraine) (AFP) – In a crowded warehouse in war-torn Ukraine, a 35-year-old volunteer, Roman Kolobochok, said his friend on the front line needed a rifle scope and was going to find one for him.

His friend had sent him a link to a website for the telescopic lens he needed, and he was in the process of ordering one from the United States.

In times of war, everyone should contribute with their best skills, said the veteran scout from the western Lviv region.

“If you’re a good hustler, you should do this,” he said.

Standing between shelves filled with donations from around the world, the impromptu logistician is just one of many volunteers across Ukraine applying a range of talents to help.

Before the war, Kolobochok ran the memorabilia department of a restaurant chain, but also traveled to the United States as part of his job as a medical courier for a Ukraine-based surrogacy company, he said. -he declares.

After the invasion of Russia on February 24, he asked his restaurant bosses to borrow a corner of their warehouse.

Today, a team of fellow Scouts receives requests for help from across the country on a messaging app, then carefully matches them with available supplies on a multicolored spreadsheet.

The warehouse shelves are stocked with everything from sleeping bags and tents to flour, coffee drinks, medical gloves and soap. In a medicine section, insulin sits in the refrigerator.

In recent days, scouts sent humanitarian and medical aid to the capital Kyiv, the eastern city of Kharkiv and Mykolaiv near the Black Sea, Kolobochok said.

But with around 50 fellow scouts now fighting the Russians, his team is also actively seeking night vision goggles, GPS systems and food ration packs for the army.

The response has been overwhelming, he says.

Foreigners donate and Spanish scouts have sent aid trucks. One American even took time off from his job in Texas to fly to Philadelphia, where he collected 100 trauma first aid kits he had purchased and then drove them to a New York airport.

Within days, they managed to raise enough funds to purchase a drone.

“The world is supporting us,” Kolobochok said.

At another storage point in the city of Lviv, fellow scout Anastasiia Sokhatska stood amid piles of homemade camouflage nets, mineral water packs, tactical boots, flags and a few boxed chainsaws for that the fighters build hiding places.

When the military needs something, she says, she and her fellow volunteers raise money on social media, pick up the supplies, and then make sure they’re delivered.

“I need to help. This is my country,” she said, as two young men next to her packed their bags.

Earlier in the day, she had learned that a close friend who was to celebrate his wedding this summer had been deployed very close to the Russian border.

“I just don’t have the ability to do nothing,” said the 26-year-old, who worked in the IT industry.

Being a woman was also an asset.

Ukrainian men of fighting age are not allowed to leave Ukraine, but women can travel back and forth across the neighboring Polish border, carrying donated goods and equipment.

“I’m going there because I’m a woman, and I can just go abroad,” she said.

But it’s not just scouts helping behind the front lines.

When a huge wave of families fleeing the fighting arrived in Lviv at the start of the conflict, everyone pitched in as they could.

At Les Kurbas theater in the city center, actress and singer Natalia Rybka-Parkhomenko arranged bedding for more than a dozen displaced people from her hometown of Kharkiv to sleep on stage.

At another makeshift shelter housing hundreds of evacuees, veterinary student Dasha Bondarenko, 19, has been helping register new arrivals and find them clean clothes for weeks.

When 29-year-old wedding planner and taxi business owner Pavlo Bodnar couldn’t join the army, he left to volunteer at the train station.

He got a rare permit to drive his car during the night curfew, and now offers free rides to people fleeing war, or even returning from abroad, when they arrive at the dock after 10 p.m.

“I’ve organized people who have cars because I’m in the auto business,” he said.

Now “I have my own fleet of people who can transport people during curfew.”