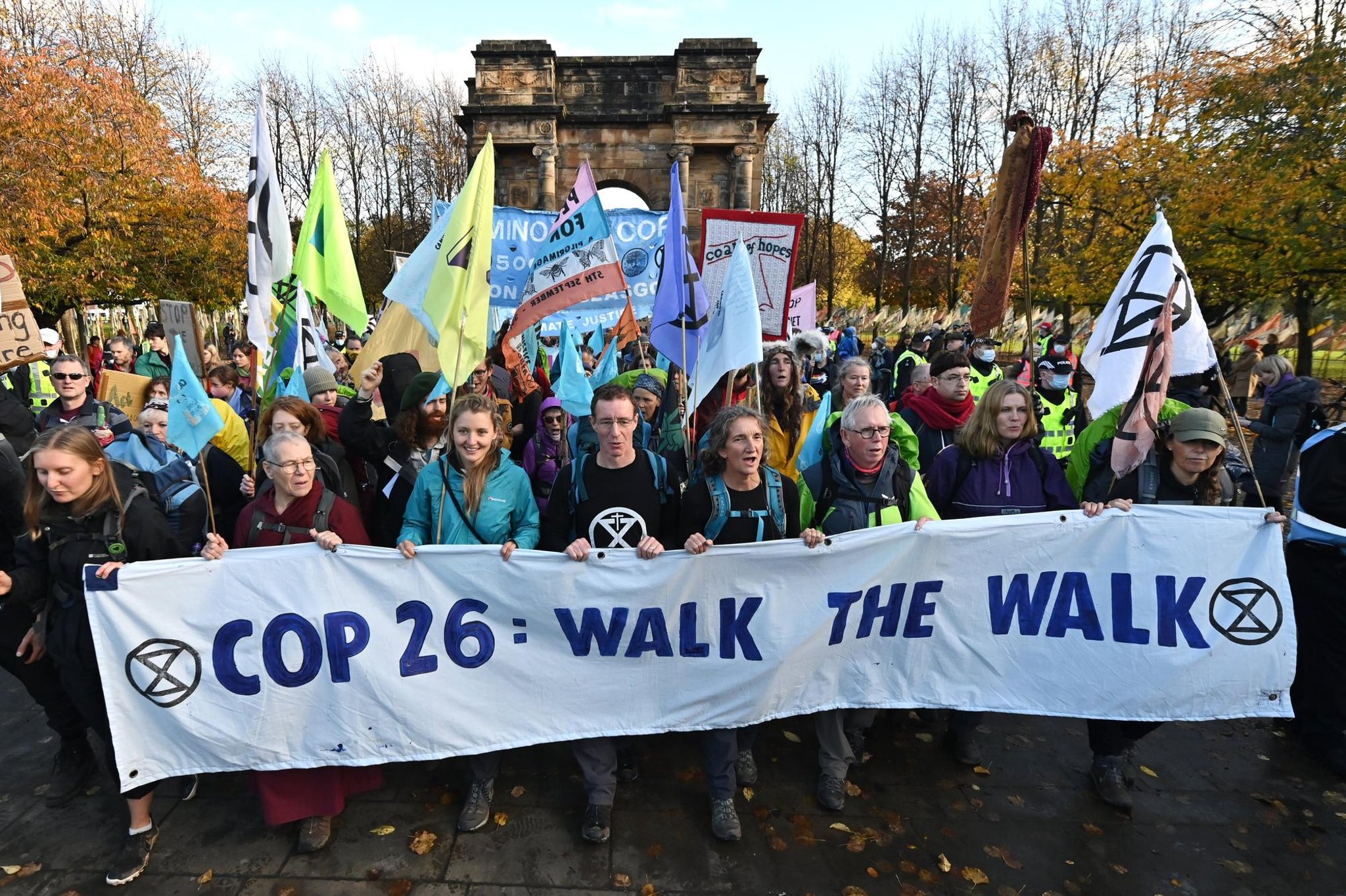 COP26 climate summit: reducing carbon emissions from transport is vital. But will the public understand the need to be less selfish? – Alastair Dalton

Jennifer Morgan, executive director of Greenpeace International, told the BBC Newscast podcast: “Take an issue that is really close to your heart and follow it through.”

Addressing her presenter Adam Fleming, who, like me, admitted to being nervous about the scale of the climate change conference, she added: “Don’t try to figure it out absolutely.”

Register now to our Opinion newsletter

Register now to our Opinion newsletter

It was reassuring to hear, as only transport will need to play a key role if the summit’s goals of reducing emissions to slow the rise in global temperatures are to be met.

The organizers of COP26 stressed that cars, trucks and other road vehicles alone account for ten percent of global emissions – and that they are increasing faster than those of any other sector.

In Scotland, transport produces more than a third of the country’s emissions, two thirds of which come from roads.

According to the United Nations, the pace towards zero-emission vehicles, such as electric and hydrogen-powered vehicles, needs to be dramatically accelerated by “building consensus” at the international level on the need to speed up the process.

The UN wants to commit to ending the sale of new gasoline and diesel cars and vans in “advanced markets” by 2035 and globally by 2040.

However, a map on the conference website shows that only eight European countries – including the United Kingdom – have entered this timescale, with only California, Singapore and Cape Verde.

France and Spain have set a target of 2040, while the vast majority of the world’s land mass – and therefore most of its roads – are shaded an ominous gray on the map to indicate the lack of an engagement fast enough to follow suit.

COP26: from cycling to the summit on climate change? There’s nowhere to leave your bike – Al …

Transport is due to have its turn at COP26 on Wednesday. But unfortunately, that means everyone in the industry will be talking at the same time – with the risk that their individual messages will not be widely covered, or they will drown each other.

It already looks like the Edinburgh Festival Fringe in one day, and invitations to the event are still pouring in.

I expect countless other organizations to offer commentary on every conceivable aspect of transport and its role in tackling climate change.

All of this and more is staged in addition to official announcements, events, and speeches from the conference platforms.

But, being optimistic, perhaps the sheer volume of transport voices could make more people realize that whatever governments do, they, as drivers, passengers and passengers, are at the forefront of the changes needed. .

If a cohesive message emerges, it certainly needs to be heard, as people need to be less selfish about how they move.

To give a small example, the tens of thousands of delegates are encouraged to make emissions-free journeys by going to COP26 by electric train or – for free – by electric shuttle.

Meanwhile, some drivers sat near sites with engines idling, including several police vans – a glaring example of how the climate emergency has yet to hit everyone.

A message from the editor:

Thank you for reading this article.

We depend on your support more than ever, as the change in consumption habits caused by the coronavirus is having an impact on our advertisers.

If you haven’t already, consider supporting our trusted and verified journalism by purchasing a digital subscription.