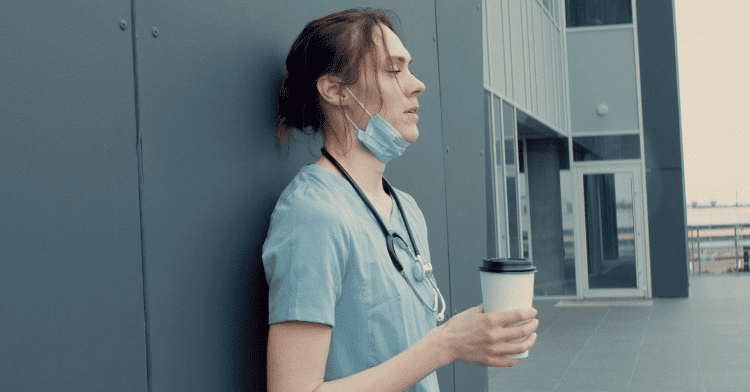 Applauding health and care workers was one thing: Europe needs to recruit and retain more of them.

The European Union of Public Services (EPSU) and its affiliates have long been warning of the growing shortage of staff in health and social care and its negative consequences. Privatization, austerity and general neglect have led to severe understaffing, with Covid-19 only exacerbating the problems. Before the next pandemic, there is an urgent need to finally act to make the sector more resilient.

More worryingly, of 18 countries that provided relevant data, nine reported “widespread” shortages of nursing professionals, five of general practitioners and health assistants and four of associate nurses. Many of these occupations, particularly nursing, have been among the top ten shortage occupations since at least 2018, although they climbed up the rankings in 2020 due to Covid-19.

The pandemic has also exacerbated long-term social care shortages. An EPSU report showed that employment in care settings across the European Union contracted by 9.5% between 2019 and 2020, a loss of over 421,000 people. In this year’s European Semester Country Reports, prepared by the European Commission, Italy and Germany were the only EU Member States not subject to concerns about staff shortages and/or or poor working conditions in health and care.

Our job is to inform you!

Subscribe to our free newsletter and stay up to date with the latest content from Social Europe.

Please check your inbox and click the link in the confirmation email to complete your newsletter subscription.

These warning signs were reinforced last week in a report by the European Region of the World Health Organization. Health and Care Workforce in Europe: Time to Law echoes the many demands of health trade unions (and indeed employers’ organizations) to recruit, and especially retain, workers. The urgency of the title was emphasized by Dr Hans Henri Kluge, WHO Regional Director:

The WHO has made no direct recommendations on pay or working conditions, as these fall within the remit of its sister UN agency, the International Labor Organization. But many of the ten actions it recommends could be used, directly or indirectly, to improve employment in the sector. The fifth action calls for working conditions that promote a healthy work-life balance; action six for the protection of the health and well-being of the workforce; action 9 increase public investment in education, development and workforce protection; action two continuing professional development to equip the workforce with new knowledge and skills, and action four strategies to attract and retain health workers in rural and remote areas.

Action six in particular is linked to the wider demand for a directive on psychosocial risks. Also last week, a mental health initiative was promised by committee chair Ursula von der Leyen in her State of the Union address. This sentence, however, was von der Leyen’s only reference, even indirectly, to health, with health workers now removed from the picture.

Some of the WHO recommendations are, however, already in the updated action framework on recruitment and retention in healthcare signed in June between EPSU and the European Association of Hospital and Healthcare Employers ( HOSPEEM). The framework aims to ensure that a health system is “staffed with an adequate, continuously trained and motivated workforce”, including by promoting better work-life balance and continuous professional development and by ensuring healthy and safe workplaces.


We need your support

Social Europe is a independent editor and we believe in free content. For this model to be sustainable, however, we depend on the solidarity of our readers. Become a member of Social Europe for less than 5 euros per month and help us produce more articles, podcasts and videos. Thank you very much for your support!

Become a member of Social Europe

Worrying data on staffing shortages and associated calls for action from WHO and social partners reflect growing awareness through trade union demands and actions by health unions. In the past seven months alone, EPSU affiliates in France, Greece, Austria, Belgium, Portugal and Ireland have staged one-day strikes, rallies and other actions to highlight the need to increase staff and salaries.

And there have been successes in negotiating new contracts with employers that include wage increases to combat inflationary pressures and provisions to combat excessive workloads. In April, Dutch unions reached agreements covering 700,000 public sector workers, including nurses and social workers, which included higher wages, action on workloads and better conditions. In the same month, the Bulgarian trade unions CITUB and Podkrepa signed a collective agreement with the Ministry of Health which provided salary increases for doctors and nurses – not only a recruitment attraction but an obstacle to emigration.

Italian federations FP-CGIL, CISL-FP and UIL-FPL negotiated a three-year agreement in June, covering 550,000 healthcare workers, which includes increased wages and improvements to remote working and furloughs. Finally, the German government has proposed legislative measures that implement the long-standing demands of the civil service union ve.rdi for needs-based staffing. There are, however, worrying developments in Finland, where the government plans to reduce the right to strike for nurses, which provided for a collective resignation to underline the need to address staff shortages.

Applause is not enough for nurses, doctors, care assistants and other health and social workers: they need salary increases and investment in recruiting new staff, which also means increasing the capacity of the systems of education and training. At this year’s WHO Europe conference, many non-governmental organizations backed an EPSU-led statement that governments had “a crucial responsibility to secure and provide the funding needed to scale up investment in recruitment and retention of health and care professionals as well as to improve needs”. -based on staffing”.

There can be no return to austerity and no more wage freezes in the public sector, especially given the current high inflation. Spending on health and social protection is a reward-generating investment in a healthier and more resilient society, better able to withstand shocks such as the pandemic. The commission and national governments should learn this lesson as soon as possible.

Adam Rogalewski is policy manager for health and social services at the European Federation of Public Service Unions, having worked for UK public services union Unison, Swiss general union Unia and Polish federation of trade unions OPZZ. He holds a doctorate from the London Metropolitan.

Phil Freeman is a master’s student at Political science, Paris, and Bocconi University, Milan. He was previously a intern to the European Federation of Public Service Unions.

2022-09-19
Previous Post: France’s most popular car is back – but not as you know it
Next Post: How India Influenced Western Aesthetics