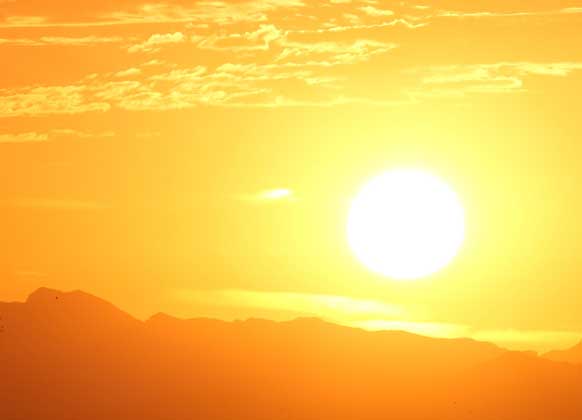 Due to the current cost of living crisis, more people than ever are looking for alternative lifestyles as energy surges and the economy impact the quality of life in the UK.

While the UK’s ‘digital nomads’ are content to move to sunnier climes for the winter months, UK pensioners are quietly making their own plans. Google searches for ‘best country to retire from the UK’ have increased by 94.1% over the past 12 months, revealing ever-increasing demand for retirees to move abroad in search of a better quality of life.

Now that retiring abroad is more desirable than ever for many Britons, financial experts at Penfold looked at what exactly makes some places more popular than others.

Analyze the top countries where Brits are already most likely to retire to* and compare each to 12 key lifestyle factors** (including current exchange rate, healthcare costs, average cost of flights from the UK and the amount of money needed to apply for a visa), Penfold can now reveal a definitive list of the best countries to retire to.

The 15 best countries to retire to

Croatia tops the list of best countries to retire. The main advantage of moving to Croatia in retirement is a much better cost of living, including rent, compared to staying in the UK. Croatia scores 28.47 in the cost of living index, compared to 46.42 for the UK, which means that rental costs and the price of daily living account for almost half of those of life in the UK.

Croatia also scores highly due to the fact that it only takes an average of 2 hours and 5 minutes to get there from the UK, with relatively cheap average flight costs. Friends and family can visit easily, and flying home to visit is also convenient. Additionally, financial worries can be alleviated if health care issues arise, and it also has one of the lowest bank balance requirements for those wishing to apply for a visa in order to relocate (the equivalent in crowns of £2,839 is required to apply).

Spain is already well known as one of the most popular countries for British expats. While British retirees choose Spain for its laid-back lifestyle, warm weather and beautiful beaches, the climate isn’t the only factor influencing retirees. settle into their golden age.

With cheap flights and a relatively short flight time to get there, Spain is one of the most ideal retirement destinations. Spain also ranks highly in terms of happiness, scoring high in happiness surveys while being one of the safest countries in the world to move to, with a score of 83 out of 100 in the World Safety Index.

The third best country to retire to for Brits might come as a bit of a surprise. What Ireland lacks in its temperate climate, it makes up for in phenomenal healthcare, plenty of green space and its proximity to the UK.

Ireland is also one of the happiest and safest countries to settle in. To move to Ireland, pensioners will only need the equivalent of €7,000 in their bank accounts, meaning this country is opening its green doors to a much wider range of people, regardless of their financial circumstances. .

The cheapest countries to retire

Making the decision to retire abroad is not easy, but there are many reasons why Brits may decide to move for their retirement, but ultimately the biggest factor is finding a better quality of life – and often cheaper.

Countries like the Philippines, Thailand and South Africa top the list when it comes to cost of living, with costs halving what retirees can expect to pay in the UK. Among the European countries analyzed, France, Italy and Cyprus all follow the top 3 listed above for a cheaper cost of living, including rent, than the UK currently.

The quality and costs associated with health care are two other important factors to consider when planning a move abroad for retirement. Countries that combine a higher than adequate standard of living with reasonably priced health care provide a higher and balanced quality of life when people move abroad in their old age.

While Ireland has some of the best healthcare facilities in the world, ranking higher than the UK, the cost of such healthcare is also one of the highest. Similarly, the Philippines has the lowest costs among the countries listed, but the worst quality of facilities. Countries like Spain can offer a combination of good health care, at a moderate cost, with facilities ranked 24th in the world for the quality of their care.

The possibility for family and relatives to be able to visit pensioners who decide to settle abroad is an important factor. Although countries like Ireland are not drastically different from the UK in terms of climate, this is compensated by the short travel time and low cost of the flight. Even the hottest countries like Spain can offer flights at an average of £72, with flight times as fast as 2 hours or less.

Many countries require expatriates to have a certain amount of money in savings in order to apply for a visa. This can make relocation in retirement but countries like Canada, USA and South Africa will allow you to get a permanent visa with the equivalent of £10,000 or less in your account. Even better, Thailand, the Philippines and the United Arab Emirates each need less than £1,050 in savings to be able to apply for a resettlement visa.

The most beautiful countries to retire

Finding a place that is as secure as it is financially comfortable is another of the most decisive factors when relocating abroad, as is ensuring long-term happiness in the new community; Having an active social life is an essential part of retirement, regardless of the country chosen to retire.

Croatia, Greece, France and Italy have the largest population of citizens over 65 at over a fifth of the population, while Spain is not far behind. The combination of an improved quality of life with a pleasant climate and opportunities to enjoy a social life make these countries the most attractive in the world for British expats.

In terms of overall friendliness, New Zealand, Australia and Canada all score higher than the UK on overall happiness scores, and also have the highest country safety scores. analyzes. It’s a shame these are some of the furthest countries from the UK and, in the case of New Zealand, the most expensive to travel to with the average flight costing almost £2,000.

For the full report on Best Countries to Retire, please visit: https://getpenfold.com/news/best-countries-retire