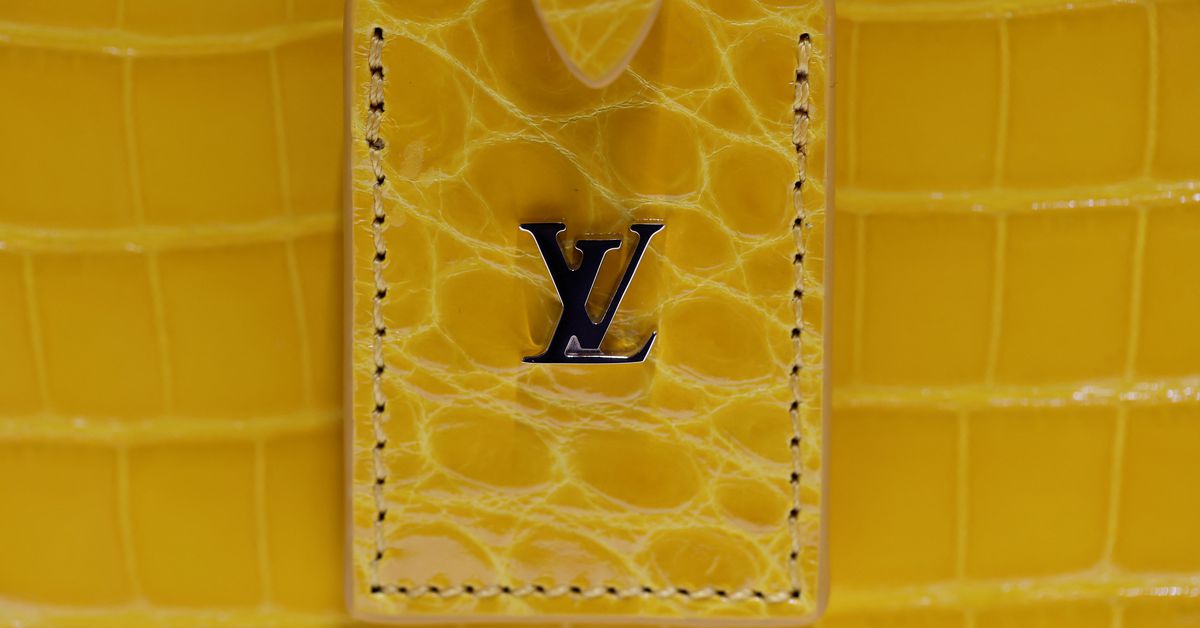 A handbag made at Atelier Louis Vuitton is pictured during the inauguration in Vendome, France, February 22, 2022. REUTERS/Benoit Tessier/File Photo

High-end fashion brands drove sales of its biggest division, fashion and leather goods, on a 30% like-for-like basis, beating analysts’ expectations of 17%, according to consensus estimates cited by RBC.

“The year is starting on a high note,” Bernstein’s Luca Solca said, citing “another material beat” in consensus expectations, particularly the fashion and leather goods business.

Dior and Celine have grown faster than other brands, while Louis Vuitton “is never very far from the division average,” LVMH chief financial officer Jean-Jacques Guiony said on a call with analysts. .

The group will continue to raise prices for its fashion brands – but reasonably – to reflect the cost of doing business, the executive said.

Prices in the luxury industry have risen in the past six months by around 8% since September last year, with increases in the range of 20% to 23% at Louis Vuitton and Tiffany, according to the recent estimates from HSBC.

Watch and jewelry brands also performed well, with sales of high-end products up 19%, boosted by Tiffany, particularly in the United States. The American luxury brand is the subject of a renewal campaign led by its new French owner targeting a younger audience, with marketing campaigns featuring K-pop star Rose wearing chunky gold jewellery.

The traffic of Sephora stores in the United States and France contributed to the growth of sales in the selective distribution division, which recorded organic growth of 24%. But the travel retail business of luxury group DFS continued to suffer from travel restrictions in Asia, particularly in Hong Kong where tourists have not yet returned.

DFS’s turnaround efforts could help it break even this year, Guiony predicted.

The executive sought to reassure investors concerned about disruption in China due to restrictions aimed at preventing the spread of the coronavirus, although he warned that in addition to lockdowns in Shanghai and Shenzhen, traffic is down in cities that are not affected by such measures, with people traveling less.

“Obviously this is an impact – this is a fairly recent impact, so you don’t see it in the numbers,” he said, noting that the effects seen in April through present are similar to those of the second half of March. Drawing on the experience of previous lockdowns in China, the executive predicted demand would return quickly once restrictions ease.

“It’s probably worth looking past the 2Q disruption in China,” said Citi, which plans to maintain a buy rating on the stock. , in the three months to March at 18 billion euros, beating a consensus estimate of 18% growth, cited by Jefferies.

Hermes will release its first-quarter sales on April 14 and Kering on April 21.

2022-04-12
Previous Post: Emerging Big Data in Healthcare Market Trends, Future Growth and Overview, Set for Rapid Growth and Trending by 2020-2027
Next Post: Bank holiday weekend will be the busiest on the roads ‘in years’