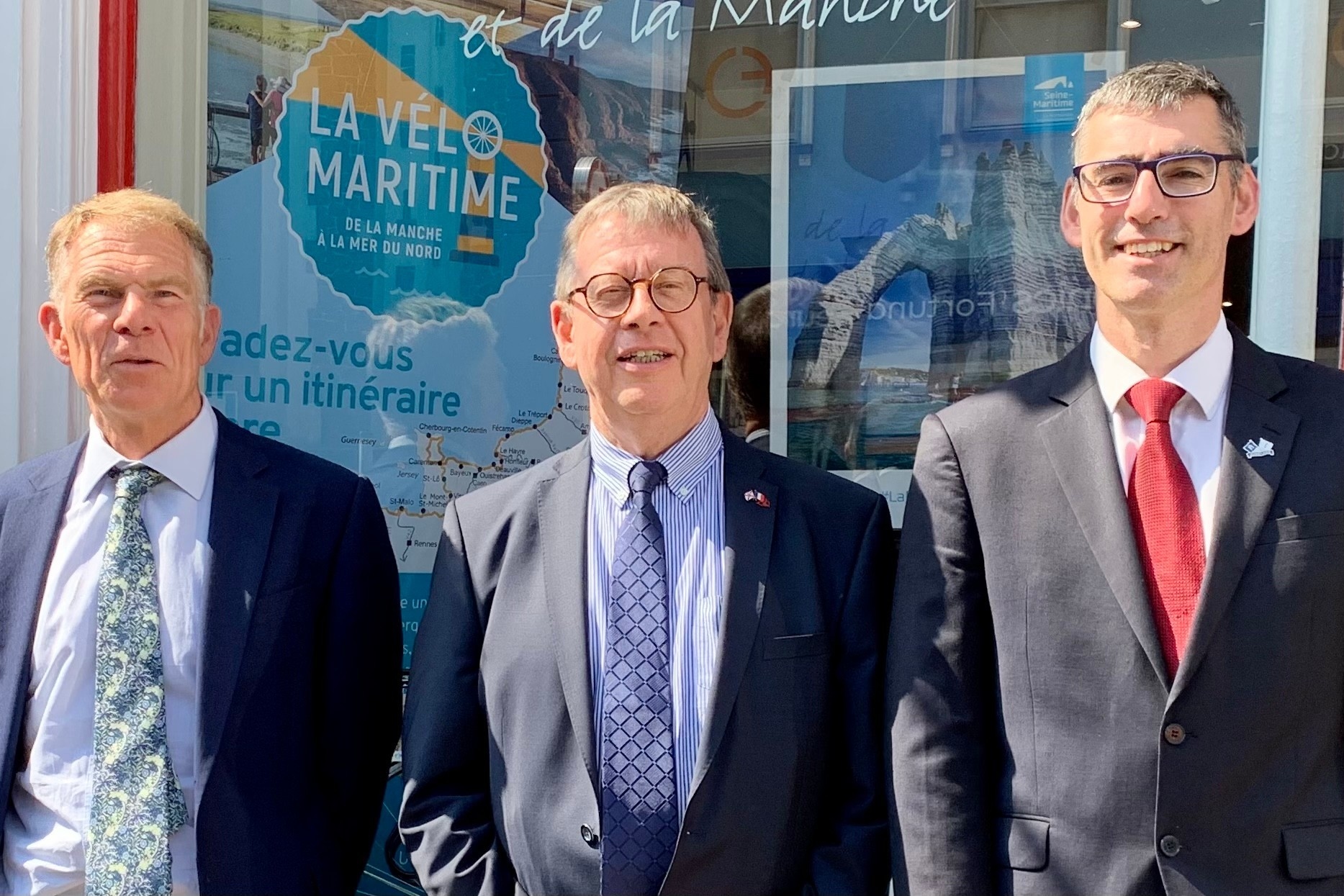 Discussions in French focus on passports

STRONGER links between Jersey and France, including transport links and interest in the island from a French hotel operator, were discussed when a political leader from Normandy visited the island.

Morin described the discussions as “rich”, covering topics of common interest such as passports, cultural and agricultural exchanges and fisheries.

Deputy Morel, who met Mr Morin when he came to Jersey for the Corn Riots Festival in 2021, said there were already indications stronger ties could be mutually beneficial.

He said: ‘The relationship has already led to a conversation with a French hospitality company, who I hope will be visiting Jersey soon.’

Deputy Morel said he also hoped to advance talks with French retailers who may seek to expand into Jersey – this would have a positive effect on the resilience of the island’s supply chain, which currently depends many from the UK, he added.

Another aim cited by MP Morel was to explore whether a solution could be found to allow French day-trippers easier access to Jersey after post-Brexit rules left most requiring a passport to travel.

“We have lost 80% of our day trippers which is costing the island a lot of money,” he said. “We need to see if we can find a pragmatic solution, like the one we have for French schoolchildren who can use identity cards.”

Establishing a strong relationship with ferry operator Manche Iles Express was another item on the agenda – MP Morel said this could strengthen ties with France but also enable greater connectivity between the Channel Islands.

Talks also took place between Mr. Morin and the local branch of the Parliamentary Assembly of La Francophonie, an international organization bringing together parliamentarians from countries where French is spoken.

MP Montfort Tadier, president of the Jersey branch, said he was delighted to meet Mr Morin for the first time and felt it was important for the island to actively engage with its French neighbours.

He said: “Jersey is at a crossroads in terms of relations with Normandy and Brittany, some of our ties have broken down and I think it’s important to show that the island is not entirely English speaking. and oriented towards English.”

Deputy Tadier said while some of the problems resulting from Brexit, including tighter passport checks, were not directly within Jersey’s control, he hoped improved connectivity would be one of the small factors that could make a positive difference.

“It used to be that islanders could take day trips to France most weekends during the summer, but the schedule hasn’t turned in our favor for some time,” he said.