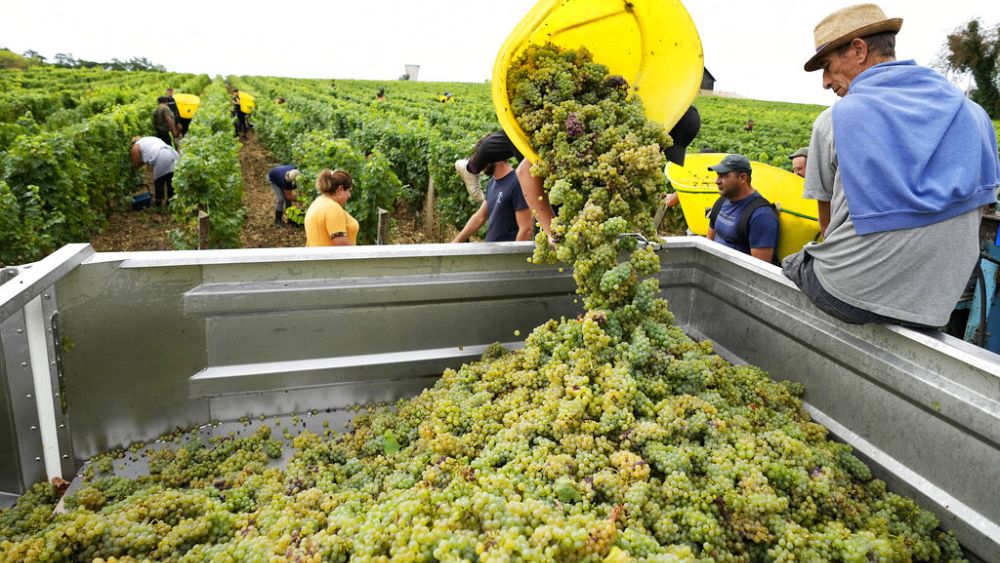 Intense droughts this summer have damaged all kinds of crops in Europe. Grain, honey and wine producers, for example, struggle to deliver normal production levels and ensure consistent quality.

Extensive heat waves have endangered the production of European regional specialties, such as world-famous French cheeses and Spanish jamón. These products are protected by a European seal which certifies their quality and traditional character. To achieve this status, however, products must be made in a certain way. And this year’s summer drought has caused problems.

Begoña García Bernal, regional Minister of Agriculture, Rural Development, Population and Territory of Extremadura, Spain, explained to Euronews the impact of the heat wave on his region.

Extremadura is the poorest region in Spain, but it produces the world famous Iberico ham.

Descended from black Iberian pigs, the cattle feed on acorns and oak groves. But the summer weather has disrupted the supply, meaning farmers are struggling to consistently produce the same quality.

Other regions with regional protection status face similar problems across Europe. And, in order to ensure the same guaranteed products, supermarket prices may need to increase to accommodate the more intensive production process.

“It’s important because the consumer doesn’t want to pay more for the product because of its relationship to biodiversity,” Bernal explains. The regional Minister of Agriculture added that prices should not increase because farmers apply “good practices in the fight against climate change. These products are produced in a traditional way, which belongs to rural areas”, concluded Bernal .

The heat wave did not only affect the products protected at the regional level. According to JRC MARS Bulletin, a crop monitoring survey in Europe, its records for August show that hot, dry weather had a significant impact on produce. Grain corn, for example, is down 8.6%, sunflower production down 5.5% and soybean production down 9.6%.

Watch Begoña García Bernal’s interview in the video above

2022-09-21
Previous Post: 4 reasons to take out a personal loan for debt consolidation
Next Post: The Artificial Intelligence (AI) Robots Market Is Expected