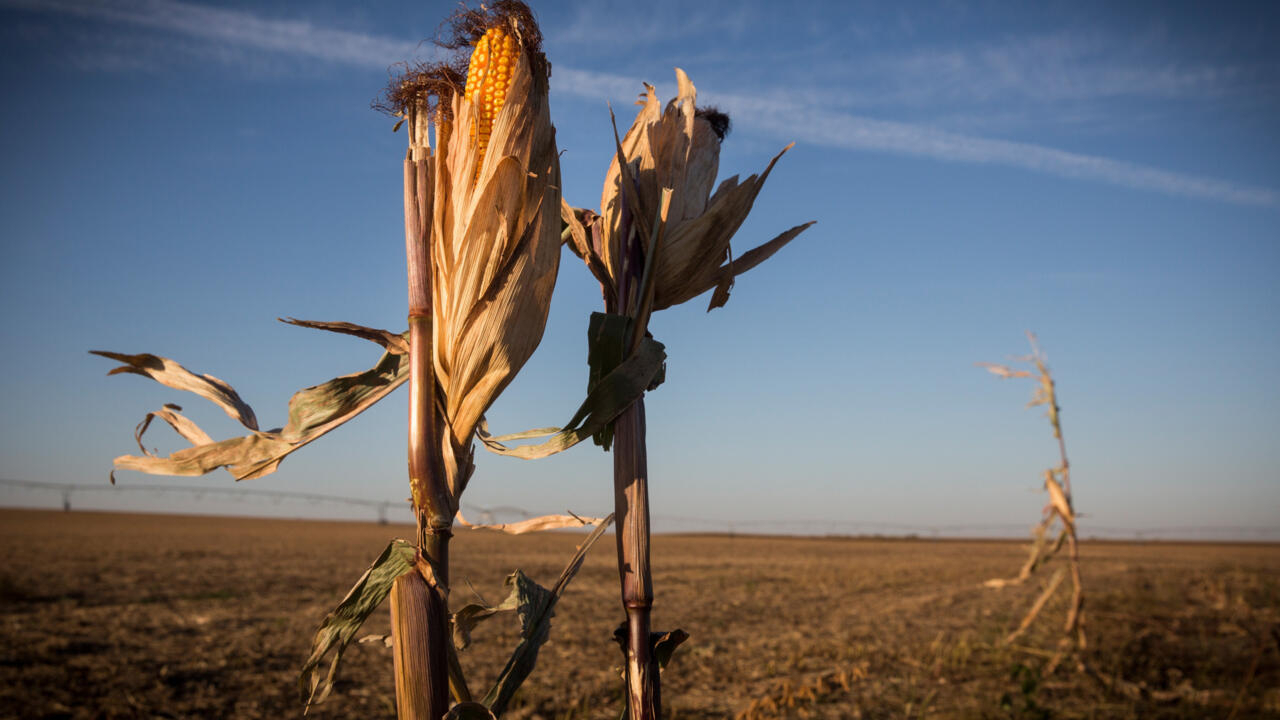 Farmers in the US Midwest battle prolonged drought

New York (AFP) – Months without rain have left farmers in the vast US Midwest, part of the country’s essential “breadbasket”, to see crop yields plummeting, with some fields too damaged to harvest.

Much of the rest had shrunk under the relentlessly hot sun.

The drought attracted grasshoppers, which threatened the flowers the Tuckers also grow – until they introduced praying mantises to control the winged pests.

While the American West has suffered from water shortages for years, the Midwest hasn’t seen such bad conditions since 2012.

Her husband, whose grandfather farmed those same fields, says things haven’t been this bad since the so-called Dust Bowl days of the 1930s.

The story is just as grim down south, in western Kansas.

“I was catching up with older farmers this morning,” said Marc Ramsey, whose family has farmed near the small town of Scott City for nearly a century.

“Guys who are in their 70s and 80s say, you know, they’ve never even experienced anything like this in their life. So that’s pretty bad.”

Rainfall has been almost non-existent since late July, he said. Two inches “is all we’ve had, pretty much all year.”

Rex Buchanan, director emeritus of the Kansas Geological Survey, said one thing seems different from the dry years of 2010-2012: “It seems like when the rain stops, it stops altogether.”

Drought has hit all three major US crops: wheat, corn and soybeans, and the US Department of Agriculture recently had to revise its nationwide yield forecast downward.

Along with Kansas and Nebraska, the Midwestern state of South Dakota was also hard hit.

Normally, these three states provide one-third of US winter wheat production and one-quarter of corn production.

But even some of Ramsey’s irrigated fields are producing just 80 bushels of corn per acre, less than half the usual rate.

High levels of water use have led to “pretty dramatic declines” in aquifers in western Kansas, Buchanan said, adding that farmers in some areas “have really struggled.”

“They saw wells dry up. They had to return to agriculture in the dry zone”, that is to say without irrigation.

With strictly limited water rights, Buchanan said some farmers have banded together in agreements on more careful use of groundwater, drawing up to 20% less than allowed.

Ramsey, like the Tuckers, has crop insurance to cover exceptional losses.

But a year like 2022 can drive up premiums, which were already rising due to rising raw material costs.

The insurance “covers your productivity costs, for the most part,” Ramsey said. “And so we’ll be here next year and try again.”

Lack of soil moisture “will be a concern heading into next winter and spring with no change in what we’re seeing right now,” said Brian Fuchs, climatologist at the National Drought Mitigation Center at the University of Nebraska. -Lincoln.

Although Buchanan claims that “there is definitely an awareness (among farmers) of climate change,” despite the political sensitivity of the subject in the United States.

Farming is always hard, unpredictable work — and in years like this, farmer Rachel Tucker said, “you just worry about the suicide rate.”

“So I hope everyone can stay in good spirits and hope for the best next year.”

2022-10-23
Previous Post: Where to go stargazing in France
Next Post: For Haiti in difficulty, the return of cholera is a “catastrophe”