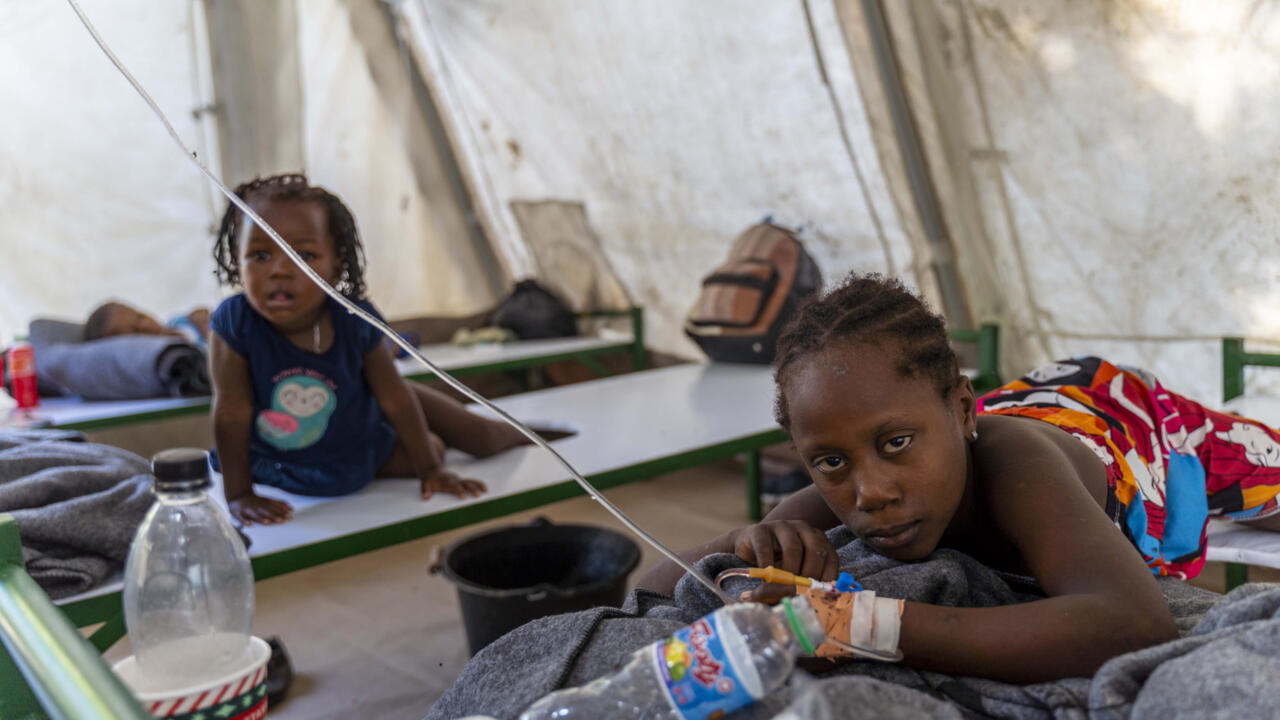 For Haiti in difficulty, the return of cholera is a “catastrophe”

Port-au-Prince (AFP) – When humanitarian officials in Haiti try to describe their worries about a new, fast-spreading cholera outbreak, they struggle to find words strong enough: “alarming,” “chaotic,” or even “catastrophe.”

A significant portion of the island’s population has been isolated – and unable to access health care – either by severe fuel shortages or by the brutal armed gangs that control large areas.

And without health care, cholera patients, who suffer from acute diarrhea, can die of dehydration in just hours.

In one of them, in the capital Port-au-Prince, “we have 80 beds, and they are all occupied”, he said. “Due to the fuel shortage, slum dwellers told me that there were several deaths in their neighborhood because it was not possible to transport the sick.”

An armed gang has been blocking a major oil terminal in Varreux, north of the capital, for weeks, worsening the country’s paralysis.

UN peacekeepers introduced cholera to Haiti in 2010, ultimately resulting in thousands of deaths.

But, until the last outbreak, no cases of the disease had been reported in Haiti since 2019.

On Wednesday, 33 cholera deaths and 960 suspected cases were recorded by the Ministry of Health.

And this figure could seriously underestimate the problem, according to Bruno Maes, the representative of UNICEF in Haiti.

The situation is all the more frustrating, experts say, that even severe cases of cholera are easily treatable with a few days of rest and rehydration that there is a cholera vaccine.

This vaccine, however, is only effective for about five years, and the last major targeted vaccination campaign in Haiti dates back to 2017.

About half of all cases here have involved children under the age of 14, who are particularly vulnerable when their immune systems are weakened by poor diets due to poverty.

“Many of them are very malnourished,” said Pape, the doctor, adding that it was difficult to find their veins to administer intravenous solutions.

The UN estimates that 4.7 million Haitians, nearly half of the country’s population, suffer from acute food insecurity.

He said a priority was to ensure access to clean water in gang-controlled areas like the Brooklyn neighborhood in the capital’s Cite Soleil commune, which has had no fresh water. for three months.

The high risk of kidnapping by gangs has prevented aid groups from entering these areas to disinfect homes and buildings with chlorine.

While MSF has set up a shuttle system to get its staff safely to treatment centres, fuel shortages could make this impossible “within weeks”, Zemrag said.

Concern is also growing for people in rural areas, who without access to fuel may have to walk for days to get help. Early cases were detected in the southern region of Nippes and in Artibonite in the north.

UNICEF offices were looted and medicine deliveries were blocked at the port.

The return of cholera has brought back nightmarish memories of the outbreak introduced by UN peacekeepers in 2010, after a major earthquake devastated the country. The disease claimed more than 10,000 lives between that date and 2019.

“At the moment we are not seeing an explosion (of cases) as we observed in the first months” of 2010, he said.

He said authorities had “10 years of experience with cholera” and the key now was to “reactivate the mechanisms” that were working before.

However, this presents challenges.

The UN on Friday imposed sanctions, including an arms embargo, on several gangs. But he remains divided on whether to send a new international force to the country.

Such a force, Aldighieri said, might be able to establish “humanitarian corridors for difficult areas” and help release supplies now stuck in ports.

At the moment, he added, planes carrying additional supplies are expected in the coming days.

2022-10-24
Previous Post: Farmers in the US Midwest battle prolonged drought
Next Post: Climate Now Debate 2022: How to Beat Wildfires?