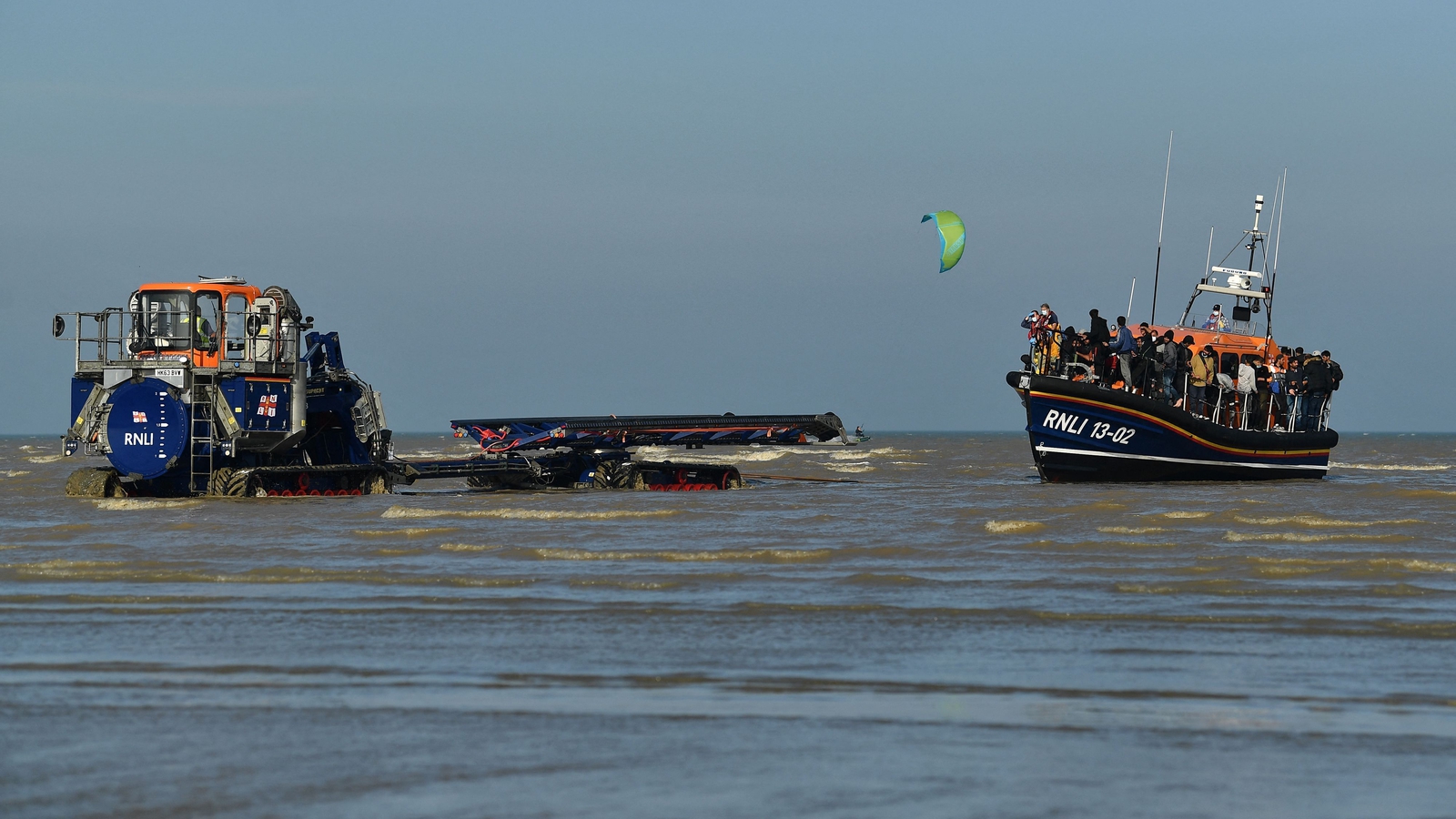 French police have arrested 15 suspected members of an international migrant smuggling union that has helped people illegally cross the Channel to Britain.

The announcement comes as tensions rise between the UK and France over the record number of migrants crossing the Channel, with Britain urging France to take tougher measures to prevent them from making the trip.

Among those arrested were Iraqi Kurds, Romanians, Pakistanis and Vietnamese who approached migrants in the Grande-Synthe camps outside Dunkirk in northern France and encouraged them to travel to England in small boats, police said in a statement last night.

In an investigation that began in October 2020, French police said the network was helping at least 250 people a month to travel to England, using small boats that carry up to 60 migrants at a time.

The passage to England would cost a migrant â‚¬ 6,000 and the smugglers raked in some â‚¬ 3 million in total profits, the illegal migration branch of the French police, OCRIEST, said in a statement.

“It was a network of hardened criminals who were well organized thanks to the complicity of drivers, secret donors and people who were on the lookout for the police,” said Xavier Delrieu, who led the investigation.

According to French authorities, 31,500 people have tried to leave for Britain since the start of the year and 7,800 people have been rescued at sea, figures which have doubled since August.

The UK government is under intense pressure to reduce the number of crossings.

According to British authorities, more than 25,000 people have now arrived illegally across the Channel this year, already triple the figure recorded in 2020.