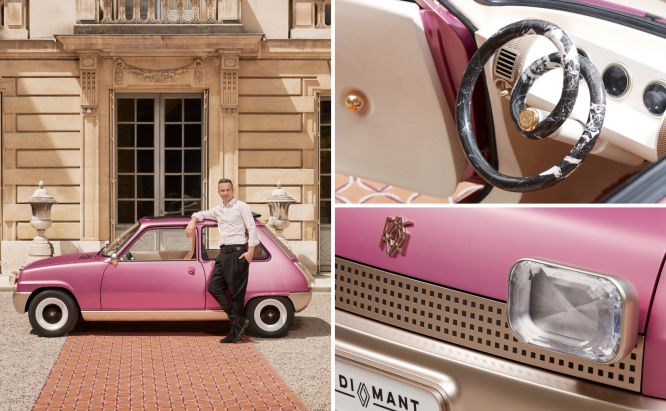 A twisted marble steering wheel and diamond-inspired headlights are just two of the eye-catching features of a recently unveiled Renault concept car.

Based on its R5 electric model, which should arrive in showrooms in 2024, the R5 Diamant also marks the 50th anniversary of the first Renault 5.

About five million of them were produced between 1972 and 1984, making them the most popular car in France.

Designer Pierre Gonalons was hired to infuse an element of whimsy into the demo vehicle.

Dozens of craftsmen worked to make this design a unique reality that will be on display at car shows for the next 18 months.

The electric R5 will be an important model for Renault. It’s the company’s first all-electric car since the Zoe.

Read more: A luxury feeling behind the wheel but very expensive

Among its innovative features is the possibility of using the car battery to sell electricity back to the grid during peak periods.

French company Renault withdraws from Russia: why did it take so long?