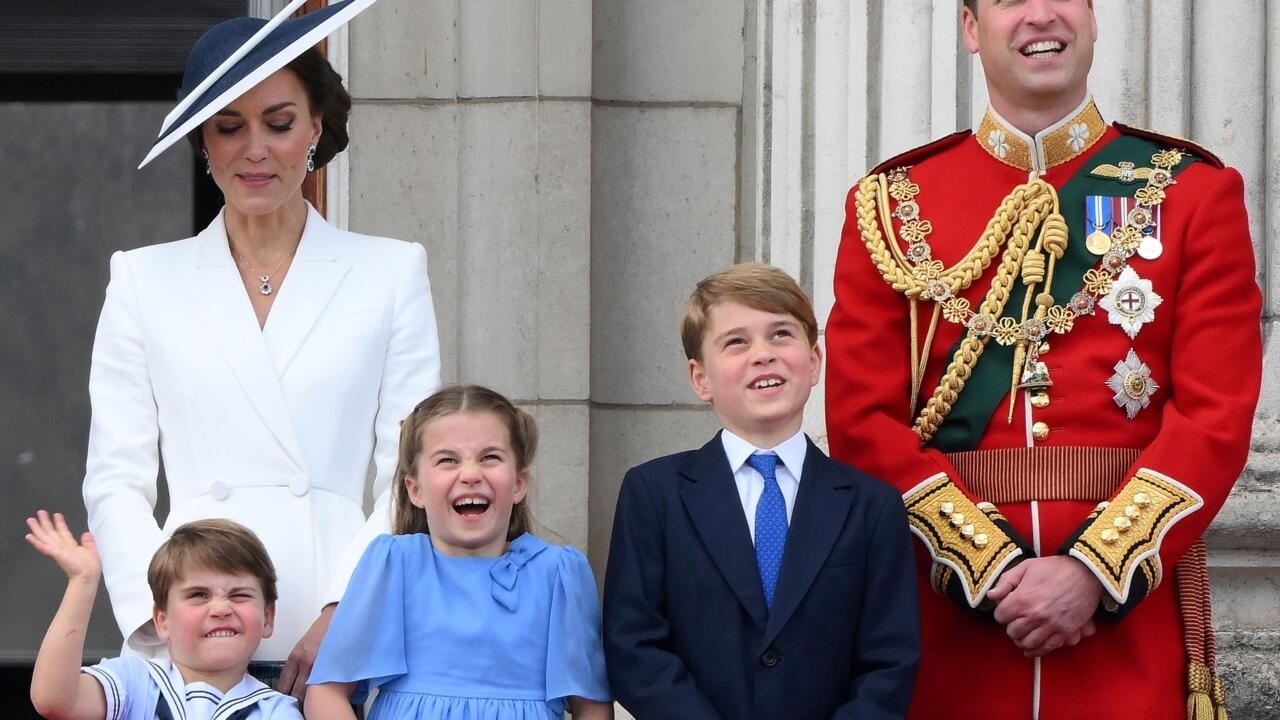 from commoner to future queen

London (AFP) – The Princess of Wales has proven to be a royal role model since joining Britain’s most famous family, making public appearances while avoiding harsh criticism directed at her sister-in-law Meghan.

Catherine, who married now heir to the throne Prince William in 2011, made more appearances as her grandmother, Queen Elizabeth II, retreated from the public eye.

The couple, both 40, played prominent roles during the 2020 coronavirus pandemic and have consistently been the most popular royals behind the late monarch in recent years.

She balanced royal duties, which included a starring role in Platinum Jubilee celebrations, with being an active mother to her three children.

Catherine was applauded for effortlessly comforting her youngest son Prince Louis when he became restless during the Platinum Jubilee pageant earlier this year.

The former Kate Middleton is the daughter of businessman Michael and former flight attendant Carole Middleton.

She started dating William while studying art history at the University of St Andrews in Scotland.

The couple have been together since, except for a brief split in 2007 which Kate says made her “a stronger person”.

She worked briefly as a buyer for fashion chain Jigsaw before her wedding at London’s historic Westminster Abbey in 2011, where she wore a lace-sleeved dress by Alexander McQueen’s Sarah Burton.

William’s choice to marry a ‘commoner’ after a lifetime relationship stood in stark contrast to his father, the current King Charles III, when he married in 1981 to 20-year-old aristocrat Diana Spencer, when he was 12 years her senior.

Since then, Kate has said little about her experiences joining the royal family, unlike her sister-in-law Meghan, who married William’s younger brother Prince Harry in 2018.

Harry and Meghan sensationally quit their frontline royal duties and moved to North America in March 2020, then opened up about life behind palace walls.

Meghan, a former American TV actress, told Oprah Winfrey in a March 2021 interview that she got a chilly reception and labeled her hounded by the tabloid press.

At the start of her courtship, photographers also followed Kate’s every move, drawing parallels to the media’s treatment of William’s mother, who died in 1997.

There have also been reports that William’s friends made fun of his mother’s former profession and that courtiers said that Carole Middleton did not use “posh” enough phrases.

William, however, spoke of his warm relationship with his wife’s parents.

Kate gave birth to Prince George, who will be next in line after William, in 2013, followed by Princess Charlotte in 2015 and Prince Louis in 2018.

She opened up about her struggles with severe morning sickness, saying in a podcast that she was “not the happiest of pregnant women”.

Prince Harry was often photographed at events with his brother and Kate, appearing to feel relaxed and warm in their company.

When Meghan appeared on the scene, the couples seemed to get on well, leading to speculation that the foursome would become the face of the modern monarchy.

But rumors of a split began to spread shortly after Meghan and Harry’s landmark 2018 wedding at St George’s Chapel at Windsor Castle.

The Sun reported in November of the same year that Meghan made Kate cry while trying on her daughter Charlotte’s bridesmaid dress.

In her bombshell interview with Oprah, Meghan claimed the opposite was true, but Kate apologized and sent her flowers.

She complained, however, that Buckingham Palace never corrected the report.

In November 2016, shortly after their relationship went public, Harry said a “line had been crossed”, accusing the comments of having “racial undertones”.

In the aftermath of the couple’s accusation of royal racism, there was much talk about the contrasting treatment meted out to the two women.

Certainly, the fact that she didn’t hide her postpartum bump was welcome.

Novelist Hilary Mantel even accused Kate of looking like a “showcase model with no personality of her own”.

“Our early childhood shapes our adult life,” she said.

In July 2021, she launched a Royal Foundation Center for Early Childhood.

During the pandemic, William – who caught Covid – and Kate publicly supported the rollout of the vaccine. They spoke to medical staff and those who were hesitant to get vaccinated.