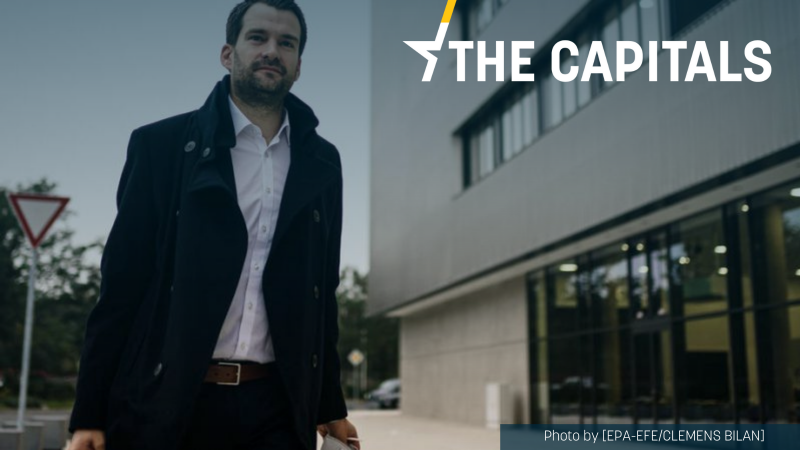 German debt brake rules ‘will not be changed’ – EURACTIV.com

The Capitals brings you the latest news from across Europe, through on-the-ground reporting by EURACTIV’s media network. You can subscribe to the newsletter here.

TAKE FROM THE EDITOR: US sanctions may not be enough to rule Dodik.â€œIf they think they’re going to discipline me this way, they’re wrong. I have only one motive left to fight for the rights which have been taken from us for 26 years, â€said Milorad Dodik, Serbian member of the Tripartite Presidency of Bosnia and Herzegovina after the United States imposed new ones on him. sanctions. Read more.

The European news you deserve to read. welcome to The capitals by EURACTIV.

In today’s news from the Capitals:

Despite additional expenses related to COVID, Germany’s new government “at the traffic lights” will not stray from the country’s constitutional debt limit despite additional spending, Johannes Vogel, vice-chairman of the liberal FDP party, told the daily. papule Thursday. Read more.

Austria introduces new COVID-19 measures to fight Omicron. Austria will implement new measures to combat the spread of the Omicron variant and increase the number of COVID-19 cases, but will release others because Omicron is less dangerous than previous variants, the government said. Read more.

Colston Four acquitted after shooting down statue of slave trader. Four protesters who shot down the statue of a slave trader during a Black Lives Matter protest were acquitted Thursday of causing criminal damage in what could be a landmark legal case. Read more.

Many Omicron cases not included in official COVID-19 figure in Irelands. Tens of thousands of cases of the Omicron variant have not been officially registered since early December, the government has been told, meaning the actual number of cases in Ireland is likely much higher than expected. thought so before. Read more.

Estonia is developing its first offshore wind farms. Estonia, which over the years has acquired a reputation as one of the dirtiest electricity producers in Europe, is currently going through an energy transition which includes the establishment of offshore wind farms to improve its performance. . Read more.

Greece sparks argument with Cyprus over â€œlow reliabilityâ€ Chinese PCR testing. A statement by Greek Development Minister Adonis Georgiadis, who called some PCR tests in Cyprus “Chinese” and “very low reliability” because their prices are low, has sparked outrage in Cyprus. Read more.

The Italian government wants the resumption of in-person classes, but not the schools. A return to face-to-face classes is unmanageable for the moment, wrote 1,500 school principals on Thursday in a letter to Prime Minister Mario Draghi and Minister of Education Patrizio Bianchi. Read more.

The La Palma volcano is still monitored because toxic gases present risks. The Reserve and Security Group (GRS) of the Spanish Civil Guard continues to measure the harmful gases emitted, three weeks after the official end of the eruption of the Cumbre Vieja volcano on the island of La Palma, reported EFE, partner of EURACTIV. Read more.

Morawiecki defends the far-right party that is spreading plots against COVID. Following the deletion by Facebook of the page belonging to the opposition The Nationalist Confederation Party, the party and Prime Minister Mateusz Morawiecki condemned the tech giants for strangling free speech. Read more.

Slovaks will have little time to comment on the future of EU farm subsidies. The Ministry of Agriculture opened a national consultation for its national strategic plan for the implementation of the Common Agricultural Policy (CAP) before it was sent to the European Commission. But stakeholders and the public will have just five days to flip through the 1,000-page document on securing EU farm subsidies. Read more.

NEWS FROM THE BALKANS

The Bulgarian population has shrunk by more than 10% in a decade. Bulgaria has seen its population drop by 11.5% over the past ten years, which means that there are now 844,000 fewer people, preliminary data from national census reports from the National Statistical Institute (NSI). Read more.

Medical masks now compulsory in Romania. The Romanian government adopted new restrictions on Thursday, with the state of alert extended for another 30 days. The most important change is that textile and plastic face coverings will no longer be allowed as of January 8. Read more.

Croatia has a record number of daily COVID-19 cases. Croatia recorded 9,058 daily cases of COVID-19 on Thursday, a record for the second day in a row. Meanwhile, 33 COVID-19 patients have died, the national crisis management team said. Read more.

The United States will resist corrupt actors. The Phe people of Bosnia and Herzegovina deserve better, said Derek Chollet, following the punishments that the US administration has imposed on some officials in Bosnia and Herzegovina, including Miloard Dodik, Serbian member of the tripartite presidency.

â€œAn important step. When I visited Bosnia and Herzegovina in November, I made it clear that the United States would resist corrupt actors. The people of Bosnia and Herzegovina deserve better, â€tweeted Chollet, who is the adviser to the US Department of State, where he holds the rank of Undersecretary as Senior Policy Advisor to the Secretary of State. (Å½eljko Trkanjec | EURACTIV.hr)

Kosovo to proceed with judicial review despite EU objection. The Kosovo government plans to vet all judges and prosecutors in the country despite objections from the European Union. Read more.

Albanian Courts Respond to Pandora Papers Revelations. Albanian Corruption Prosecutors (SPAK) have opened investigations into 3.6 million euros in transactions carried out by the company that built the electricity interconnection to Kosovo, to a company based in the United Arab Emirates. Read more.