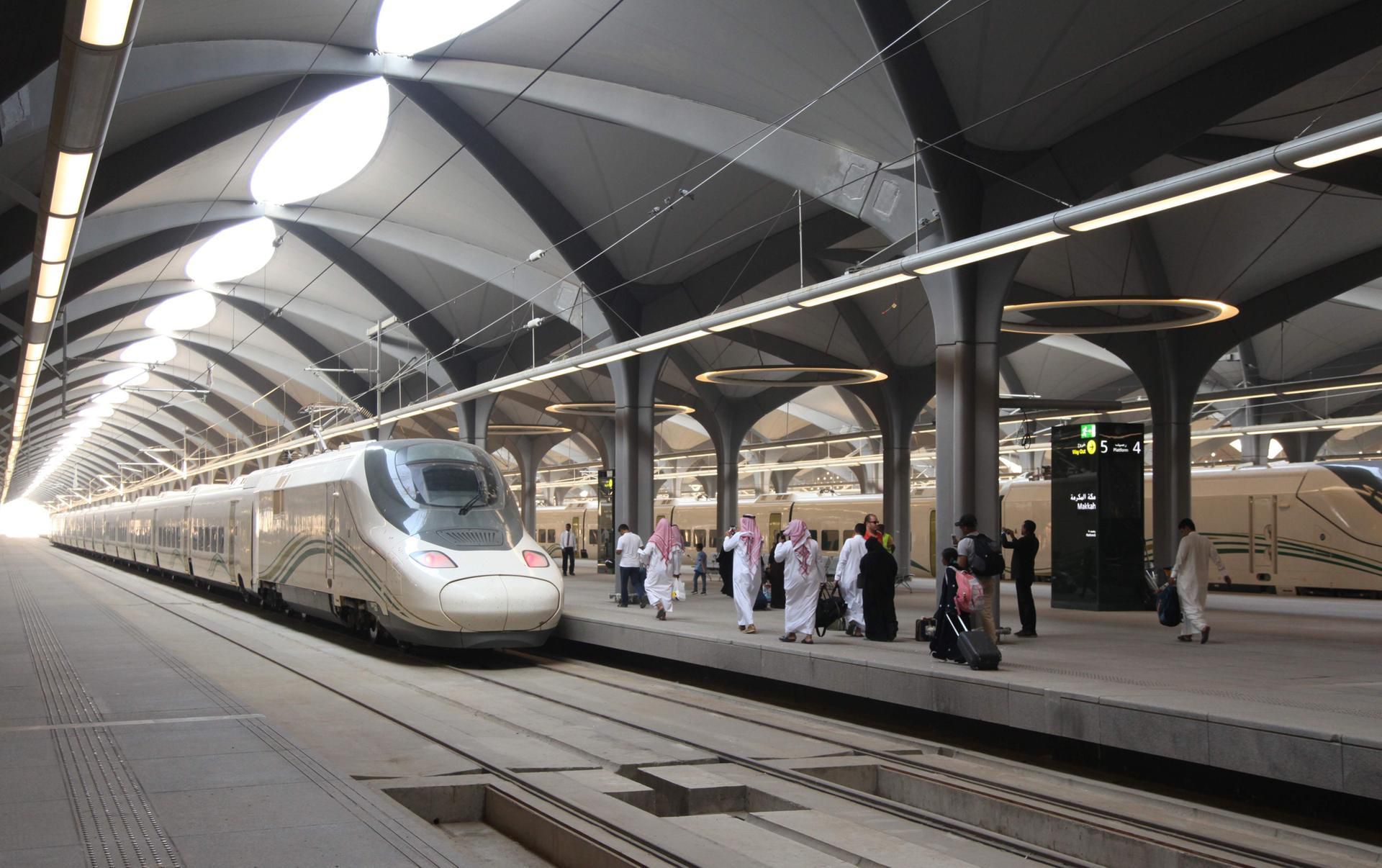 Gulf states to see “passenger rail network over the next decade”

The UAE’s Etihad Rail project is a crucial step in a long-term plan to create a regional network, said a leading consultant involved in the transport project.

Etihad Rail aims to connect the country’s commercial, industrial and demographic centers, and will provide passenger and freight services.

When completed, it will stretch approximately 1,200 kilometers across the United Arab Emirates, with plans for it to eventually connect to other Gulf countries.

Freight will be the focus once Etihad Rail’s second leg is completed, connecting the Emirates to Saudi Arabia at the Ghuweifat border.

As people around the world become more environmentally conscious, including here in the GCC, you will see a greater demand for low emission transportation.

Passenger travel will also expand across the country and possibly further into the region to create international rail links similar to Europe.

Youssef Khalifeh, Middle East regional director for engineering and consulting at Deutsche Bahn, said a GCC connected by passenger rail is an ambition that is unlikely to be realized for a decade.

“The GCC must be determined to activate what it has already decided to do with a rail network that begins in Kuwait, crosses Saudi Arabia and stops in all other countries on its way to the United Arab Emirates,” said he declared.

â€œThe only sections that have been completed so far are Saudi Arabia, to some extent, and the United Arab Emirates, which are in their second stage.

“Oman and Kuwait are not complete, there is no link with Qatar yet and Bahrain is still talking about it.

â€œThere are major discussions going on between Qatar and Saudi Arabia to connect it to the GCC rail network, and it is activated right now.

Regional rail development has stalled due to falling oil prices, falling incomes, and budgets reallocated to support national economies during the pandemic.

The biggest challenge a regional railway faces is largely cultural, said Khalifeh, whose consultancy firm Deutsche Bahn was heavily involved in the maintenance and operation of the first stage of Etihad Rail. .

In a country where the car is king and fuel is cheap, it could take years to encourage more people to use public transport.

A new train of thought

The passenger experience is key to this transition, as stations become welcoming urban hubs where travelers can dine, shop and work.

â€œFor any expatriate living in this region, they are used to the rail networks like we see in Europe or India,â€ said Mr. Khalifeh, speaking on the sidelines of the Middle East Rail conference in Dubai.

â€œBut for the locals, culturally, it’s different. Why would they want to get on a train when they have a car with cheap fuel?

â€œThere is a lack of good train experience, but that will slowly change. We saw it in Dubai [with the Metro].

â€œDiscussions with transport authorities take place all the time. It’s about finding the time and the funding to do it elsewhere.

â€œStations in Europe and the United States are architectural wonders and there are plenty of attractions inside, whether it’s shopping, dining or work space. Waiting for a train therefore becomes a pleasant experience. â€

Go ahead at full speed

High-speed rail is likely to be the dominant form of mass passenger transport in the years to come, despite the emergence of new technologies such as the Hyperloop and suspended skypods carried along steel cables.

Deutsche Bahn has completed feasibility studies on first and last mile transport options to reach stations where trains can board.

They include urban air mobility options for taking a drone taxi or autonomous shuttle, and have been studied in Switzerland, Italy, France, Germany and the United States.

The company aims to operate a 1,300 km high-speed rail link between Los Angeles and San Francisco, with trains running at 350 km / h, to cut travel times from eight hours to three.

“It would be the country’s first real high speed train,” Khalifeh said.

â€œOver the next decade DB will focus on the proven mode of travel of steel wheels on steel tracks for regional trains.

â€œWe will also innovate with the stations of the future.

â€œDigitization will see videoconferencing counters, which is already happening in Germany, to make reservations or buy tickets around the clock.

â€œIt must be a comfortable environment for the traveler.

â€œThere are carbon footprint reduction targets and the way to get there is to improve public transport, reduce car use and increase renewable energy.

â€œThe rail industry needs to invest in itself, but governments in this part of the world need to strike a balance between roads and railways because we all need to win by helping the environment. “

A hydrogen train to improve the environment

Rail remains one of the most energy efficient forms of transportation, and this is expected to improve further as technology advances.

On average, trains emit about 10 times less carbon dioxide per passenger-kilometer than airplanes and about five times less than cars.

Urban transport specialist Alstom developed the Dubai tram and also worked on the Dubai metro and the first stage of Etihad Rail’s signaling.

It is silent, emission-free and emits only condensation and water vapor.

The train was tested in Poland on non-electrified lines and is now in service across Europe.

â€œThe planned Gulf Railway will connect the Gulf States as we see in Europe,â€ he said.

â€œI have no doubt that it will be a success for freight and passenger transport.

â€œAs people around the world become more environmentally conscious, including here in the GCC, you will see a greater demand for low-emission transportation. “

The UAE is on a carbon neutral path and aims to achieve zero net greenhouse gas emissions by 2050.

A short round-trip economy class flight from Dubai to Riyadh equates to around 0.4 tonnes of carbon emissions, or nearly a quarter of personal emissions targets.

â€œProviding a rail solution will significantly reduce this amount, even without using green energy,â€ said Sougoufara.

â€œTo get people going, governments and industry need to make sure that public transportation is available, affordable, convenient, attractive and more efficient than cars or personal planes, where applicable.

â€œUnlike countries with established networks, the GCC has the ability to create new networks with the latest technology from the start. “