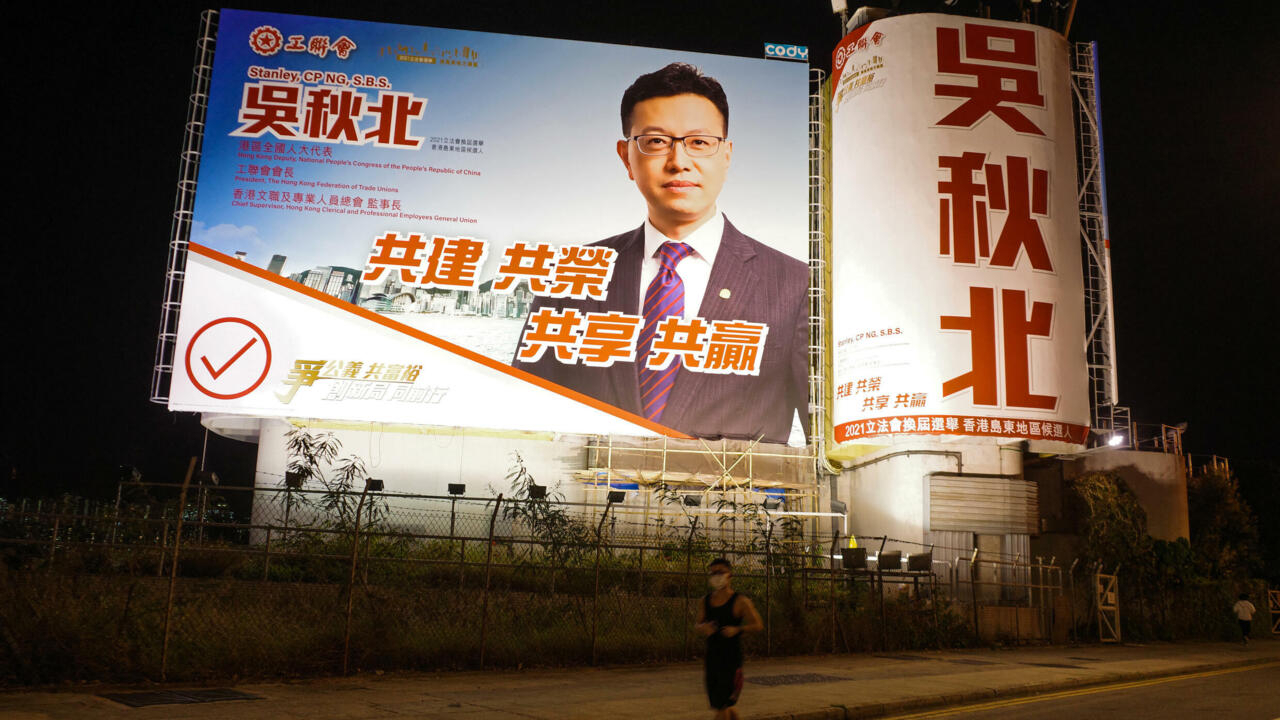 Hong Kong (AFP) – Hong Kong’s political elite will choose new city lawmakers on Sunday under Beijing’s “only for patriots” rules that drastically reduce the number of directly elected seats and control who can run for office.

This is the first legislative election overseen by a new political plan that Beijing imposed on Hong Kong in response to massive and often violent pro-democracy protests two years ago.

All the candidates have been vetted for their patriotism and political loyalty to China, and only 20 of the 90 seats in the Legislature will be directly elected.

The largest number of legislature seats – 40 – will be chosen by a committee of 1,500 loyal Beijing supporters.

The other 30 will be chosen reliably by pro-Beijing committees that represent interest groups and industry.

Hong Kong leader Carrie Lam and her ministers have lobbied to generate public enthusiasm over the polls.

For the first time, polling stations have been set up at the border to welcome Hong Kong people living in mainland China.

The government bought newspaper covers and billboards, sent flyers to every household, pinged cellphones with reminders to vote, and made public transport free for the day.

Private companies have also answered the call, with firms like real estate giant Sun Hung Kai and multinational accountant KPMG encouraging staff to vote according to the media.

Despite the city-wide advertising blitz, the latest poll data showed that only 48% of those polled said they would vote – a record – and 52% said they couldn’t find a worthy candidate. be supported.

Lam has sought to manage expectations, telling state media last week that a low turnout could indicate “the government is doing well and its credibility is high.”

An independent poll places Lam’s current approval rating at around 36%.

Sunday’s election received vocal backing from Beijing, which sees the new system as a way to eliminate “anti-Chinese” elements and restore order to a legislature free from disruptive opposition.

Critics counter that authoritarian China has all but banned opposition politics in a city that once boasted of an exuberant political scene.

Dozens of opposition figures, including many Democrats who won legislative seats in previous elections, have been jailed, disqualified or have fled abroad.

Hong Kong’s biggest pro-democracy parties did not field any candidates.

A growing number of Hong Kong democracy activists abroad have also openly advocated a boycott, calling the polls a “sham.”

“I think the Hong Kong people who lived through the 2019 (democratic) movement will stay true to their principles and boycott this election,” Cheung wrote on Facebook.

Hong Kong people are allowed to vote blank or not to vote.

But earlier this year, authorities made it a crime to “incite” others to boycott the elections or vote blank or no.

So far, authorities have arrested 10 people under the law, mostly for social media posts.

They have also issued arrest warrants for activists abroad, including Hui and Cheung, and threatened Western media with prosecution for editorials criticizing the new political system.

Police said they would deploy more than 10,000 officers on Sunday to ensure a “safe and smooth” election.

In a gesture laden with symbolism, Hong Kong’s official seal was replaced with China’s national emblem in the city’s legislature before Sunday.

Officials said it was a temporary change to make swearing-in ceremonies easier for lawmakers next month.

2021-12-18
Previous Post: The good and the bad of French culture in 2021
Next Post: Company transforms waste as Morocco faces ‘ticking time bomb’