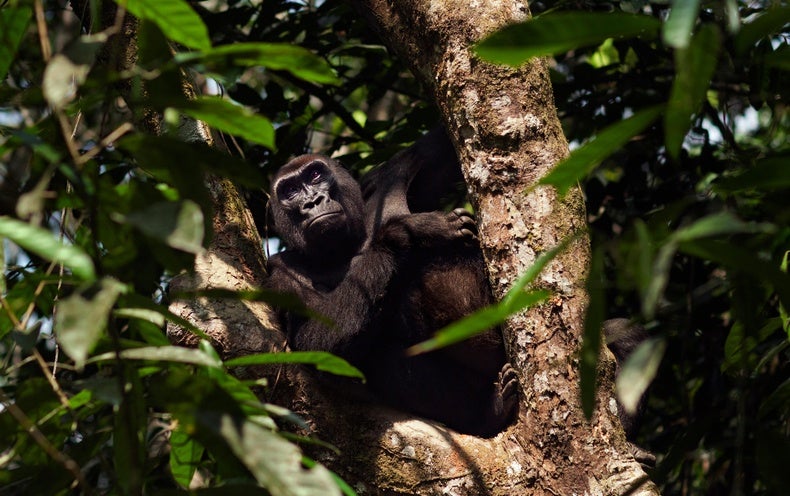 How countries ‘import’ and ‘export’ extinction risk around the world

In the dense jungles of Cameroon and neighboring countries, the population of the iconic, critically endangered western lowland gorilla declined by nearly 20% between 2005 and 2013 to around 360,000 individuals, and their numbers are expected to drop another 80% over the next 65 years. Raw materials extracted from their habitat and used for products made in China and then sold in the United States and elsewhere have contributed to this decline. It is just one of thousands of species the world stands to lose as part of the global biodiversity collapse caused by human activities, including international trade, which alone is causing 30% of species extinction threats.

A new study quantifies how the consumption habits of people in 188 countries, through trade and supply networks, ultimately put more than 5,000 threatened and near-threatened terrestrial species of amphibians, mammals and birds at risk according to the International Union for Conservation of Nature (IUCN) Red List of Threatened Species. For the study, recently published in Scientific reportsthe researchers used a metric called extinction risk footprint. The team found that 76 countries are net “importers” of this footprint, meaning they drive demand for products that contribute to the decline of endangered species overseas. The first of them are the United States, Japan, France, Germany and the United Kingdom. In other countries. In the remaining 96 countries, domestic consumption is the main risk factor for extinction within these countries.

Amanda Irwin, Ph.D. student at the University of Sydney, and her colleagues looked at global supply chain data, as well as IUCN data on species populations and locations. They also consulted the organization’s STAR (Species Threat Abatement and Recovery) measure, which assesses the extent and severity of threats to species. The researchers then coupled this data with computer models of the interactions between different economic sectors. This allowed them to determine the impact of consumption by particular sectors, such as agriculture or construction, which caused rapid declines in specific animal populations. “What we’re really doing is following the flow of money through the global economy until we get to what we call ‘final demand’ or ‘consumption’, that is, say where you and I spend our money,” Irwin says.

She and her collaborators found that in West Africa, 44% of the extinction risk of the western gorilla (represented mainly by the western lowland gorilla) is exported. This means that much of the threat to the species ultimately comes from international consumers. The largest share of this exported footprint (14%) comes from Chinese demand for raw materials such as wood and iron. African trees felled in gorilla habitat, for example, could end up as flooring in Asia. The individual percentages for these industries may seem low, but “if we don’t have this understanding of the link between consumption and production that ultimately occurs through these many, many, many interconnected supply chains and money flows “, says Irwin, “so we’re not in a position to really be able to slow it down to the point of production.

Other species highlighted in the study include the Malagasy giant jumping rat, a mammal that can jump 40 inches high and is found only in Madagascar. The demand for food and drink in Europe contributes 11% of this animal’s extinction risk footprint due to habitat loss caused by the expansion of agriculture. The consumption of tobacco, coffee and tea in the United States accounts for 3% of the extinction risk footprint of the Honduras Number Dios frog, an amphibian that suffers from logging and deforestation linked to farming.

“This study is important because it provides the first application of the STAR Metric to understand the biodiversity impacts associated with consumption patterns and international trade,” says Alexandra Marques, researcher at the Netherlands Environmental Assessment Agency PBL, who studies the causes of biodiversity loss. and did not participate in the study.

The study authors say their findings could help consumers, businesses and governments make decisions that take species health into account. Although this has been done in the past for some ecosystems such as forests, the new study could help increase the number and type of products that consider endangered species. Someone buying a dining table, for example, might be looking for labels certifying that the wood has not destroyed the habitat of a specific species. A coffee and tea company could ensure that its supply chain does not include products grown in areas that amphibians depend on or that are deforested for agriculture. Governments could calculate the effects of specific industries on IUCN Red List species in their economic accounting and could negotiate international trade agreements to ensure biodiversity hotspots are protected.

Even though some countries protect endangered species at the national level, people may not realize the disproportionate impact their purchases have on species from other countries. For example, the United States – which has the world’s largest consumer footprint – has effectively protected endangered species domestically and should expand this effort to other countries, says the study’s co-author and environmental economist. head of IUCN, Juha Siikamänki. “We have to ask ourselves if some of this relative success has come at the expense of our impacts elsewhere,” he says. And is it enough that we only focus on what is happening in our country if our consumption ultimately has an impact elsewhere? We should think about our responsibility more broadly.