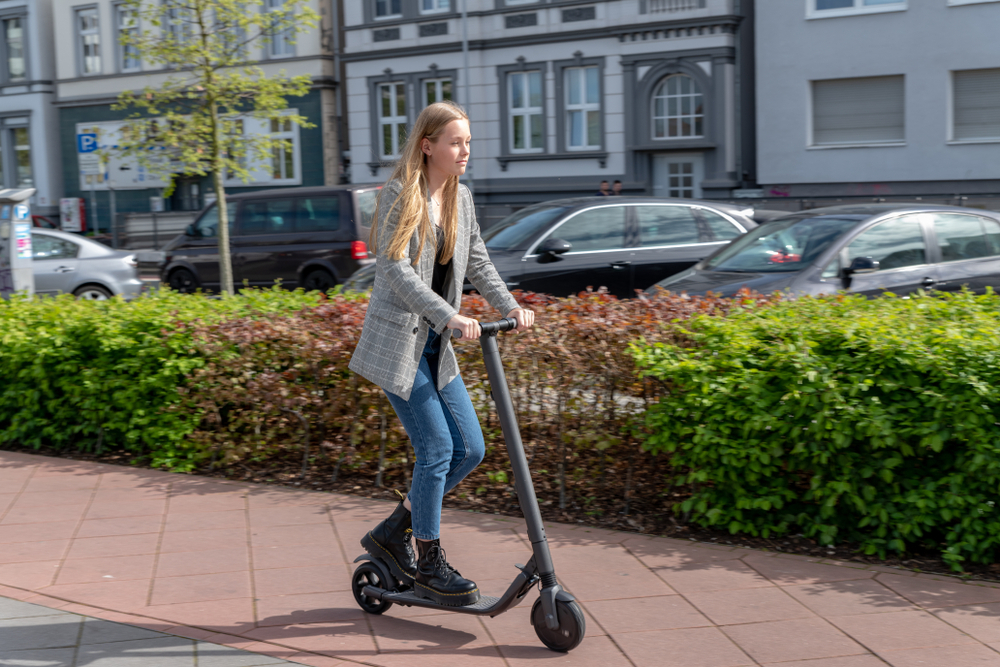 The NextGen International Working Group is a collaboration between the IE School of Architecture & Design and CPA NextGen, bringing together international talent to exchange ideas about the real estate industry and the built environment. This group of NextGen professionals typically meets every two months to discuss topics such as sustainability, inclusivity, technology, cities and wellbeing.

These conversations are about the future of cities and how to build a better future for people and businesses. During this edition, which was held on January 25, 2022, a group of 12 professionals met to discuss the theme of sustainable mobility, also addressing the future of remote work and its impact on housing.

The multidisciplinary people in the task force come from cities around the world, including London, Madrid, Paris, Montreal and Capetown. To answer the first question on file for this session, micromobility, the team shared insights into their own cities’ efforts to implement micromobility infrastructure in recent years.

The discussion highlighted that while implementing micromobility solutions represents a new world of potential, it also comes with challenges.

Among the issues most frequently raised is the challenge of introducing sustainable mobility solutions that complement public transport systems. Ollie Bolderson from Momentum Transport mentioned that although Transport for London (TfL) encourages people to walk and cycle, it goes against their business model as it brings them no income. As a solution, he suggests that transport authorities regulate micromobility and charge operators a license fee, giving them powers to monitor and plan consistent journeys for public and private modes of transport.

Another key issue discussed was the limits placed on those living on the outskirts of major cities. Many urban electric scooter operators do not let users travel outside the city limits, which also raises a socio-economic question. Housing prices in central areas are often unaffordable, a fact that keeps suburban dwellers dependent on the car.

Paula González (Gloval), based in Spain, and Hamish Crockett (RSHP), based in France, said that in Madrid and Paris, micromobility solutions seemed to be introduced “overnight” and in a way that seemed “messy”, with very little regulation or respect. for health and safety. Now that a few years have passed, micromobility has become safer and more regulated, with parking spaces and limited use on congested streets.

The success of micromobility in city centers has varied greatly from city to city. Amélie Cossé of Momentum Transport commented on the failure of the Montreal trial to offer micromobility to residents, despite the relative success of such programs in other parts of Canada. Ollie Bolderson, from the London office of Momentum Transport, pointed out that London’s borough-by-borough policy does not allow for a unified approach and that scooters have even been banned from public transport in London due to a risk of battery fires. .

The working group also tackled the issue of macromobility, sharing their theories on the future of highways. As transportation evolves – moving away from personal vehicles towards micro-solutions, shared vehicles and self-driving cars – vast stretches of freeway risk becoming underutilized, freeing up significant road space which could be used in other ways.

Participants discussed potential ideas for “renovating” existing road and rail infrastructure, such as converting them into spaces dedicated to biodiversity, or equipping them for bicycles, autonomous vehicles and even the possibility of take-off and landing devices. verticals, which the team agreed to are likely to grow in popularity in the future.

The future of remote work

The session ended with a conversation about the massive shift to working from home and the repercussions it can have in inner cities and suburbs, as well as in the design of homes themselves.

Ollie Bolderson speculated that ancillary services in town centres, such as dry cleaners, key cutters and cafes, could struggle to remain viable if they don’t have the same footfall as before COVID. However, their loss may be the gain of those same services in smaller town centers closer to where people actually live.

The task force also noted that companies and workers are interested in designing better and healthier homes that facilitate remote working – with technology ranging from apps that can control lighting and ventilation to measurements of home security like facial recognition for entry. There’s even a trend in robotic furniture designed to optimize storage space, making the work-from-home experience more seamless.

If you are interested in joining the International Talent Taskforce, organized in collaboration with the IE School of Architecture & Design, please contact Paula Gonzalez ([email protected]) or María Prieto-Moreno ([email protected] edu).

Click here to find out more about our master’s programs.

2022-03-30
Previous Post: Getting A Loan To Buy A Home In France
Next Post: Can you stop wage garnishment with debt consolidation?