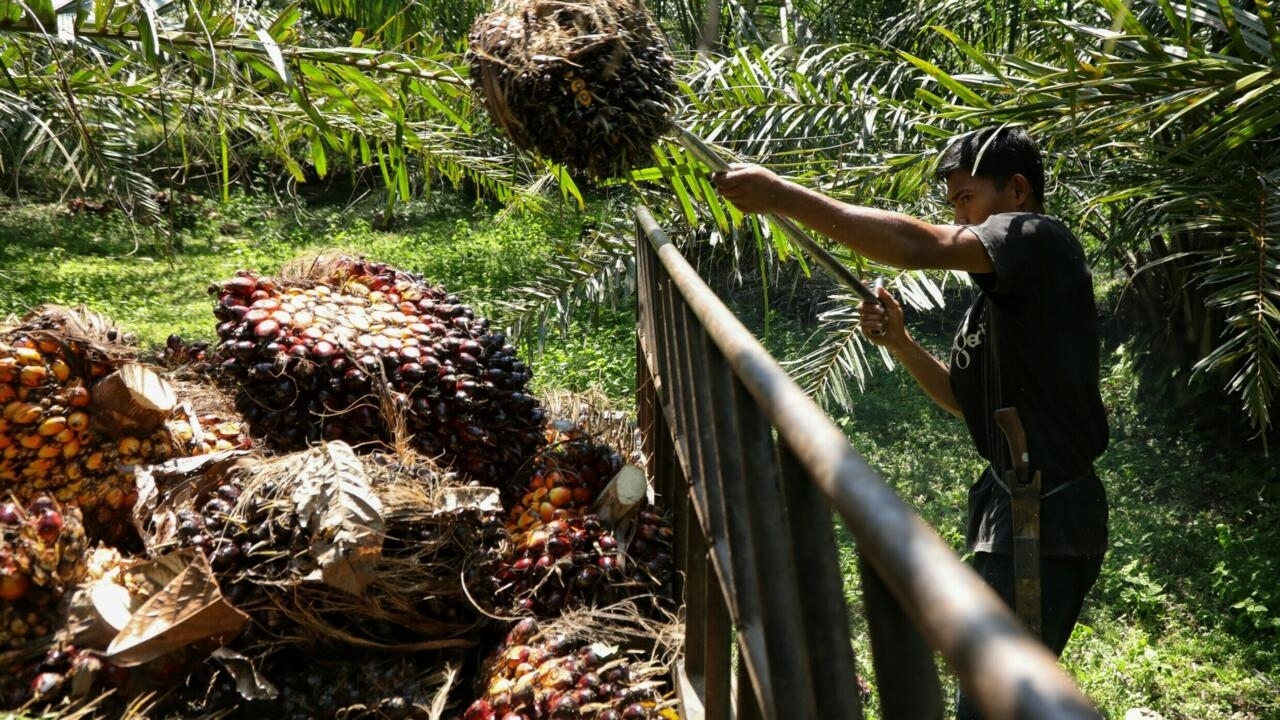 New York (AFP) – Indonesia’s decision to suspend palm oil exports in the face of domestic shortages has pushed vegetable oil prices to new highs, further tightening a market already on edge due to war in Ukraine and the global warming.

“We already had problems with soybeans in South America, with canola in Canada,” said Philippe Chalmin, an economics professor at Paris-Dauphine University in France, saying both crops had been badly affected by prolonged droughts.

Then came the devastation for “sunflowers in Ukraine” due to Russia’s destructive invasion, he added.

Palm oil is the most consumed vegetable oil in the world and Indonesia accounts for 35% of global exports, according to James Fry, chairman of consultancy LMC.

But Chalmin said the move “comes at the worst time”.

“The rise in prices already dates back to last year and it is exacerbated by the Ukrainian conflict,” he explained.

Rich Nelson, of agricultural market research and trade firm Allendale, said “the industry thinks it will be maybe a month, maybe two”.

But in the meantime, prices are skyrocketing in a market that was “already accelerated”, he said.

Unlike other oilseeds, palm fruits do not keep once picked and must be processed immediately, Fry said.

Even though the price of vegetable oil, in addition to several other agricultural products, has been rising for months, demand has not yet slowed.

Palm oil, which is widely used in processed foods such as instant noodles and baked goods, is also found in other consumer products, such as personal care items and cosmetics.

“That will eventually trickle down,” said Paul Desert-Cazenave of consultancy Grainbow, “but it’s still too early to measure price increases for consumers.”

In the short term, the only oilseed likely to provide some relief to the vegetable oil market is soybeans.

The United States and Brazil, the world’s two largest soybean exporters, still have stocks on hand, although increased shipments from those countries would only have a marginal impact on edible oil prices.

The United States Department of Agriculture (USDA) announced last month that it expects soybean acreage to increase more than 4% from last year, while corn will decline by a comparable amount.

The world’s top rapeseed exporter, Canada, said on Tuesday it expects a 7% drop in the acreage planted with GMO rapeseed used in canola oil.

Analysts and economists say they see the need for public policy regarding the food crisis, since in addition to food, vegetable oils are also widely used in biofuels.

Based on the current crisis “we’re going to see more pressure on countries to reduce their biodiesel blending mandates and their renewable diesel mandates,” Suderman said.

“It’s going to take time,” he warned, “but that’s ultimately where you’re going to get the biggest demand destruction.”

Europe passed a directive in 2018 excluding palm oil from renewable energy targets by 2030. Some countries in the bloc, including France, have already stopped using it.

Despite the current turmoil, Indonesia and Malaysia, the world’s second largest exporter, have maintained their respective programs to incorporate palm oil into their biofuels.

Some major oilseed exporters like the United States and Brazil, meanwhile, experienced the opposite, with the dollar hitting multi-year highs.

Placing importers in a “negative feedback loop where they will find it increasingly difficult to maintain sufficient supplies is the potential tragedy we are engulfed in”.