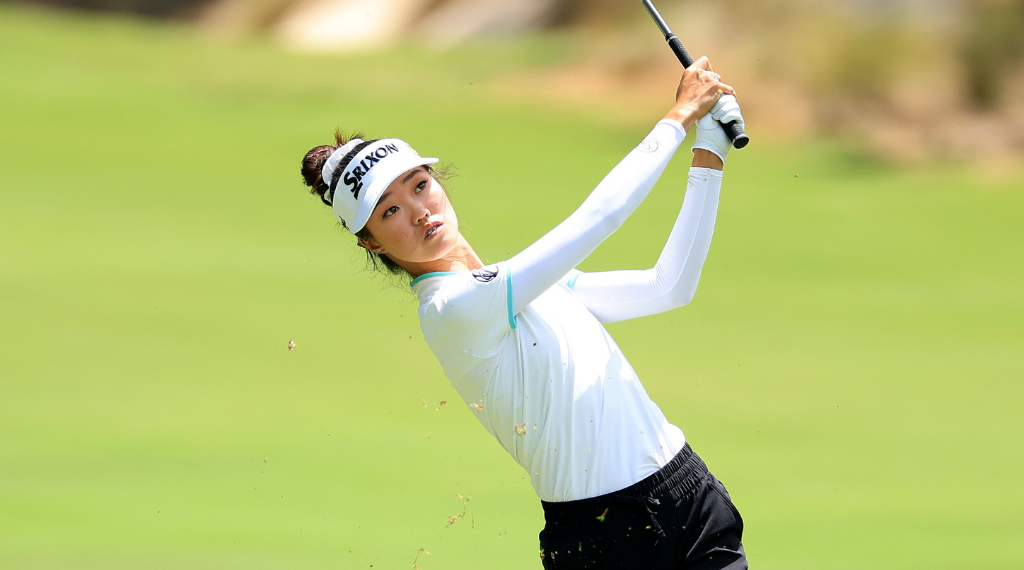 Sydney’s Grace Kim has a share of second place, three strokes off the lead, after the opening round of the Epson Tour Twin Bridges Championship in New York.

Currently fourth in the Epson Tour’s Race for the Card thanks in large part to winning the IOA Golf Classic, Kim got off to a shaky start at Pinehaven Country Club but bounced back impressively.

Bogeys on his second and third holes had Kim on the back foot, but she shot up the standings with four straight birdies on the seventh hole.

Her two-under round of 69 puts Kim in a tie at four for the second three strokes behind rising American star Lucy Li with fellow Australian Hira Naveed, one of seven players to post 70 to sit at four strokes of the rhythm.

Gabriela Ruffels (72) can improve her prospects for promotion to the LPGA Tour next year as she is tied for 20th with pro rookie Emily Mahar (73) one shot further in a tie for 35th place.

Defending champion Min Woo Lee missed the cut with rounds of 77-74, Lucas Herbert and Marc Leishman also gave an extra weekend to prepare for the Open next week with an early exit.

Jason Scrivener (two over) and Cameron Smith (three over) were the only Australians to make the cut, with Kiwi Ryan Fox tied with Scrivener tied for 38th but nine shots off the top of the standings.

Elsewhere, Cameron Percy (66-69) is Australia’s midway point leader in the Barbasol PGA TOUR Championship, tied for 17th and six strokes behind leader Adam Svensson and Jarryd Felton is the top 30 heading into the final two rounds of the Le Vaudreuil Golf Challenge on the Challenge Tour in France.