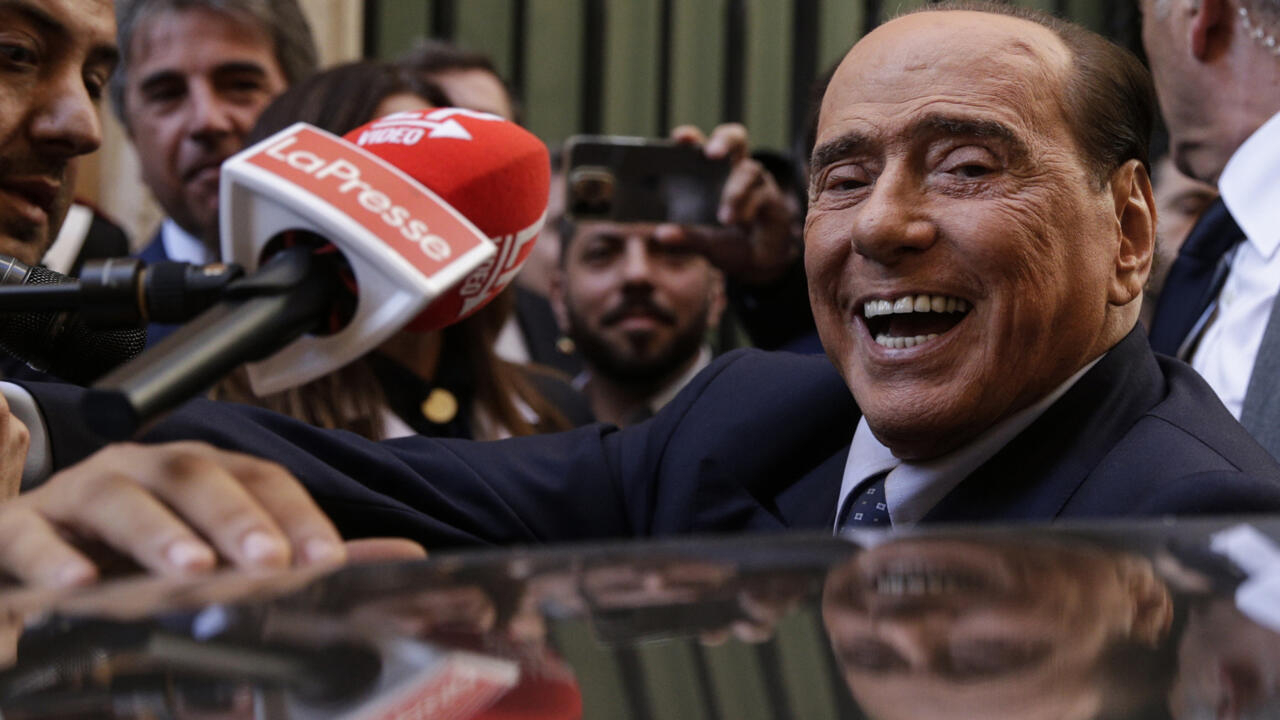 If there was any doubt that Silvio Berlusconi would make an awkward ‘junior’ partner in Italy’s next government, it was sensationally dispelled this week as the octogenarian former prime minister was recorded trying to boast of exchanging gifts of vodka, wine and “sweet” letters with Russia’s Vladimir Putin – which earned him rebuke from Brussels and his coalition partner, Italy’s likely next leader Giorgia Meloni .

“I reconnected with President Putin – a little, a lot,” the former prime minister was heard saying three times in comments to Forza Italia lawmakers. “He sent me 20 bottles of vodka and a really sweet letter for my birthday. I wrote back with 20 bottles of Lambrusco [a sparkling Italian red wine] and an equally sweet letter.

Berlusconi went on to repeat his past description of the Russian leader as a misunderstood “man of peace”. Of Putin’s “five true friends, I am number one,” he added with usual bravado.

As news of Berlusconi’s comments spread, his office quickly issued a clumsy denial, saying he had “told lawmakers an old story about an episode that happened years ago.” However, it soon emerged that the remarks were referring to his 86th birthday on September 29, four days after the right-wing coalition led by his ally Giorgia Meloni won the most votes in the Italian general election.

Berlusconi’s comments immediately made headlines, throwing into disarray Meloni’s efforts to distribute ministerial posts among his allies. Forza Italia, now a junior partner in a coalition dominated by Meloni’s far-right Brothers of Italy, is targeting the foreign ministry, among other key cabinet positions.

“Meloni hostage of pro-Russians”, headlined the newspaper La Repubblica on Wednesday, writing that the incident “undermined the credibility” of the government she is trying to put in place, “damaging Italy’s relations with Washington”.

“Berlusconi is back to doing what he does best, the showman,” added La Stampa editor Massimo Giannini, describing the billionaire media mogul as a “Shakespearean fool who wreaks havoc in the backyard. incipient from Meloni”.

Meloni, Italy’s most likely next leader, was reportedly shocked and livid at the latest gaffe by the man long known as rider (the Knight), slipping out of parliament through a back door on Tuesday evening to avoid the press. As Giannini put it, Berlusconi’s latest bluster “shattered the already fragile pro-NATO and Europhile balances that the leader of the Italian Brotherhood was struggling to secure.”

Breaking a day-long silence, Meloni released a statement late Wednesday insisting she would lead a government with a clear foreign policy.

“Italy, with its head held high, is part of Europe and part of the Atlantic alliance,” she said. “Whoever disagrees with this cornerstone cannot be part of the government, at the cost of not having a government.”

Meloni’s far-right credentials and long history of Eurosceptic tirades have raised eyebrows in some European capitals. But she has staunchly backed NATO and Ukraine in the war, offering strong support for EU sanctions against Russia.

The past proximity of its allies to the Kremlin, however, worries Western leaders.

Berlusconi has a long history of friendship with Putin, which he received at his Sardinian villa nearly two decades ago. He even visited Crimea with the Russian leader in 2014 after Moscow annexed the peninsula to Ukraine. That same year, Meloni’s other main ally, Matteo Salvini of the anti-immigrant League party, was photographed in Moscow sporting a Putin t-shirt – a stunt he repeated in the European Parliament months later.

Salvini’s party colleague Lorenzo Fontana, who was elected speaker of the lower house of parliament last week, caused Meloni even more embarrassment on Tuesday by describing EU sanctions against Russia as a “boomerang for the Italian economy – prompting a swift rebuke from the European Commission in Brussels, which also noted that the sanctions ban imports “as well as gifts” of Russian vodka.

“This is not folklore or jokes,” tweeted Enrico Letta, the leader of the centre-left Democratic Party, accusing Italy’s new right-wing majority of “growing ambiguity” towards Russia. “Who harms Italy abroad? Letta asked. “The opposition… (or) the speaker of the lower house who delegitimizes EU sanctions against Russia? Berlusconi who reconnects with the invader of Ukraine?

This is not the first time that Berlusconi has touted his friendship with Putin and appeared to defend his actions in Ukraine. Towards the end of the election campaign, he appeared to justify invading Russia by claiming that Putin was simply trying to put “decent people” in power in Kyiv.

His latest comments came just 24 hours after he and Meloni sought to put days of acrimony behind them in a private meeting, which both parties said was held in a spirit of “cordiality and maximum cooperation”.

Tensions erupted last week over the division of ministerial posts, most dramatically when Berlusconi scribbled a list of derogatory adjectives about Meloni in a notebook in full view of Italian Senate photographers, calling her ” presumptuous, authoritarian, arrogant, offensive”.

After images of the notes went viral, Meloni replied that Berlusconi forgot one: “That I am not capable of blackmailing.

The exchange followed the election of the new president of the Senate, Italy’s second-highest-ranking official, in which Meloni outwitted the 86-year-old former prime minister to secure the appointment of Brothers of Italy stalwart Ignazio. La Russa without handing over to Berlusconi the ministerial posts he was claiming back.

The tour de force underscored a generational shift in power within the Italian right, which a resentful Berlusconi appears unwilling to concede after three decades of dominance on the pitch. He added fuel to the fire in separate remarks on Tuesday, with a condescending and threatening quip: “I have no problem with Meloni. She is friends with my son and her partner works for Mediaset [Berlusconi’s television company].”

The Cavaliere’s reluctance to give way to a leader who served as a junior minister in his last cabinet – and is 41 years his junior – poses a “strategic problem” for Meloni, said La Repubblica editor Maurizio Molinari , noting that such conflicts are likely. be recurring in the weeks and months to come – and not just on foreign policy.

Molinari added: “What the last 48 hours tell us is that Silvio Berlusconi simply does not want to cede the leadership of the right to Giorgia Meloni.”

2022-10-19
Previous Post: Daily update on the situation in France
Next Post: Using a Home Equity Loan for Debt Consolidation