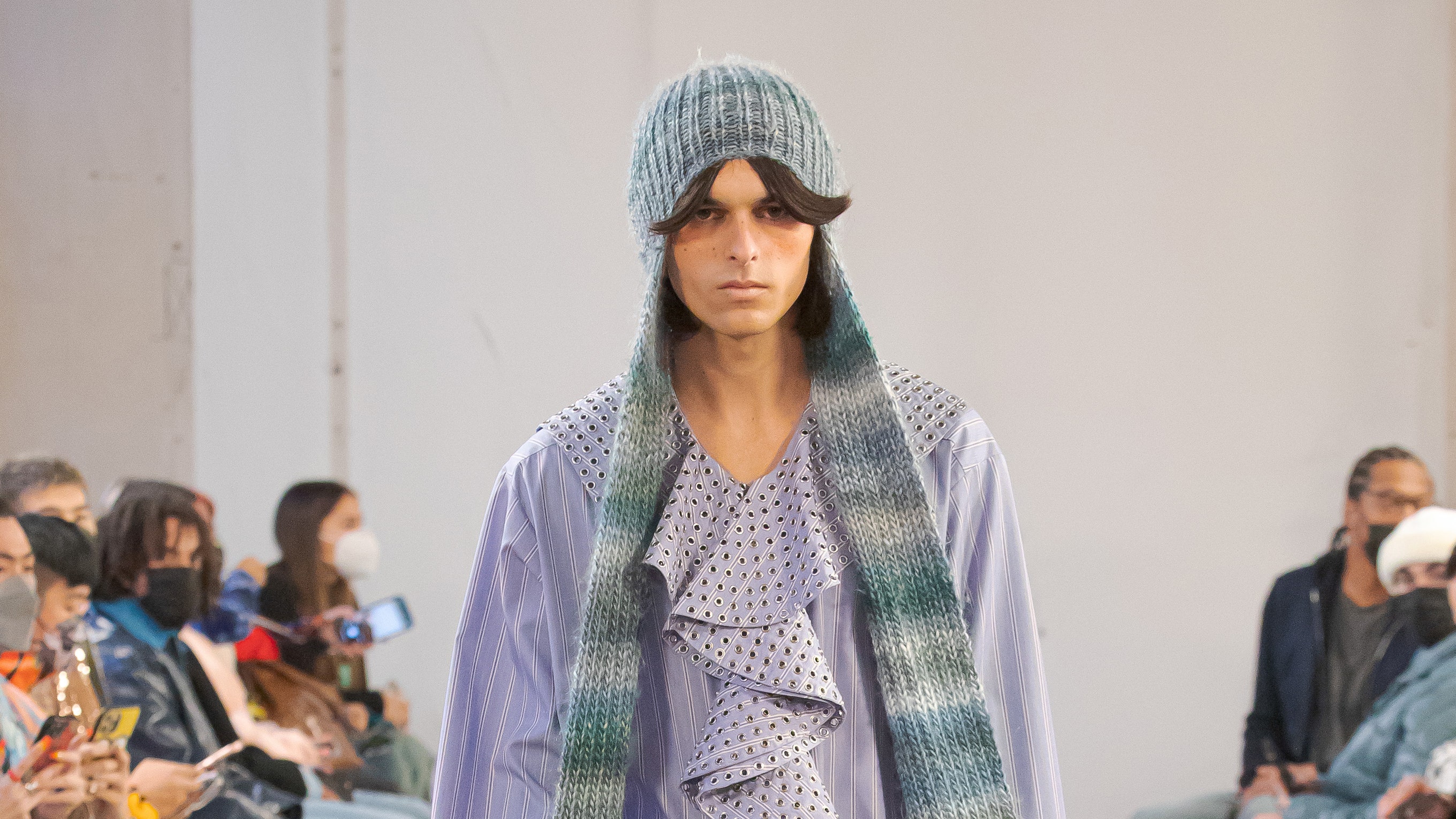 On December 7, 1972, the crew of Apollo 17 took a photograph of Earth as they made their way to the Moon. Taken from a distance of 29,000 kilometers, it was the first image of the entire Earth, fully illuminated. It became one of the most widely circulated photographs in history, known as “The Blue Marble” because it made our planet look like a glassy blue marble.

The story seduced Anthony Alvarez, a 29-year-old globetrotter born in New York to a Filipino father of Spanish origin and a French mother of Italian-Corsican origin. In 2019, he borrowed the name of his nascent label, after giving up a career in finance to travel the world, then create a fashion line in Paris (before Blue Marble, he briefly launched and ran a streetwear brand called One Culture). “To me, photography was so inspiring for what it represented: the whole connected world. It represents the values ​​of the brand: multiculturalism, travel, escape,” he explained during a break between fittings before his second show in person and his first on the official Paris calendar.

American sportswear, European craftsmanship, Filipino artisanal touches, it’s all here for Fall 2022. Alvarez’s starting point was the colorful sails of traditional vinta boats hailing from the Philippine island of Mindanao. “I try to go back in my memories for each collection,” he says. “I had this dream of taking off, of crossing the Pacific Ocean.” In juicy shades of yellow, purple and pink, the geometric patterns of the veils take the form of a series of oversized parka jackets. The emphasis is on the juicy. “It was important with the colors to make them feel warm, even though it’s winter,” he said.

That same free spirit persists in eccentric knitted beanies, made in France; surfer-style ankle boots with foam soles and unsold faux fur uppers; funky 90s reflective sunglasses; and a purple leopard-print faux fur hooded coat that’s one of Alvarez’s favorite pieces. These are in turn offset by densely embroidered wardrobe classics inspired by traditional Filipino embroidery in Lumban. A navy blue mohair cardigan dotted with mother-of-pearl and rhinestone buttons and handmade in India sits alongside baggy jeans adorned with crystals and buttons, made in France and Tunisia. Elsewhere, the naval theme is interpreted more literally in button-up sailor pants, detachable-collar sailor tops and sailor-style weekend bags, made from deadstock fabrics.

There’s a lot going on, but the looks come together thanks to the streetwise side of the collection. Alvarez loves skateboarding and surfing, regularly visits the guys who skate Place de la République, near his home, to find inspiration. There’s an element of accessibility to oversized tie-dye sweaters, crochet-trimmed knits, even Swarovski crystal-splattered shirts that keep things from veering too far into experimental territory. Timothée Chalamet, who was photographed in November wearing a tie-dye hoodie from the spring collection that Alvarez wisely picked up, would be in heaven.