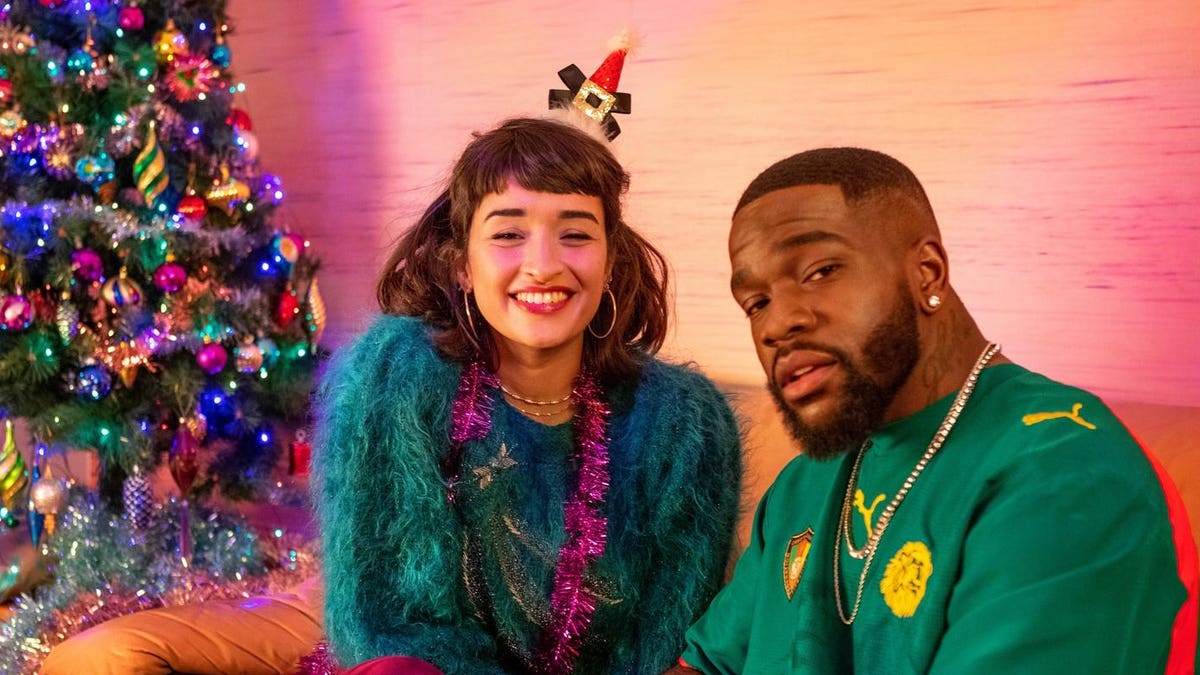 Netflix has released a new French mini-series, Christmas stream. It has been on the streaming platform since November 17th. After Love hard, Christmas stream is another romantic comedy that takes place over the Christmas holidays.

Created by Henri Debeurme, Marianne Levy and Victor Rodenbach, under the direction of NadÃ¨ge Loiseau, Christmas stream tells the romantic story of an unlikely match. Lila (Shirine Boutella) is a young feminist journalist, while Marcus (played by French rapper Tayc) is a famous rapper singing sexist lyrics. There’s an instant connection when they first meet, but once Lila knows who he is, it would go against his own common sense to date him. As the synopsis for Netflix says, it’s “hate at first sight.” Their paths will however continue to cross again and again.

In just three episodes, Christmas stream is an easy-to-watch show, too short to really be a series and too long to be a movie. If you dream of being in Paris for the Holidays, the first episode will transport you into the spirit of Christmas shopping in the French capital. Following the conventional plots of romantic comedies, this French mini-series is nonetheless problematic when it comes to its conclusions about feminism and misogyny.

Marcus is a famous rapper who has won music awards. But, as the opening sequence tells us, he is being prosecuted for insulting and inciting violence against women. Coming out of court, Marcus has no remorse, defending what his lawyer calls his free speech. To redeem his public image, Marcus’ producer tells him to make a special Christmas single, in which he will profess his love for women.

It was during a Christmas shopping trip in one of the most beautiful department stores in Paris that Marcus crossed paths with Lila. Lila is part of a group of feminist activists with two of her best friends, Alice (Marion SÃ©clin) and Jeanne (AloÃ¯se Sauvage). They call themselves Les Simones, in honor of the French feminist figure Simone de Beauvoir. Marcus and Lila are clearly not made for each other. Their paths will continue to cross, however, until finally, as the genre dictates, the two come together.

Men with misogynistic views can change, this series seems to suggest. They just need to be attracted to a young and beautiful feminist who will teach them lightly to get out of their sexist discourse. This is where the show feels problematic. Marcus’ point of view on women doesn’t change, neither after his trial, nor after listening to The Simones blog posts, and not when his little sister (played by Kadidia SidibÃ©) tells him that she wants too be a rapper (to which he replies that she cannot, because she is a woman). Marcus only seems to change once he realizes he wants to be with Lila. And the only way for that to happen is for it to change.

What this series shows is this growing feminist activism emanating from the younger generations in France. That same weekend in Paris, Saturday, November 20, #NousToutes, a non-violent French feminist collective founded in 2018 which fights against violence against women, marched through the streets of Paris. Through The Simones, the series reflects this growing awareness in France, especially among the younger generation who use social media to communicate feminist discourse. The Simones is clearly inspired by these feminist collectives which have been gaining popularity in recent years in France. Christmas stream shows The Simones, for example, are changing street name signs across Paris to carry the names of famous women, just like #NousToutes did in 2019.

Christmas stream is an easy-to-watch series that follows the rom-com formula to the letter with a few additional feminist intentions. I’m just not convinced that the “feminist falls in love with a sexist man” plot really works.