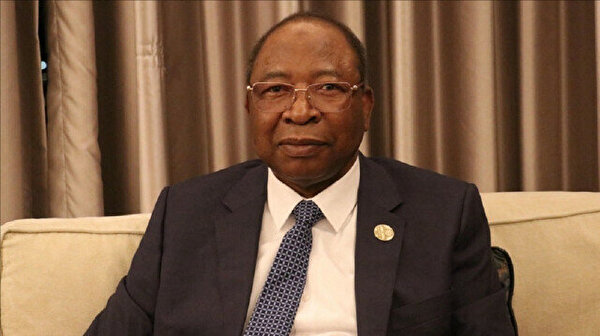 Speaking on the sidelines of the third Turkey-Africa partnership summit in Istanbul last week, Prime Minister Ouhoumoudou Mahamadou praised the intense participation of some 40 African countries.

He said the rally was very “productive”, adding that everyone was very happy with the event.

Cooperation between Turkey and Niger, the prime minister said, is multidimensional.

The Nigerien office of the Turkish Cooperation and Coordination Agency (TIKA) has implemented various projects in the fields of education, agriculture and health, he said, while the Foundation Turkish Maarif currently runs a school there.

He added that Turkish investors as well as institutions have recently started to invest in Niger.

Niamey airport was built by Turkish company Summa, he said, also citing the Niger-Turkey Friendship Hospital in the capital Niamey.

Mahamadou stressed that a project providing for cooperation with the Turkish government and companies in different fields is currently under discussion.

â€œIn addition to sharing information and strategies, equipment support is also important. Turkey is far ahead of Niger in terms of military equipment, aviation and unmanned aerial vehicles. Turkey can contribute to Niger’s fight against terrorism in many areas, â€he stressed.

Referring to the growing anti-French sentiment in Niger, Mahamadou pointed out that behind this perception lie the fake news and the community’s sense of â€œrevengeâ€ against France during the colonial period.

â€œToday, with the widespread use of cell phones, fake news spreads very easily … I think the issue of fake news is effective in increasing anti-French sentiment. common history. Niger was a former French colony. At this point it is possible to say that they acted with a sense of revenge against the former colony, “he said.

The Prime Minister said that young people, on the other hand, do not realize how difficult it is to fight terrorism.

“They believed that as soon as the French military operation Barkhane arrived, the terrorism problem would be solved.”

France has maintained around 5,100 troops in West Africa as part of its Operation Barkhane with its headquarters in N’Djamena, the capital of Chad. The forces are being reduced, President Emmanuel Macron having announced in July the end of the operation by the beginning of 2022.

Its forces were mainly focused on combating armed groups in Burkina Faso, Chad and Niger.

* Written by Jeyhun Aliyev in Ankara

2021-12-22
Previous Post: What to give to the person who has everything? Recycled designer decor from J. Logan Home
Next Post: Evolution Money: The second load of debt consolidation increases