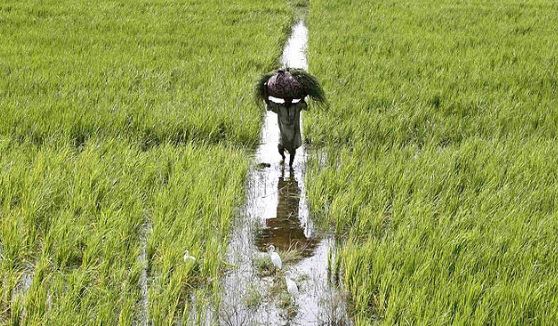 “Using the Common Agricultural Policy (CAP) and the French Farm to Table concept, it is important to make agricultural policies in Pakistan more progressive and accessible”

Pakistan is the world’s 26th largest economy and the 6th most populous country, with a population of 180 million. Pakistan has a GDP of 25% and is one of the best producers of wheat, cotton, sugar cane, mango, dates, rice and oranges in the world.

Poverty is a major concern in Pakistan, with over 60% of the population living in poverty. Small farms, limited access to markets, lack of access to capital, inputs and support services, limited job prospects and restrictive policy initiatives in their agricultural institution are all challenges for rural farmers .

Pakistan has socio-economic, political and health challenges, as well as gender gaps and literacy differences in urban and rural populations. On the other hand, if we see it, Pakistan’s water resources are under severe pressure due to high agricultural productivity and a rapidly growing population. Agriculture uses 90% of the country’s water resources, while industry and domestic use share the remaining 10%.

Floods, earthquakes, landslides, drafts and conflicts, such as the 2010 flood which affected 20 million Pakistanis, are all common natural and man-made disasters in the country.

Bearing in mind that Pakistan’s whole problem stems from its terrible agricultural policies. The agricultural policy and mechanism has proven to be a labor disruption strategy that has pushed many poor farmers into urban slums. Inefficient farm management techniques are frequently identified as significant issues that continue to limit Pakistan’s agricultural productivity. Although it is a major producer of wheat, rice, sugar cane and cotton, the country’s rural areas remain impoverished and food insecurity is becoming a national problem.

A large number of farmers in the country waste water by using flood irrigation to grow crops like rice, and they have carelessly destroyed underground groundwater by watering their crops with pumps. These excessive water use practices have rendered large tracts of land uncultivable due to waterlogging and salinity. We have a climate change crisis like floods, droughts and increasing water scarcity. There are no technologies to address the threats posed by climate-induced disasters.

Consequently, Pakistan’s economic cooperation with France must be improved, both bilaterally and within the European Union. We can improve agricultural manufacturing technologies across the country if we follow the European agricultural model, just like France, and implement the Common Agricultural Policy (CAP) action plan and the “Farm to Farm” strategy. Table “. There should be high-level interactions between the leaders of the two nations that can help us further strengthen bilateral relations with France. Going forward, Pakistan’s Ministry of National Food Security and Research should adopt France’s priority for CAP reforms for environmental ambition, which should be followed strategically, as France prefers to cultivate protein-rich crops using linked support and system maintenance, such as planting permissions.

It is vital to focus on rural poverty, to capture and make agricultural policies in Pakistan more progressive and accessible than in France. Subsidies and other incentives for poor farmers should be designed to encourage small farmers to actively participate in making agriculture more productive, flexible and sustainable. This will help us encourage marginalized farmers to participate in rural development. If we follow the Common Agricultural Policy (CAP) agenda of France and partner with them with the aim of expanding and scaling up successful models and projects in Pakistan by developing all relevant agricultural sectors, it will support not only Pakistani agriculture, but will also promote the value chain. – centered agricultural development. These intensive growth strategies and projects will facilitate and promote value chain development in Pakistan.