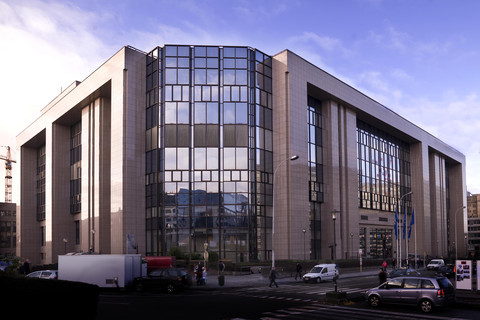 Poland threatens to veto Fit for 55

At its heart is a review and extension of the EU’s Carbon Emissions Trading System (ETS). Currently, the ETS system limits emissions in the electricity sector and manufacturing industry in Europe.

It is now planned to reduce the number of free allowances for the industry, which “will accelerate the pace of emission reductions”, according to the European Commission.

The committee also proposed to extend a separate ETS system to housing and navigation (ETS II).

“Let the market do the work. ETS is one of the best instruments we have,” Vice-President Frans Timmermans told MEPs on Monday. “Extending it to housing and markets is essential,” he added.

But Polish Climate Minister Anna Moskwa spoke out strongly against the plan. “If the Fit for 55 package contains solutions to the detriment of citizens, we will take all legal measures to veto them,” she warned.

“The dysfunctional and unreformed ETS system cannot be transposed to other industries, and an extension to buildings and transport is unacceptable,” she said.

The climate documents under consideration should be approved unanimously, she urged, because they touch on fiscal aspects.

“If we are to accept the ETS, we have to work in a spirit of compromise, and a qualified agreement does not work to guarantee that.”

None of the countries came out on Monday in as strong an opposition as Poland, although Czech Minister Karel Havlíček last week expressed support for a suspension of the new ETS rules, and Cyprus is also against it. expansion of the system.

However, many countries including Spain, Hungary, Luxembourg, Belgium, Sweden, Latvia, Lithuania, Ireland, Slovakia, Romania and Malta have expressed unease over the impact of prices. on citizens if ETS is extended to housing and transport.

The Netherlands and France, both ETS supporters, expect the debates to continue next year.

Germany, Finland, Croatia and Denmark have also all supported the ETS system and its extension to housing and transport.

“I understand a lot of people are going to lie and say that the energy crisis is a consequence of what we are trying to do with our climate transition. This is wrong,” he said, without naming names. “Consumer prices in the energy market in Portugal have been stable for years, because we have invested in renewable energies.”

He also urged his EU colleagues to iron out the differences as soon as possible.

“There are concerns about the fairness of the transition, and we also have concerns about extending the ETS system to roads and housing, but we need to end our use of fossil fuels,” he said. -he declares.

“Climate law is compulsory for everyone. We must invest and grow our economies […] It is not conceivable that we will not come to an agreement during the [EU] presidency “, which will start in January and last until the end of June.

Timmermans told EU ministers that member states will have to set out their position in the coming months.