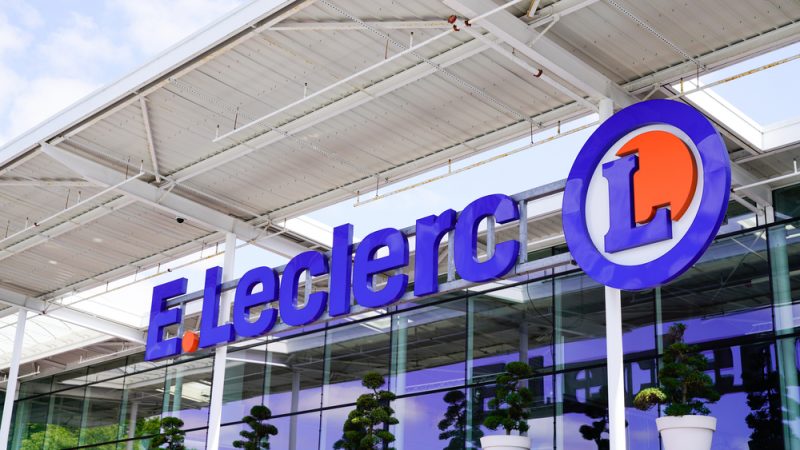 Political leaders are ill-prepared to deal with rising prices when tackling opportunistic inflation should be a priority in the coming months, said Michel-Edouard Leclerc, president of the E. Leclerc cooperative, the one of the largest supermarket chains in France, in an interview. with EURACTIV.

France’s headline inflation rate is 5.8% in September, but food costs are expected to rise by around 12% by the end of the year. The general economic outlook is no better, as while growth is expected to reach 2.7% in 2022, it will fall to 1% in 2023 – a figure that the French Central Bank considers “optimistic” and well above its own estimates. 0.5-0.8%.

Leclerc said part of the blame for the current situation lies with a European elite that “grew up during times of deflation and never experienced inflation” combined with a lack of preparedness.

Moreover, while the 2021 data pointed to higher prices, the French Central Bank and the European Central Bank did not react.

This led to a situation where “a large majority of companies used the excuse of the war in Ukraine to change the narrative on the origin of inflation”, what Leclerc calls opportunistic inflation.

“Governments have been focused on offsetting the impact of inflation on families and households,” even though “we have to go into combat mode against opportunistic inflation,” he said.

On the topic of the “solidarity contribution,” an idea European Commission President Ursula von der Leyen introduced in her State of the Union address on September 14, Leclerc was unconvinced.

“I don’t think consumers would benefit. I would rather seek greater market regulation through price caps or effective competition rules.”

That said, Leclerc stressed that he was “shocked when I see the margins that some companies are making: these companies that have received state aid during the COVID crisis. People are angry and confused, and I’m afraid some business leaders are unaware that this may pose a risk.”

State intervention to control rising energy prices has been extensive across the EU. This is particularly the case of France, which experienced the lowest inflation rate in the entire euro zone. But Leclerc believes this should also be implemented for businesses.

On food sovereignty, Leclerc said it “is crucial, but we are not asking the right questions”, adding that the EU’s agricultural subsidy programme, the Common Agricultural Policy, “has a key role to play if only it can be modified to adapt to new modes of production”.

In addition, he said, greater harmonization is needed within the EU to avoid tensions between producers.

“Tensions exist between EU producers. A French producer can sometimes find it difficult to compete with its Spanish, German or Polish counterparts due to lower production costs or larger production plants.

Taking a different position from that of food producers, he welcomed the recent adoption by the European Parliament of a compromise text aimed at including maize, poultry and pork in the new EU law against deforestation-related imports – a move widely criticized by food industry representatives as having the potential to fuel supply chain shortages and price inflation in the EU.

“It’s a good thing. We are continually talking to NGOs about this and have taken steps to ensure that imported products such as soy do not contribute to deforestation.”