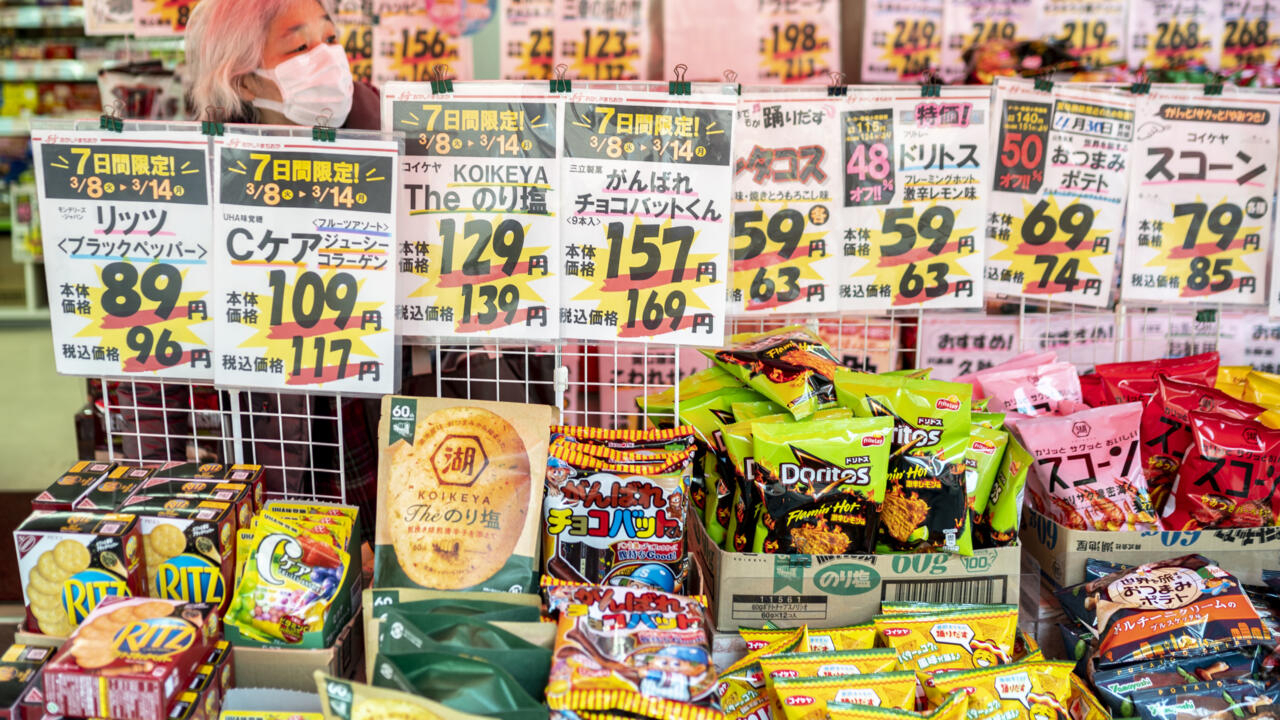 Prices in Japan are finally going up, but will it last?

Tokyo (AFP) – From rice balls to diapers, prices are rising in Japan. But unlike the inflation seen in many other places, the increases have long been sought but are also unlikely to last, analysts say.

Since the 1990s, the country has oscillated between periods of soft inflation and deflation, where prices fall, both considered bad for growth.

The central bank has tried a series of policies, including pushing interest rates to rock bottom to encourage spending and hitting a 2% inflation target seen as key to boosting prosperity in the world’s third-largest economy.

It didn’t work: in 2021, commodity prices, excluding volatile fresh produce, fell by an average of 0.2%.

But the demand for pandemic recovery, along with the surge in oil and other war-related commodities in Ukraine, may finally achieve what the Bank of Japan has not been able to.

The maker of children’s beloved corn snack, Umaibo, was even forced to apologize for ‘turmoil’ caused by rumors ahead of a two-cent US price hike, the first increase since its debut in 1979.

Other increases have also hit the headlines in a country where wages and prices have been stagnating for a long time.

The increases have been difficult to achieve, according to Oxford Economics’ Shigeto Nagai.

The so-called lost decades following the Japanese boom of the 1980s “reinforced a deflationary mindset” among consumers, he told AFP.

“People believe wages and prices won’t go up,” so companies fear losing ground to competitors if they set higher prices, he said.

On a busy, narrow street in eastern Tokyo, shopkeepers said they felt pressured by a pandemic slowdown and higher costs for essentials such as cooking oil, flour and fuel.

But many prefer to absorb the additional costs rather than pass them on.

“We’ve been in business for over 70 years…we’re extremely close to our customers,” said Satoshi Okubo, whose family-run shop sells sweets and chewy udon noodles.

“For now, I’m swallowing the increased costs,” he told AFP. “We will only decide to increase our prices when it becomes absolutely necessary.”

Some companies have instead chosen to reduce the size of products while leaving the price unchanged, a decision called “shrinkflation”.

But that risks irritating customers like Masayuki Iwasa, 45, who since 2020 has been documenting on his website “Neage,” which means “price hikes” in Japanese, falling goods and price hikes.

Despite the challenges, prices have been climbing in Japan since the fall, albeit at a blistering pace seen in Europe or the United States, where inflation recently hit a 40-year high of 7.9%.

This level, however, is “not sustainable”, Nagai said, as it is determined by external factors and intensified by a weaker yen.

One of the keys to achieving more sustainable price increases is raising wages, which companies have kept low for decades, in part to avoid raising the cost of products to consumers.

Lifelong, benefits-laden jobs have been replaced by cheaper part-time jobs, often held by women, and even those with lifelong jobs have seen their wages rise paltryly.

Prime Minister Fumio Kishida has made wage increases a central part of his economic policy, calling on companies to raise wages by 3% in annual spring wage talks.

However, recent years have produced only marginal increases, with unions prioritizing job protection, and early negotiations this year have been disappointing for Kishida and the unions.

Nagai also warns that unexpected events such as the wave of the Omicron variant coronavirus could impact efforts to raise inflation.

“We were hoping for consumer ‘revenge consumption’ (after pandemic restrictions), but many households have really seen a sharp deterioration in their real disposable income,” he said.