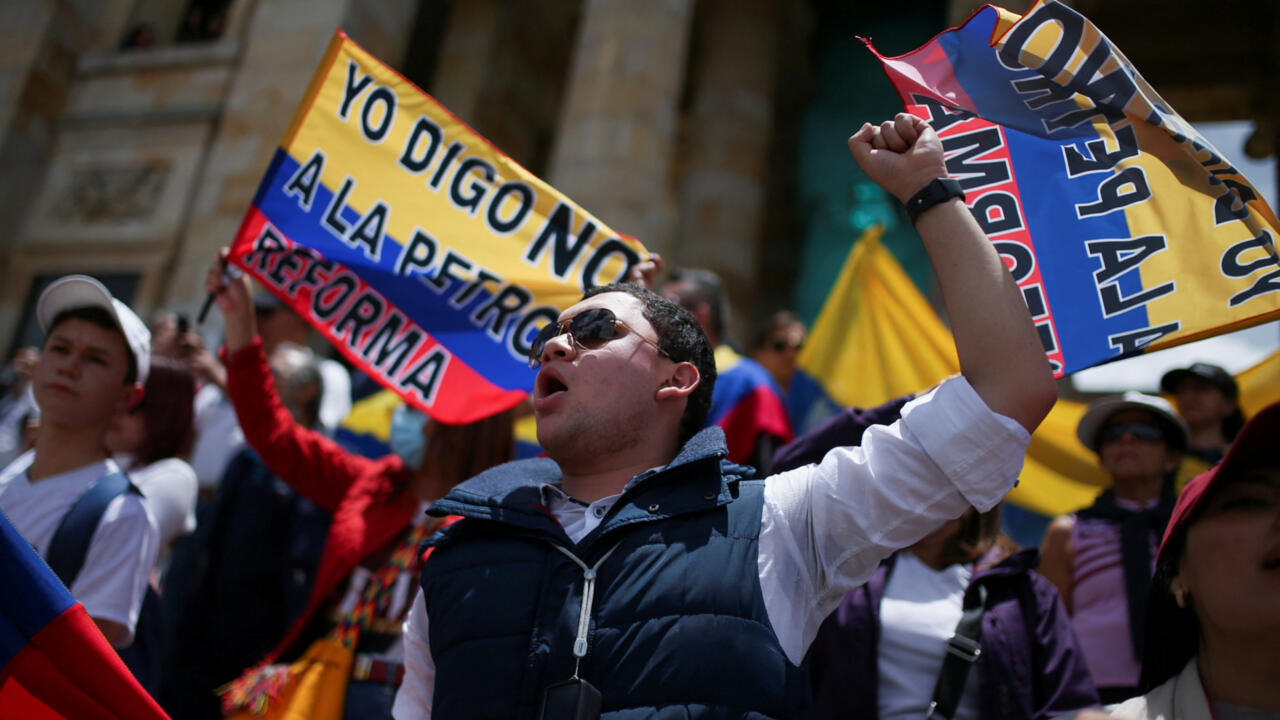 Thousands of protesters marched on Monday against economic and social reforms proposed by left-wing Colombian President Gustavo Petro – who he says will fight inequality – just 50 days after taking office.

Petro, 62, has vowed to seek ‘total peace’ through deals with rebel groups and criminal gangs and has asked lawmakers to approve a tax reform that would raise $5.6 billion for social programs next year.

The reform would raise taxes on those earning more than $2,259 a month, about 10 times the minimum wage, and eliminate exemptions.

Petro built a majority in Congress through alliances with various parties. The right-wing Democratic Center party, led by former President Alvaro Uribe, has led much of the opposition to its proposals.

Some 5,000 people, many of whom held signs with slogans like “no to tax reform”, marched in Bogota, according to the town hall.

Some protesters compared Petro’s governance so far to authoritarianism and said objections to his administration would grow.

“Mr. Petro, you are wrong in the way you govern,” said computer scientist James Duque.

“It hurts my retirement, my health care, private property, we have to respect families,” protester Francisco Arias said in Plaza Bolivar in central Bogota.

Petro said in a tweet that he respects the protesters’ right to speak out but his government also has the right to fight misinformation.