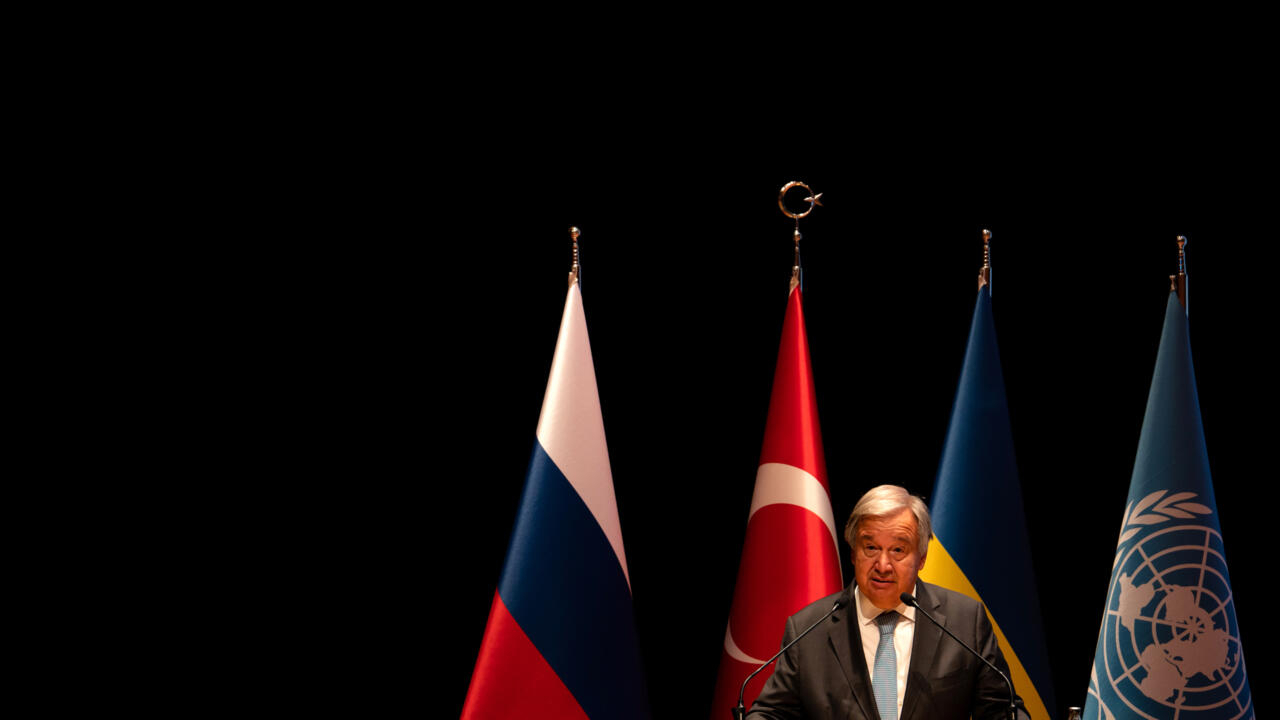 Istanbul (AFP) – Russian fertilizers and agricultural products must be able to reach world markets “unimpeded” or a global food crisis could strike as early as next year, UN Secretary-General Antonio Guterres said on Saturday.

“It is important that all governments and the private sector cooperate to bring them to market,” he said from the Joint Coordination Centre.

The CCM oversees the implementation of the Ukrainian grain export agreement signed in July by Kyiv and Moscow with the United Nations and Turkey as guarantors.

The agreement also guarantees Russia the right to export its agricultural products and fertilizers despite Western sanctions.

“What we see here in Istanbul and Odessa is only the most visible part of the solution. The other part of this comprehensive deal is unhindered access to global markets for Russian food and fertilizers, which are not subject to sanctions,” said António Guterres. said, adding that despite this, Russian exports of fertilizers and agricultural products still faced “hurdles”.

“Without fertilizer in 2022, there may not be enough food in 2023. Getting more food and fertilizer from Ukraine and Russia is crucial to further calm commodity markets and lower prices. for consumers,” he said.

António Guterres visited Ukraine this week, where he met with Ukrainian and Turkish Presidents Volodymyr Zelensky and Recep Tayyip Erdogan in the western city of Lviv on Thursday.

He traveled to the southern city of Odessa on Friday.

Earlier on Saturday, he visited the UN-chartered first aid vessel to transport Ukrainian grain to the southern shore of Istanbul in the Sea of ​​Marmara.

The Brave Commander left the Ukrainian port of Pivdenny on Tuesday with 23,000 tonnes of wheat before crossing the Bosphorus on Wednesday evening.

The UN chief promised on Thursday that his organization would try to “increase” grain exports from Ukraine before the onset of winter, as they are crucial to the food supply of many African countries.

In Ireland, meanwhile, the Panamanian-flagged Navi Star, carrying 33,000 tonnes of grain, arrived two weeks after leaving the main port of Odessa in southern Ukraine, one of the first starting after the July agreement.

“We expect Russia to fulfill its commitments under the Black Sea Grain Initiative.”

Ships must use a safe corridor to travel in the Black Sea and then be inspected by the JCC before being allowed to cross the Bosphorus Strait.

Grain exports from Ukraine, one of the world’s leading producers and exporters, were blocked for several months due to Russia’s invasion of Ukraine in February, raising fears of a global food crisis.

2022-08-20
Previous Post: The world’s rivers are drying up due to drought and heat. This is what 6 looks like from space
Next Post: Spanish electricity supplier Iberdrola does not renew French contracts