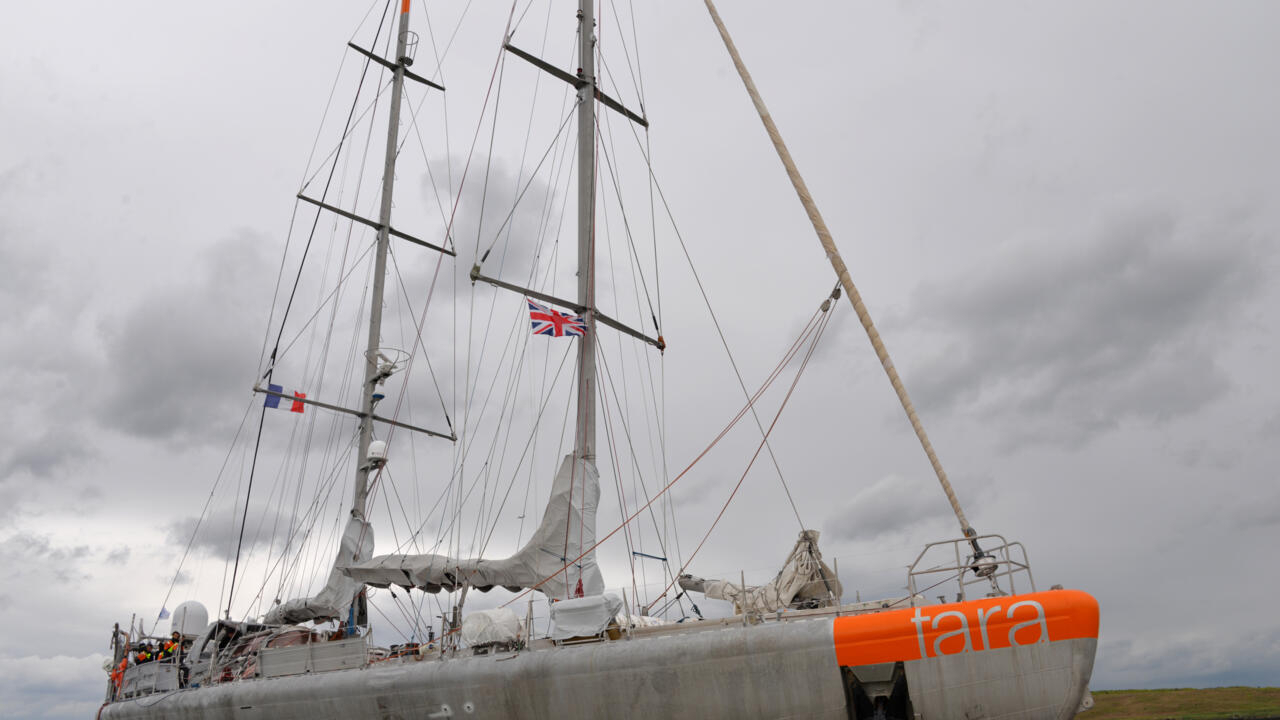 Cape Town (AFP) – Scientists began a five-month mission on Saturday to study the impact of plastic pollution in Africa’s major rivers and the stresses of climate change on microorganisms in the Atlantic Ocean, they said.

The survey is being organized from the 33-year-old research schooner Tara, which arrived in Cape Town in South Africa on Friday ahead of the expedition to the West African coast.

Researchers will analyze how nutrients and pollution from major African rivers – the Congo, Orange, Gambia and Senegal – affect the Atlantic.

They will trace the sources of plastic pollution at the mouths of rivers, to understand their distribution and the types of materials involved.

The research station will also cast nets up to 1,000 meters below the surface of the ocean, to collect samples of ecosystems called “microbiomes”, to be analyzed in terrestrial laboratories. The data collected will help answer key questions about the world’s oceans.

Researchers will also study the Benguela Current, which flows from South Africa to the Namibian and Angolan coasts.

It pulls cold water from the depths of the ocean in a process known as upwelling, bringing nutrients to the surface.

“You get more nutrients here than anywhere else in the world,” Emma Rocke, a 42-year-old researcher at the University of Cape Town who works on the ship, told AFP.

“Understanding this and characterizing it at the microbiome level is something that has never been done, and more importantly, it’s not integrated into climate change models.”

She said reports from the UN’s Intergovernmental Panel on Climate Change published so far do not consider the microbiome, “yet without it, ocean life would not exist.”

Marine biologists would later study an upwelling current off the coast of Senegal, the third strongest in the world after Benguela and the Peru-Chile upwelling system.

The Tara ship is on its 12th global mission and involves 42 research institutes around the world.

“There is very little data on this type of microbiome, the microscopic species, in this ecosystem,” he said.

Thulani Makhalanyane, 37, professor of microbial ecology and genome at the University of Pretoria, will focus on the effects of agriculture and plastic pollution of African rivers.

“In coastal communities, we expect to see evidence of a high degree of pollution,” Makhalanyane said. “We’re also looking at other polluters that may not be as well characterized, things like antibiotic resistance genes.”

The ship left its home port of Lorient in France in December 2020 to embark on a 70,000 kilometer journey. Since then, he has crossed the coasts of Chile, Brazil and Argentina, as well as the Weddell Sea in Antarctica.