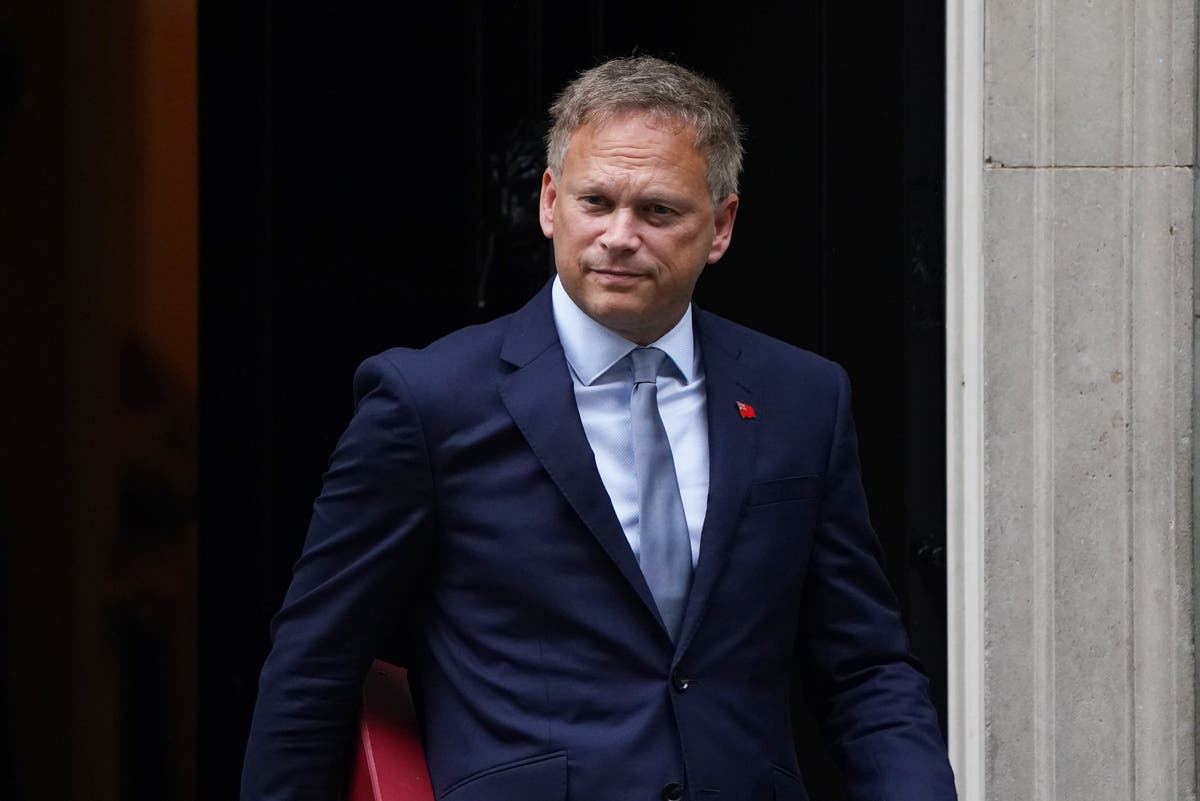 Transport Secretary Grant Shapps has been warned of a ‘new low-cost competitor’ which could present ‘challenges’ to P&O Ferries, during a meeting with the boss of the company’s parent company l ‘last year.

The Department for Transport said that Mr Shapps had not been informed of any planned layoffs, and it is understood that Mr Bin Sulayem’s comments were considered open-ended and gave no clear indication of the planned layoffs, nor on how the company ended up executing them.

According to the minutes, during a meeting during a visit to the United Arab Emirates on November 22 last year, Mr Shapps told Mr Bin Sulayem: “I am aware of the problems with P&O. I recognize that you will have to make trading decisions, but please keep us informed.

Labour’s shadow transport secretary Louise Haigh said Mr Shapps ‘didn’t seem to raise a single word of concern for labor when he had the chance’.

She said: “Throughout this scandal, every opportunity to save jobs has been missed and hundreds of British workers are paying the price.”

Mr Shapps said he was unaware of P&O’s actions until he stood at the dispatch box in the Commons, and said the company was trying to ‘entertain attention’ of his failure to provide notice of job cuts claiming that she informed him of her plans. Last year.

Mr Hebblethwaite said on Thursday that Mr Shapps was aware of the plan to cut jobs in November.

Asked if Mr Hebblethwaite was lying about it, the Transport Secretary told Sky News: ‘I think we can all see that what they are trying to do is distract . The point is that they had to give 45 days notice to ministers, actually the secretary of state for business, if you do these kinds of dismissals.

“They didn’t do that, they didn’t provide the notice.”

Asked when he first became aware of the crisis at P&O, he said: ‘I was actually at the dispatch box on Thursday when news started coming out of it. For completeness, I must say that the night before I was informed by my office that there would be another round of layoffs at P&O.

“But P&O have done layoffs in the normal way in the past, including particularly during coronavirus, and so that in itself, although obviously really unfortunate – if they had gone through the normal consultation process, worked with the workers, worked with the unions, we would not be sitting where we are today.

Mr Shapps said Mr Hebblethwaite should resign after his ‘brazen’ comments to MPs where he admitted breaching employment law.

Speaking on Good Morning Britain, Mr Shapps promised to ‘make sure the laws are changed to stop them using loopholes like flagging their ships in Cyprus to avoid and evade UK law and not warning of what they were doing, and not talking to the workers and the unions”.

The Transport Secretary told Sky News: “I thought what the boss of P&O said yesterday about knowingly breaking the law was brazen and breathtaking, and showed incredible arrogance.

Asked if that means he’s asking Mr Hebblethwaite to step down ‘now’, he replied: ‘Yes’.

Asked later if the Prime Minister backed the call for Mr Hebblethwaite to step down, a Number 10 spokesman replied: ‘Yes’.

On Thursday, Mr Hebblethwaite was urged by MPs to resign after acknowledging there was ‘absolutely no doubt’ the ferry operator was required to consult with unions.

The company replaced its teams with cheaper temps last week.

The chief executive admitted new crew were paid below the UK minimum wage, except on domestic routes, but insisted this was allowed under international maritime rules.

Mr Hebblethwaite, whose basic annual salary is £325,000, said the average hourly wage for the new crew was just £5.50.

Mr Shapps said: ‘What I’m going to do… is come to Parliament this week with a package of measures that will both close all possible loopholes and force them to turn around on this.

“We don’t have people working from UK ports… plying regular routes between here and France or here and Holland, or (anywhere) anywhere else, and not paying minimum wage. This is simply unacceptable and we will force that to change.

“P&O will have to rehire people with the appropriate wages,” he said, confirming that would mean the national minimum wage.

The rail, maritime and transport union said it would meet P&O Ferries on Friday to demand the reinstatement of the dismissed seafarers.

The union is also staging a protest next week outside the Glasgow offices of Clyde Marine Recruitment, claiming the company has hired workers to replace some of the seafarers made redundant by the ferry giant.

A spokesman for Clyde Marine Recruitment told the PA news agency: ‘We are disappointed that the RMT and Nautilus continue to target our small business.

“We spoke with them and explained the limited number of people involved in this situation, many of whom were on board before P&O laid off their workforce, and yet they continue to unfairly put us forward.”

TUC general secretary Frances O’Grady said it was a “watershed moment” for the UK shipping industry and workers’ rights.

“The (P&O) owner must be granted pariah status and lose all shipping and freeport contracts with immediate effect until the workers are reinstated.”