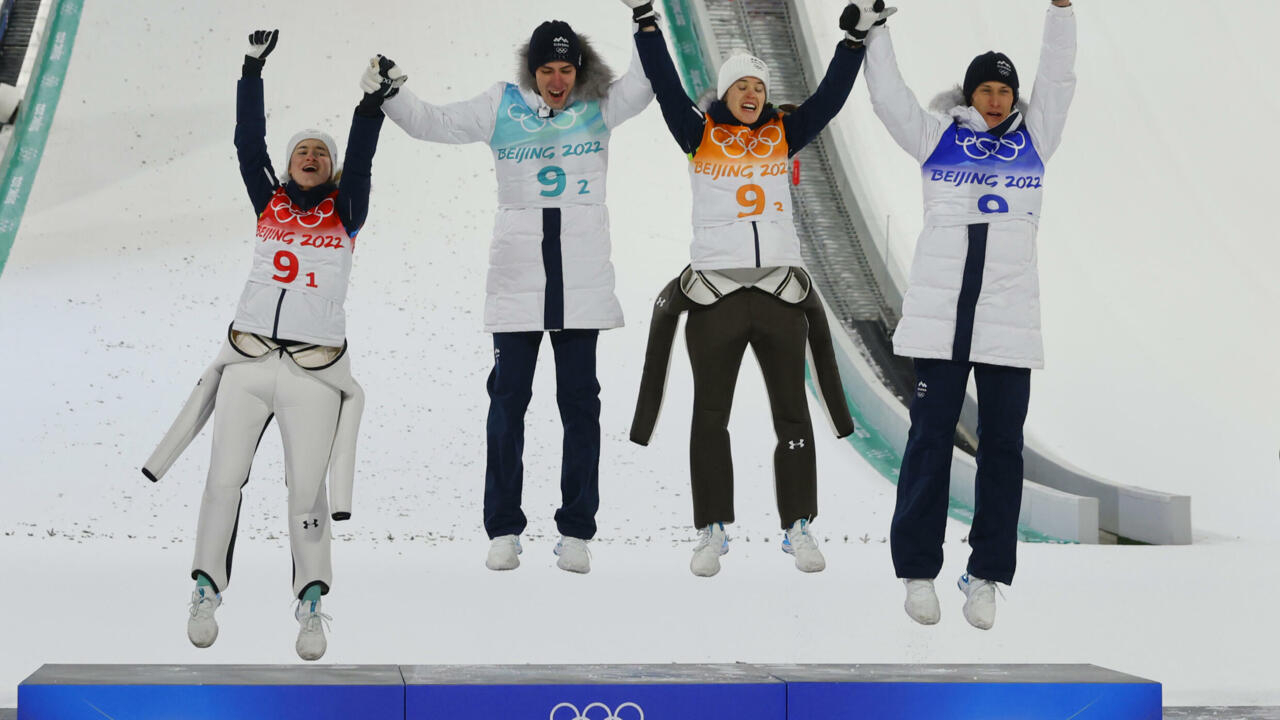 Zhangjiakou (China) (AFP) – Slovenia won the first Olympic mixed team ski jumping competition at the Beijing Games on Monday, but the event was dominated by an unprecedented series of disqualifications.

Five jumpers have been disqualified for wearing baggy jumpsuits – believed to give athletes an advantage when flying through the air.

The disqualified jumpers were women from the German, Japanese, Norwegian and Austrian teams.

Germany, four-time mixed team world champions, were eliminated in the first round after Katharina Althaus was disqualified.

“The disappointment is of course huge, but the rules have to be accepted. It’s just strange that they used the same combinations yesterday and there was no problem,” said German coach Stefan Horngacher.

“It’s annoying that this is happening at the Winter Olympics. This should all be sorted out before then,” he said, adding that it was “not good for the sport”.

Disqualifications in ski jumping are not rare but it is rare to see so many in the same competition.

Austrian Manuel Fettner said “usually you make it clear that everyone knows what’s allowed and what’s not”.

Some jumpers bristled when the focus was on disqualified athletes.

Canadian Alexandria Loutitt says the rules are “more important” at the Olympics.

The controversy threatened to overshadow the competition itself, which Slovenia won overwhelmingly.

She was in imperious form again, combining with women’s bronze medalist Nika Kriznar, Timi Zacj and Peter Prevc to win another title.

“All medals are really good for the development of the sport,” Prevc said.

“At the moment in Slovenia there are a lot of children jumping on the snow while there is still some left from December. And it is also the result of long years of good work with the coaches and everything else around from U.S.”

Kriznar admitted that the string of disqualifications started playing in his mind during the competition.

“For the first jump, I focused and had a really good jump,” she said.

“But the second jump, I’m a little nervous about all these disqualifications.”

Japan, led by men’s normal hill champion Ryoyu Kobayashi, finished fourth after advancing to the final round following a disqualification by Sara Takanashi.

Takanashi, who finished fourth in the women’s individual event as she was coveted for the title, burst into tears after landing her second vault.

“I’ve seen a lot of Olympics but it was the first time I saw something like this,” said teammate Yukiya Sato.

“I was surprised, but jumpers prepare knowing the rules and it’s a competition so it’s not that strange to see that happen.”