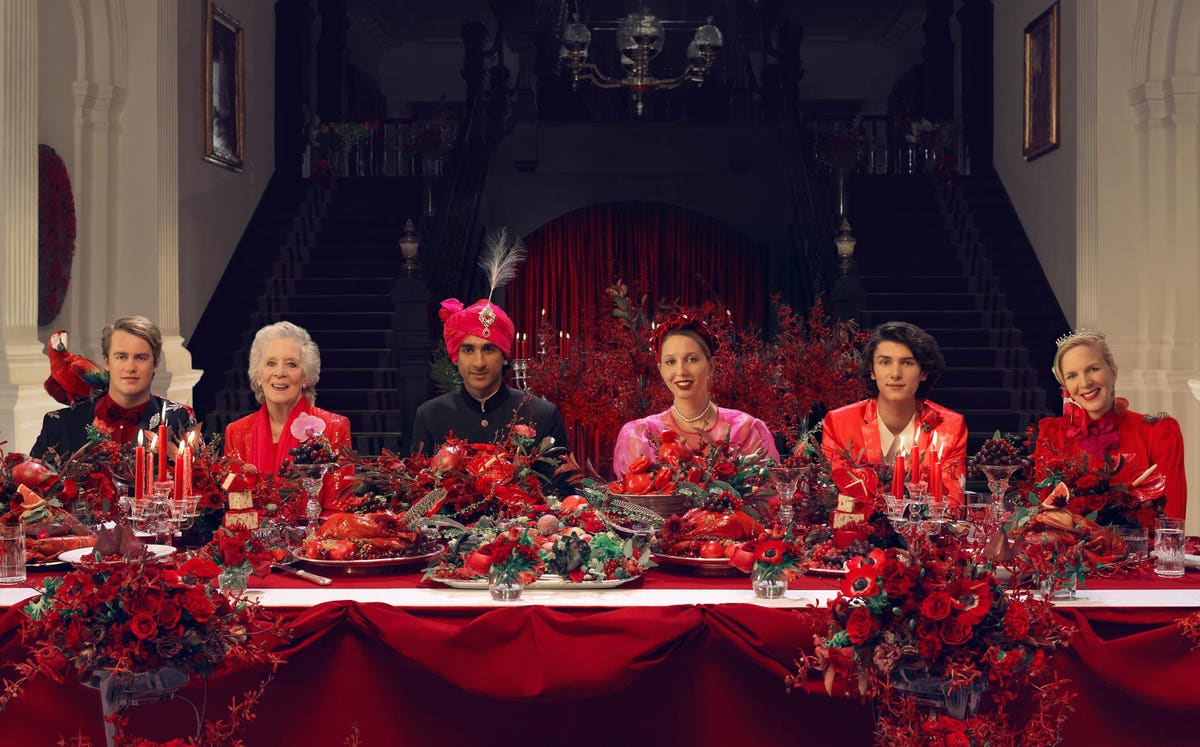 Jean-Guilhem Lamberti, Creative Director at Accor, confides in me: â€œAccor has many brands with the most incredible DNAs. Raffles’ very first ad referred to his connection to royalty. For his renewed ambition and his strong development plan, we immediately thought of Peter Greenaway to bring together the most impressive cast. The strongest names, the monarchs whose families have ruled for centuries, one crowned the unofficial Maharaja of Jaipur. A Danish prince of Chinese origin. A princess of Franco-American origin proudly bearing the name of her beloved Greece on her passport. A mother and daughter from the only family to have ever worn the royal and imperial titles, descendant of Empress Elisabeth of Austria and Marie-Antoinette, Queen of France. Cousin of Lady Diana and descendant of Sir Winston Churchill. We introduced the project to each member personally and were amazed at how familiar they were with the brand, its iconic landmark in Singapore and other Raffles properties around the world. With an instinctively inherited poise and etiquette, they naturally exuded a charisma and panache that we immediately fell in love with.

The campaign arrives ahead of Raffles London’s scheduled opening at the Old War Office in late 2022, and features the following royal figures.

George Spencer-Churchill, Marquess of Blandford, was an avid pilot, polo player and adventurer. British aristocrat, he is the heir to the Duke of Marlborough, great-great-nephew of Sir Winston Churchill and relative of the late Princess Diana. For the campaign, he was filmed having a leisurely breakfast.

According to George, “I was very touched and honored to make the connection to the brand’s new landmark which will open next year in London’s Old War Office building in Whitehall, a location that served as the headquarters. to my great-great-uncle during WWII. I am more than delighted to welcome Raffles to London.

A member of the former ruling family of the state of Jaipur in present-day Rajasthan, India, Padmanabh was crowned unofficial Maharaja of Jaipur in 2011 and is the godson of Prince Charles. A highly accomplished polo player and representative of fashion brands Giorgio Armani and Dolce & Gabbana, Padmanabh is seen in the countryside riding a black stallion wearing a unique diamond and ruby â€‹â€‹Cartier brooch custom-designed for his grandfather.

According to Padmanabh, â€œIn my role, I represent the history of thousands of years and have a strong sense of duty to carry on the illustrious heritage of my ancestors. When I travel I always take formal wear, usually a Bandhgala – which is an Indian tuxedo. I am proud to represent my country and my culture. With the expansion of Raffles in India, including the recently opened Raffles Udaipur, I am very happy to be one of the new brand ambassadors.

Member of the Greek and Danish royal families, HRH Princess Maria-Olympia is the eldest child of Pavlos and Marie-Chantal, Crown Prince and Princess of Greece. His paternal grandparents are Constantine II of Greece and Anne-Marie of Denmark, who were the last king and queen of the Hellenes.

Growing up between London and New York, Maria-Olympia graduated in Fashion Business and Marketing and has collaborated with designers such as Dior, Zac Posen, Valentino and Dolce & Gabbana. In the new campaign, Maria-Olympia was asked to lure HRH Padmanabh with a green apple, alluding to the goddess Gaia and the Garden of the Hesperides from Greek mythology. She is then seen swimming in a pool filled with lotus flowers wearing an adornment of precious diamonds and emeralds from MUS.za.

According to Maria-Olympia, â€œRaffles is emblematic of so much history and sophistication, and the brand has hosted so many defining moments with fashionable icons throughout the ages. It was a real privilege and pleasure to ‘play dress up’ at a hotel as glamorous and historically significant as the Raffles Singapore. â€

Grandson of Queen Margrethe II of Denmark, HRH Prince Nikolai of Denmark occupies the seventh rank of the throne. He is the eldest grandson of Queen Margrethe and the eldest son of Prince Joachim. As a model, he appeared on the runway for Burberry at London Fashion Week in 2018 and opened for Kim Jones’ debut fashion show at Dior. Nikolai appears in the Raffles campaign in lavish Prada silk pajamas.

According to Nikolai, â€œI think it’s important to embrace traditions while breathing new life and energy into institutions. I love traveling in South East Asia – I have roots there. The people are so welcoming and I love the culture. Over the years, I have traveled frequently to Hong Kong, where my mother was born. It was very meaningful for me to work on the â€œHotel Royalty Since 1887â€ campaign in Singapore.

Anna Gabriele von Habsburg is the daughter-in-law of Empress Zita and Emperor Karl of Austria. She is the mother of HIRH Catharina von Habsburg.

Today she lives in Brussels and at 80 is a passionate horse rider, she also enjoys traveling and Raffles Europejski Warsaw is her favorite Raffles property.

According to Anna Gabriele, â€œI stayed at the Raffles Europejski Warsaw and found it to be a fantastic hotel. It is clearly a place full of history and soul. The suite I stayed in was huge with a fascinating mix of cultures and styles as well as influences from Polish artists. The city has changed so much since the last time I spent time there; I loved having a contemporary, timeless and sophisticated haven to relax.

HIRH Catharina von Habsburg is the granddaughter of Emperor Charles I of Austria and the daughter of Anna Gabriele. Catharina has written several books on notable women in her family, including Empress Sissi and Marie-Antoinette, Queen of France.

While filming, Peter Greenaway sat him down at Writer’s Bar at Raffles Singapore, where one of his favorite writers, Rudyard Kipling, sat and wrote The jungle Book. In her scene, she was asked to rewrite Queen Marie Antoinette’s last letter, which led to a very inspiring and moving moment.

According to Catharina, â€œThe Raffles Singapore is an almost legendary hotel. My mother (Princess Anna Gabriele von Wrede) and I wanted to be a part of the campaign because we love the Raffles brand and the fact that it is steeped in heritage and tradition. We are so lucky to have filmed the campaign at Raffles’ very birthplace. “