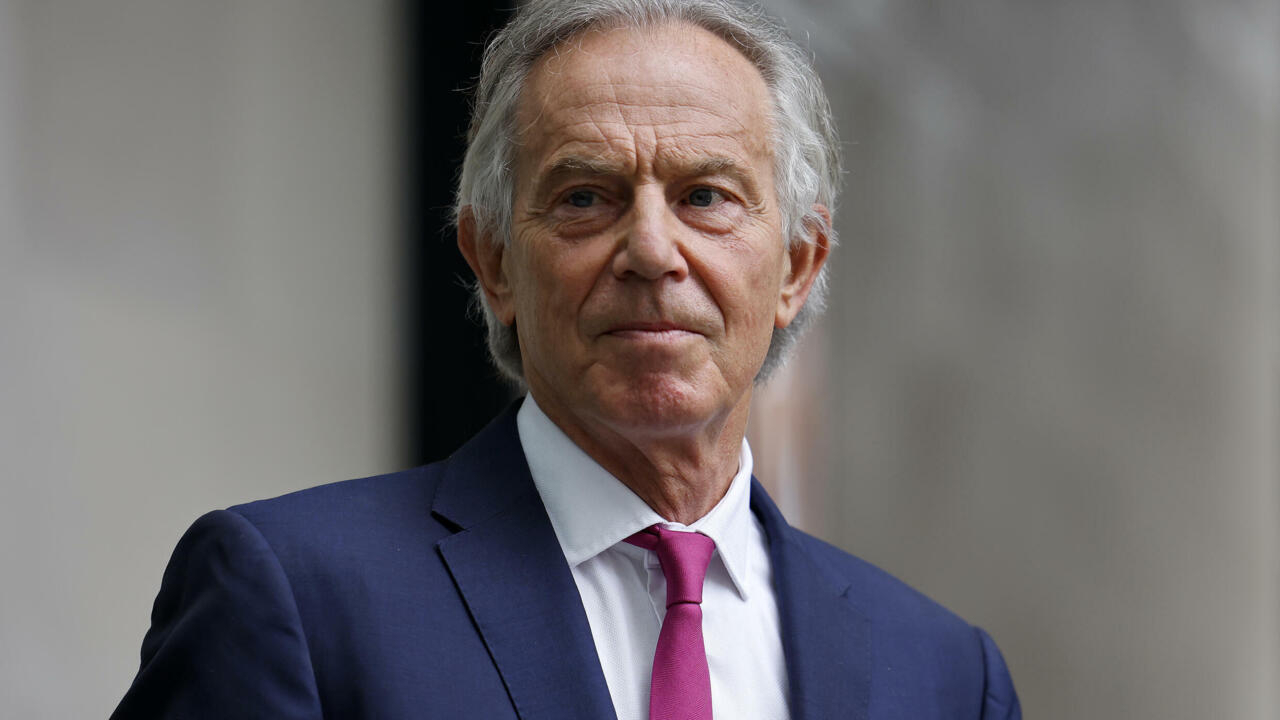 The Queen has personally named Blair a Companion Knight of the Noblest Order of the Garter, the oldest order of chivalry.

She had knighted former Tory Prime Minister John Major in this way in 2005.

Blair, now 68, defeated Major with a landslide Labor victory in 1997 and spent a decade in power.

His successes include securing the peace in Northern Ireland and the massive expansion of gay rights. But he has been widely vilified at home for his support for the 2003 US war in Iraq.

Blair said: “It is a tremendous honor to be named a Knight Companion of the Most Noble Order of the Garter, and I am deeply grateful to Her Majesty The Queen.”

The main list of New Year’s honors awarded the title of knight to Chris Whitty, the chief medical adviser to the British government, and the deputy chief medical officer of England, Jonathan Van-Tam.

Van-Tam in particular gained a cult following his colorful use of metaphors involving football and trains at Downing Street press conferences.

The Queen’s traditional annual honors recognize the achievements and contributions of people across Britain, including a minority from the worlds of showbiz, sport and politics.

Prime Minister Boris Johnson then approves the choices, before the Queen presents the honor in ceremonies throughout the year.

This time around, nearly one in five honors was linked to the virus, the Cabinet Office said.

The recipients “have inspired and entertained us and given so much to their communities in the UK or in many cases around the world,” Johnson said.

The government’s chief scientific adviser, Patrick Vallance, became a Knight Commander of the Order of the Bath after being knighted in 2019. His Scottish and Welsh counterparts were also knighted on Friday.

Vallance said he was “really happy” that the honors went to “those who have worked tirelessly in response to the Covid-19 pandemic”.

There was a lady for Jenny Harries, chief executive of the UK Health Security Agency, a government agency created during the pandemic.

The UK’s medicines regulator, the Medicines and Health Products Regulatory Agency, in December 2020 became the first in the world to approve the Pfizer vaccine. Its general manager, June Raine, also becomes a lady.

Daniel Craig, 53, who played James Bond for the fifth and final time in “No Time To Die”, released in September, has been named a Companion of the Order of St. Michael and St. George, a rare honor that author Ian Fleming awarded his fictional Bond.

American Bond film producer for more than two decades, Barbara Broccoli, has been appointed CBE, or Commander of the British Empire for services rendered to film, theater and philanthropy.

Actress Joanna Lumley, 75, who played Patsy Drinking Champagne on the BBC’s “Absolutely Fabulous” series, said she was “thrilled and touched beyond words” to become a lady.

Songwriter Bernie Taupin, 71, who along with Elton John has composed hits such as “Rocket Man” and “Candle In The Wind” has been appointed OBE (Officer of the British Empire).