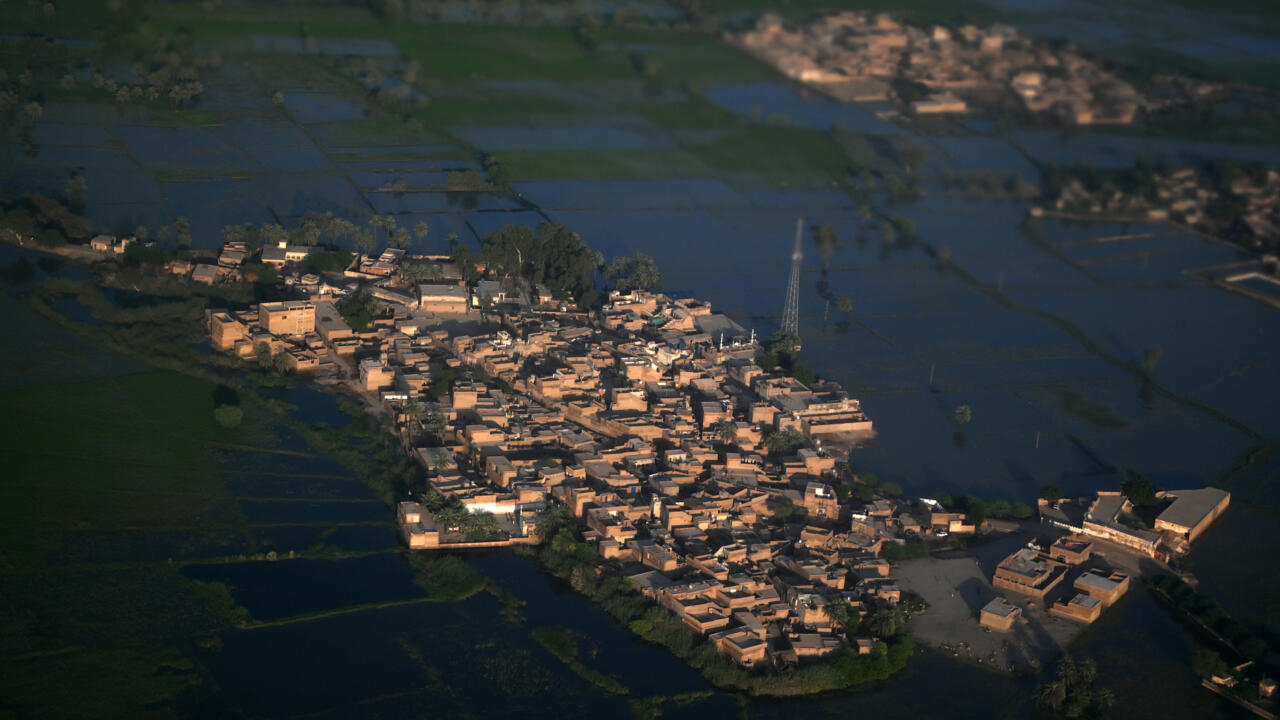 Nearly 1,400 people have died in floods that cover a third of the country – an area the size of the UK – wiping out crops and destroying homes, businesses, roads and bridges.

Guterres hopes his visit will galvanize support for Pakistan, which needs at least $10 billion to repair damaged infrastructure.

“Pakistan and other developing countries are paying a horrific price for the intransigence of big emitters who continue to bet on fossil fuels,” Guterres said in a tweet, shortly before heading to some of the worst-hit areas. by floods.

“From Islamabad, I make a global call: Stop the madness. Invest in renewable energy now. End the war with nature.”

Pakistan receives heavy rains – often destructive – during its annual monsoon season, which is crucial for agriculture and water supply.

But downpours as intense as this year’s have not been seen in decades.

On Friday, António Guterres lamented the lack of attention the world pays to climate change, especially the industrialized countries that scientists blame.

“This is madness, this is collective suicide,” he said.

Pakistan is responsible for less than one percent of global greenhouse gas emissions, but it is eighth on a list compiled by the NGO Germanwatch of the countries most vulnerable to extreme weather conditions caused by climate change.

Guterres will visit flood-affected southern areas on Saturday and will also visit Mohenjo-daro, a centuries-old UNESCO World Heritage site threatened by the deluge.

Some 33 million people were affected by the floods, which destroyed around two million homes and business premises, washed away 7,000 kilometers (4,500 miles) of roads and collapsed 500 bridges.

The effect of the torrential rains was two-fold: destructive flash floods in the rivers of the mountainous north and a slow accumulation of water in the plains of the south.

“If he comes to see us, Allah will bless him,” Rozina Solangi, a 30-year-old housewife from a flooded village near Sukkur, told AFP on Friday.

“All the children, men and women are roasting in this scorching heat. We have nothing to eat, there is no roof over our heads. So he has to do something for us poor people.”

The meteorological office says Pakistan received five times more rain than normal in 2022. Padidan, a small town in Sindh province, has been flooded by more than 1.8 meters (71 inches) since the start of the monsoon in June.

With people and livestock cramped, the camps are ripe for outbreaks, with many cases of mosquito-borne dengue fever reported, as well as scabies.