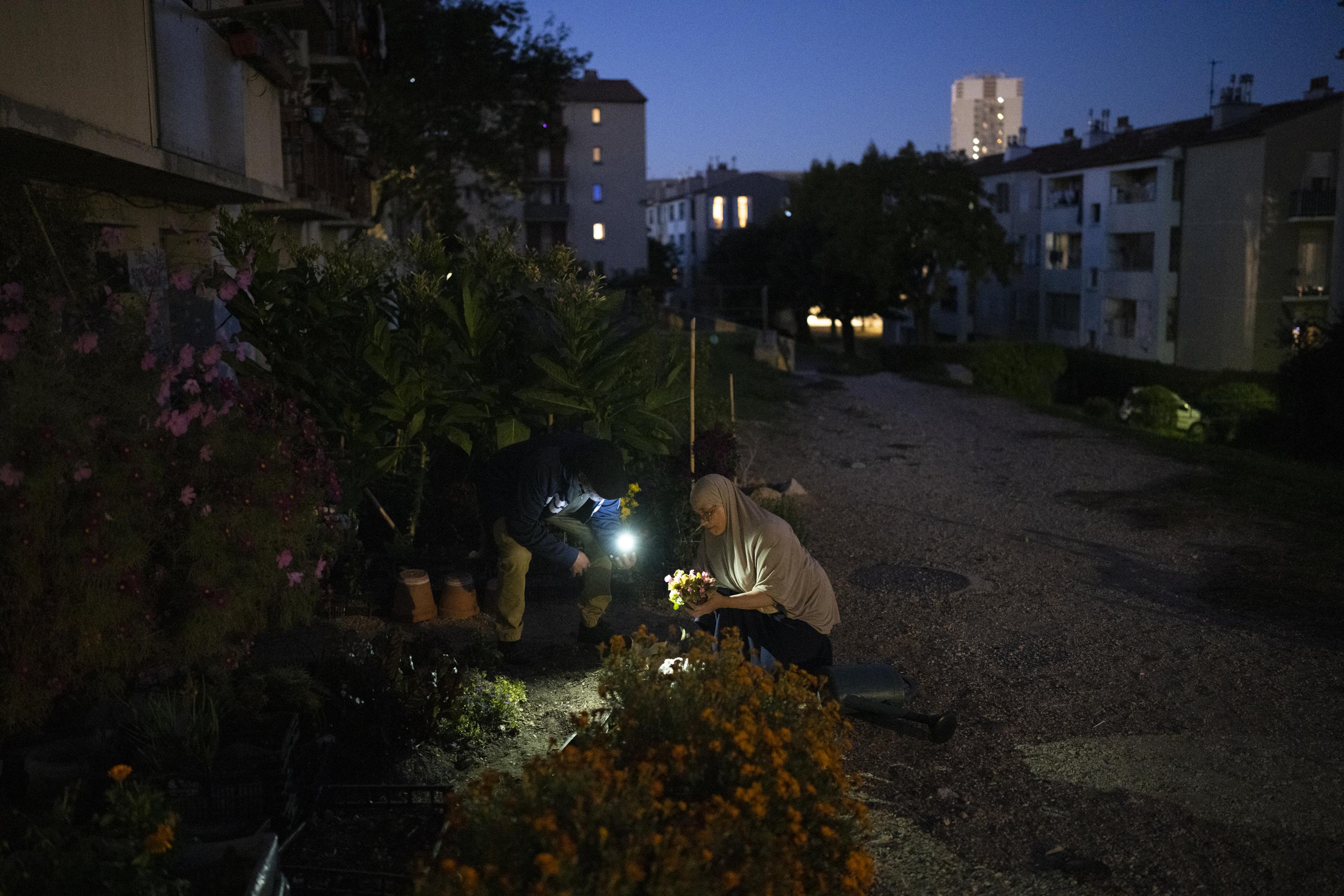 MARSEILLE, France (AP) – When Yaizid Bendaif moved into the CitÃ© SNCF social housing project seven years ago, he got permission to turn a patch of grass outside his house into a garden . Today, the small common ground between a concrete block of apartments and a high-speed railroad track in Marseille, France, is teeming with zucchini, radishes and rows of cabbage.

Bendaif, 62, is one of a growing number of residents who are reinventing life in troubled neighborhoods in the north of the French city through urban agriculture.

From state-funded campaigns to self-initiating residents, urban agriculture is changing the landscape and creating space for community in an area long marred by social neglect and drug-related violence.

“I want people to be able to support themselves, that they don’t have to depend on the state or some outside structure,” Bendaif said. â€œGrowing our own food is exactly that. When we bring that back, we also bring back all kinds of social ties that were quickly gone. “

Mahdi, an Egyptian immigrant who works as a painter in a Marseille cinema, serves tea to his garden neighbors after spending the morning digging.

His neighbor Mustafa only has time for his garden on weekends. He dresses for the garden in an oil-stained tracksuit from his auto repair jobs. And if he likes to grow vegetables, he complains about rats.

â€œThere are rats everywhere. They will always be a problem, â€conceded Bendaif. “You just have to keep working.”

He and his wife, Samia, say they have become self-sufficient thanks to their products. The couple have crates of tomatoes and cabbages at home. A table covered with drying peppers is in a guest room.

In the neighboring town of Frais Vallon, Houaria Belmaaziz gently plants a pea seed in a small garden shaded from the sun by four huge residential towers. She repeats the process until her seed cup is empty.

Since the creation of the shared vegetable garden for the inhabitants of Frais Vallon, Houaria has been a regular, cultivating ingredients to cook for her family. She brought her gardening skills from her childhood to the Algerian countryside.

More than 25 urban agriculture projects have emerged around Marseille in recent years, in a context of growing national awareness of environmental issues and interest in healthier food. Green spaces are particularly welcome in the northern districts of Marseille dominated by concrete, where the poverty rate is close to 50%.

The allotment gardens stand on a hill overlooking the Mediterranean Sea. Railway lines and highways cross the towers. Above all, French military veteran Joel Schaegis, 56, takes care of what he calls his “little paradise”, about 50 square meters (540 square feet) of hill which he has made his garden.

Gardens alone won’t solve neighborhood woes – Schaegis says he plans to quit the projects when he retires because they have become too difficult. But they give hope and respite.

â€œGoing up through the entrance to the garden at sunset is like being teleported to another world,â€ he says.