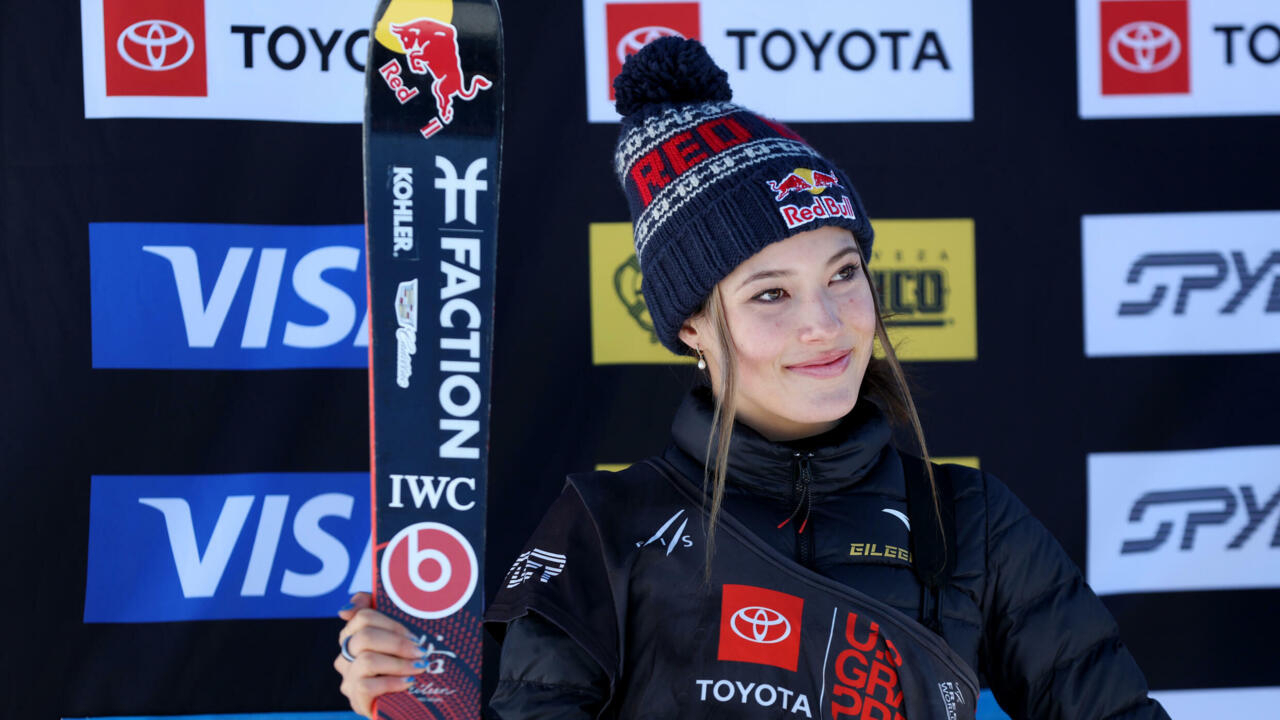 Beijing (AFP) – Eileen Gu is just 18, an A-level student and has set new standards in freestyle skiing – no wonder there’s a frenzy around her in China ahead of the Beijing Olympics this week.

Gu looks set to be the face of the Winter Games in the Chinese capital and expectations are sky high.

The teenager, who is also a model, was born in California to an American father and a Chinese mother, but represents China after switching allegiances to the United States.

It’s a loss for the United States but a big win for the Olympic hosts and Gu underlined why in her explosive debut last year at the X Games 2021, where she won two gold medals – a first for a female rookie at the event.

In November, she became the first woman to land a notoriously difficult trick – the “double cork 1440” freeski, which requires four rotations in the air – during a training session in Austria.

Gu arrived in the Chinese capital last week, posting a photo of herself eating dumplings — “finished them all!” — on his Weibo social media account, to the delight of his 1.3 million followers.

Gu grew up in the United States, but in June 2019 she made the “incredibly difficult” decision to compete for China, writing on Instagram that she was “proud of my heritage and equally proud of my American upbringing.”

China does not allow dual citizenship, so taking a Chinese passport should have meant giving up his US passport, although Gu did not confirm that was the case.

She recently told Time Magazine that she received death threats from online trolls angry at her move to Team China.

Her record-breaking performance at the X Games – where Gu was the first Chinese winner – prompted state media Xinhua to run a 1,000-word article asking if she was China’s “next sports icon?”

She is known in China as Gu Ailing, as well as the affectionate nickname “Frog Princess” after a green helmet she wore in competition.

“In the United States, I grew up with all these idols and I wanted to be that for someone else,” she told sponsor Red Bull in an interview.

“I get so many messages from Chinese kids saying I’m the reason they’re taking up skiing,” she added.

Gu, who first hit the slopes aged three, won his first freestyle skiing World Cup event aged 15 and won two golds and a silver for China at the 2020 Youth Olympics.

She graduated from a high school in San Francisco in 2020, 12 months early, so she could put her studies aside to focus on her Beijing 2022 training.

She reportedly scored 1,580 out of a maximum of 1,600 on the SAT, the test used for college admissions in the United States, and was offered a place at Stanford.

Fashion fan and part-time model, Gu has featured in Chinese Vogue and Cosmopolitan, while speaking out against harmful food culture and racism.

She is also an avid cross-country runner, although she told Chinese state broadcaster CCTV that her mother had banned her from doing “dangerous sports” other than skiing.

The pressure is mounting on the young athlete to shine at the Beijing Games, a few days from the end.

“I’m really excited, but I don’t think anyone going to the Olympics will say they’re 100% ready,” Gu told the International Olympic Committee website.

“The only thing I can do is give my best today.