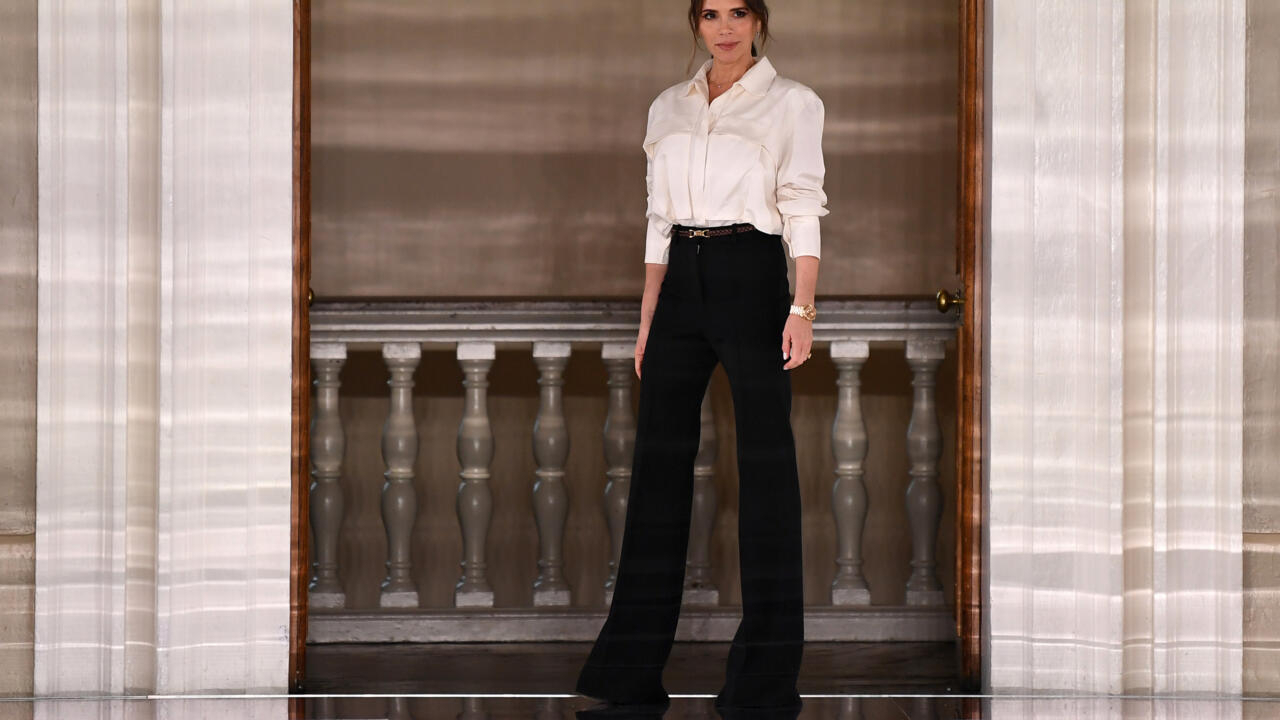 Paris (AFP)- After winning over critics in New York and London, Victoria Beckham is taking her step to the top of the luxury world with her debut at Paris Fashion Week, which opens on Monday.

“It’s the arrival of a very beautiful label. We are delighted that Victoria Beckham is among us”, declared to AFP Pascal Morand, president of the French Federation of Haute Couture and Fashion (FHCM) .

The 48-year-old Briton joins 104 brands in the official spring-summer lineup of ready-to-wear fashion shows in Paris, the most commercially important week on the fashion calendar.

A handful of brands are sticking to the online presentations that have become the norm during the Covid-19 pandemic.

But most of the big names are back in the live show swing, including Dior, Chanel, Saint Laurent, Stella McCartney and Issey Miyake, along with up-and-coming brands such as Weinsanto, which kick off on Monday.

Beckham held her first fashion show in New York in 2008 and has mostly presented there over the years, aside from a brief alliance with London.

But despite 250 global outlets for her clothes, 30 million Instagram followers and one of the world’s most famous husbands, Beckham’s company has always struggled to turn a profit.

In a bid to turn things around, it has recruited top French talent, including former FHCM chairman Ralph Toledano as chairman and Marie Leblanc de Reynies, former lead buyer at Parisian department store Printemps, as CEO.

“Victoria is not from the fashion world. She got into the business and at some point she needed to structure, organize and put the house in order, it’s what we have been doing for four years,” Toledano told AFP.

A successful cosmetics line, launched in 2019, has reduced losses, and the team hopes to break even in the coming months.

That means Paris Fashion Week, where Beckham will present on Friday – propelling her into the highest and most scrutinized events in the industry.

This is a sign of the durability of traditional fashion appointments, even as certain brands break with the relentless routine of the official calendar.

After declaring the entire system “obsolete” in 2020, he was back for the menswear showcase in June, before no longer showing up for womenswear – all without explanation.

“The label or the artistic director can make other choices. There is this freedom,” he said.

2022-09-24
Previous Post: European farmers warn of shortages due to energy crisis
Next Post: Oscar-winning American actress Louise Fletcher dies at her home in the south of France