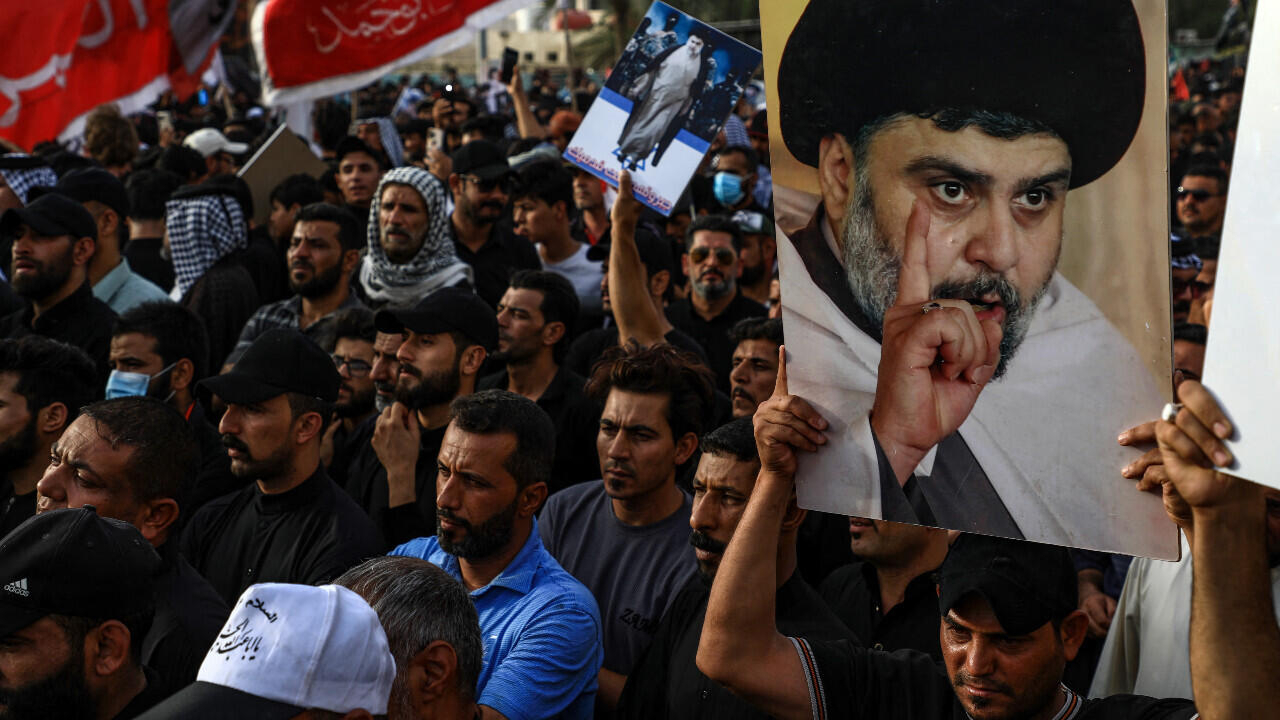 Who are the Shiite politicians vying to govern Iraq amid its political stalemate?

Majority Shiite Iraq has been paralyzed by a political stalemate for nearly a year. Tensions are rising between two powerful Shia factions: one loyal to nationalist cleric Moqtada al-Sadr, on the one hand, and an alliance of pro-Iranian interests led by former Prime Minister Nouri al-Maliki, on the other. go. FRANCE 24 looks back at the various players jostling for power.

Unable to agree on forming a new government and appointing a new prime minister, two very different manifestations of political Shiism have been embroiled in a bitter stalemate since Iraq’s October 2021 parliamentary elections.

On one side is the nationalist cleric Moqtada al-Sadr – the big winner of these legislative elections – who had hoped to put one of his allies in place as prime minister after forming a coalition with other religious communities. .

On the other side is the Pro-Iran Coordination Framework, a multi-party coordination group including that of ex-Prime Minister Nouri al-Maliki and the Conquest Alliance, the political wing of the Forces of Popular Mobilization, a former paramilitary group.

The Sadrist bloc called on Friday for the dissolution of parliament and new legislative elections. Al-Sadr supporters have been demonstrating with a sit-in outside the Iraqi parliament for nearly two weeks.

Al-Sadr’s pro-Iranian rivals initially agreed to new legislative elections under certain conditions. They are now demanding that a new government be formed before any new elections. At the end of July, they even presented their candidate for the post of Prime Minister: Mohamed Chia al-Soudani, former governor of the province of Missane, in the south of Iraq.

FRANCE 24 returns to the main Shiite actors who are driving political protest.

Al-Sadr highlighted how powerful he was in the 2021 parliamentary elections when his party won the most seats, with 73 MPs.

He had long been known in Iraq as the son of Ayatollah Mohammed Sadek al-Sadr, the champion of militant Shiism, whom Saddam Hussein assassinated in 1999.

But al-Sadr won infamy in the West in the 2000s as leader of the Mahdi Army, the militia that fought US troops occupying Iraq.

After his strong showing in last year’s legislative elections, he wanted to form a majority with his allies from two Sunni groups, Azm and Taqadom, as well as Masoud Barzani’s Kurdistan Democratic Party. But Iraq has instead found itself in the current stalemate.

The populist cleric is adored by his political base, who see him as the standard-bearer of Iraqi nationalism. But critics of the 48-year-old point to his frequent turnovers.

Given his popularity, al-Sadr has refused to cede power to his rivals and seems confident he can avoid doing so, assuming he would achieve good results if new elections are held.

Al-Sadr demanded the resignation of his deputies in June, leaving his opponents to try to form a government. The cleric then sent his supporters to occupy parliament on July 30, staying for nearly a week before moving their sit-in to his grounds. In particular, Sadrist protesters railed against the candidacy of al-Sudani, the candidate that al-Sadr’s rivals had put forward.

On Wednesday, al-Sadr said he was giving the judiciary a week to dissolve parliament.

Mohamed Chia al-Soudani is a seasoned politician from Iraq’s political elite. A former governor of the southern province of Missane, he also held several ministerial positions, including that of minister of employment and social affairs between 2014 and 2018.

As the Coordination Framework’s candidate for prime minister, al-Sudani, 52, could soon take on a new role as the preferred candidate of the alliance of pro-Iranian Shia groups against Moqtada al-Sadr’s camp. .

Al-Soudani quit former Prime Minister al-Maliki’s parliamentary coalition, to which he is close, in December 2019. He now clashes with both men as he fights for a renewed influence in Iraqi politics.

Widely described as “Iran’s man in Baghdad”, al-Ameri, 68, wields enormous influence over Iraqi politics. Analysts say the two people who really have the power to pull Iraq out of its stalemate are al-Ameri and al-Sadr, his arch-rival.

The former transport minister first rose to prominence in 2014 when Prime Minister Nouri al-Maliki gave him a role overseeing the fight against the Islamic State (IS) group in eastern Iraq, presumably at the request of Tehran.

Al-Ameri also saw his Badr militia – originally formed by Iran in 1982 during the Iraq-Iran war, then made up of Iraqi Shiites exiled in Iran – effectively integrated into a powerful paramilitary organization, the Mobilization Forces popular, which enabled him to establish himself as a key player in Iraqi politics.

In the 2018 parliamentary elections, the Popular Mobilization Forces’ political arm, the Conquest Alliance, won 48 of Iraq’s parliamentary seats. This put the bloc in second place behind al-Sadr’s political group.

But these days, the Popular Mobilization Forces are not so popular. Many Iraqis blame them for the murders and kidnappings of protesters against the country’s entire political class at the end of 2019. Thus, the Conquest Alliance has only 17 MPs left in the 2021 elections.

Al-Ameri disputes the results both through protests and through legal channels, and refuses to cede power to the Sadrists.

The 72-year-old is one of the major figures of Iraq’s post-Saddam era. Al-Maliki’s eight-year term as prime minister ended in 2014 when he lost support from allies in Tehran, Washington and, indeed, within his own Shia faction in the Iraqi parliament. .

Al-Maliki’s many critics accuse him of aggravating Iraq’s instability during his tenure – with some saying his authoritarian and bigoted approach has alienated Iraqi Sunnis and thus fueled the rise of the IS group. At the time, al-Sadr even called him the “new Saddam”.

But al-Maliki remains influential due to his alliance with al-Ameri, which makes him a prominent player in the Coordination Framework’s standoff with al-Sadr’s bloc.

This article has been adapted from the original in French.