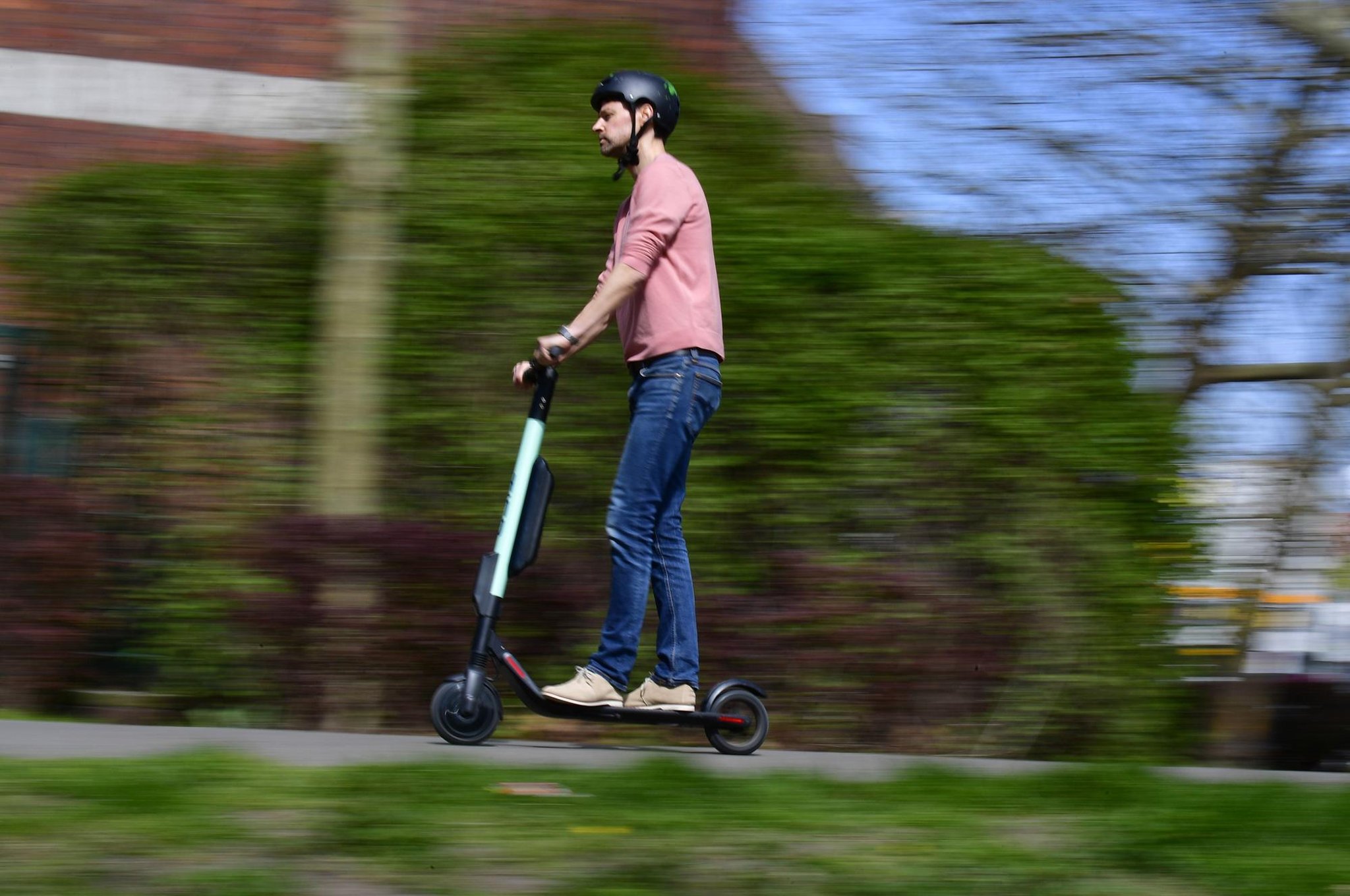 This is already the case in many countries around the world, including Spain, France and Germany, especially in urban areas.

Since 2020, the UK government has been working with local authorities and operators to conduct trials around e-scooter hire in towns and cities across England.

Register to our newsletter Opinion

These have been hugely popular, with over 15 million rides made so far.

We believe these trials, which have been going on for two years, provide vital lessons that should now pave the way for the permanent legalization of electric scooters in the UK, whether rented under shared or private use schemes.

This represents a real opportunity for Scotland, which aims to achieve net zero emissions by 2045 and reduce the distance traveled by passenger cars by 20% by the end of this decade.

This would include setting e-scooters to a high level of safety as well as bolstering the UK’s future ability to avail itself of innovative new micromobility options on two and more wheels.

E-scooter UK Law Change 2022: Are electric scooters legal on the road – no…

Currently, electric scooters that are not included in the trials can only be used legally on private land.

However, this has created a dangerous and dangerous situation, leaving many hundreds of thousands of unregulated vehicles operating illegally on public roads.

This change in law would significantly improve safety as it would subject electric scooters to appropriate regulations in areas such as braking, lighting, center of gravity, top speed and wheel size, as well as training. and driver behavior.

The increased use of electric scooters would also be a tool to help reduce car use in urban areas and therefore play a wider role in making streets safer from car accidents.

And it would help reduce greenhouse gas emissions from transport, while reducing traffic congestion, improving air quality and reorienting our streets away from cars.

This would benefit the environment and help governments meet their legislated climate change targets.

Transport is the biggest source of greenhouse gas emissions in the UK; its emissions in Scotland have barely fallen for more than a generation.

Until now, the UK was the only developed country without e-scooter legislation or a plan for it.

But that looks set to change, as UK Transport Secretary Grant Shapps told the Westminster transport select committee last week that the legislation would be announced during the Queen’s speech in the Commons next week.

This is very welcome, and we look forward to seeing the details of what is on offer.

The Department for Transport has also said it will publish a report summarizing the findings of an evaluation of recent trials later this year, and plans to launch a consultation on the legalization of electric scooters.

As seen through trials and in other countries, shared electric scooters are an asset to the transport mix.

They are a popular and efficient way to cover short distances and can complement other modes, especially when they are part of larger mobility hubs – highly visible, safe and accessible spaces where public, shared modes of travel and assets are bundled alongside improvements for the public. kingdom.

They relate to the removal of the private car from journey planning and, where appropriate, include improved collective equipment. They are also helping to create 20-minute neighborhoods, which aim to provide people with connected and walkable places to live.

No mode of transportation is accident free and e-scooter users, like cyclists and pedestrians, are at the more vulnerable end of the spectrum.

However, a study by the International Transport Forum previously found that accidents on e-scooters are no more likely than those on a bicycle, and a recent report by the Royal Society for the Prevention of Accidents found that e-scooters had a lower casualty rate than bicycles.

CoMoUK has worked with local authorities and operator stakeholders to gather the best available evidence from trials in the UK and to learn from experiences in other countries to ensure any improvements are taken up across the sector.

We believe there should be speed limits that can be changed using geo-fences for high pedestrian density areas and capped acceleration rates.

The weight of the users should be distributed as low as possible on the scooter and the vehicles should incorporate the best safety features.

Shared systems must also be priced fairly and opportunities must be sought to integrate e-scooters with other public, active and shared modes of travel.

They would operate similarly to bike-sharing initiatives, resulting in notable improvements in the physical and mental health of users, as well as a reduction in reliance on cars.

Operators of shared e-scooter systems should ensure that there is a user-friendly fault reporting process that removes vehicles from rental. They should also have proactive and reactive maintenance plans and provide a range of safety training such as online tutorials and scooter user information.

The new legislation is an opportunity for Scotland and the UK to respond to this imperative to improve safety, and we look forward to next week’s announcement from the UK Government.

It is important that Scotland and the UK do not miss this opportunity to eliminate the danger of unregulated vehicles, reduce transport emissions and support cleaner and more sustainable cities.

Richard Dilks is chief executive of Collaborative Mobility UK (CoMoUK), a charity in Scotland, England and Wales for the public good of shared transport. It conducts research with car club and bike share users and accredits operators.